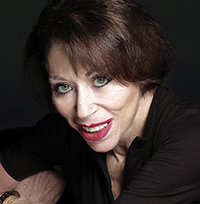 Susan Sonde is an award winning poet and short story writer. Her debut collection: In the Longboats with Others won the Capricorn Book Award and was published by New Rivers Press. The Arsonist is her fifth collection. Grants and awards include, a National Endowment Award in poetry; grants in fiction and poetry from The Maryland State Arts Council; The Gordon Barber Memorial Award from The Poetry Society of America. Her collection The Chalk Line was a finalist in The National Poetry Series. Individual poems have appeared in Barrow Street, The North American Review, The Southern Humanities Review, The Mississippi Review, American Letters and Commentary, Bomb, New Letters, Southern Poetry Review, among others.

Susan Sonde’s poems rise from the oldest and deepest stratum of language, a place where fire and darkness, nature and the unconscious merge into pure song. ~ Michael Simms

Arsonists are descended from dragons, and Susan Sonde is a poet with wings and teeth. She flies through centuries, blending a scriptural cadence with post-Modern shrieks. If Heaven and Hell need to have a hook-up before thinking of marriage, The Arsonist is that glorious, and frightening, first date. ~Barrett Warner, author of Why Is It So Hard to Kill You?

In the beginning was spark, the flint
edge of night, the intumescence
of place, a slow flameless accretion.
The snap out of sleep.
All knowledge shaken from the head.
The imprints of birds

trading cleanly against the sky.
The path that compasses their journey
circular. Each bird secured
as if by a wire to the sun.

Out of old rags and air he’s come
traveling thousands of miles
through the dark: terra incognita
fastening his dizziness in the way
of airsick on some

stable object, its boundary stones
not the moon’s but assasins’ skulls
their flesh hungry for his own, so that
he perceives the world

under aftermath’s axe, the blade
which hovers over every brow, wades
through every tear in stormboots.

The islanded peace of sleep
torn out from under him.
The insomnia given most frequently
to fleas, his too.

Fire, the heart’s desire
made all-embracing, capacious
as a sub-continent. Air’s mercenary:
mouth wide as a noctilucent cloud
shining in summer twilight.

Ghost-brother to a scrap of lightning
rinsed by the blood sacrifice of an iamb
pleading mercy.

Its wolf colors segueing, its wolf tribes
ceding to the impulse to run.

Oh, you haunted cities, stars steal
our nights. What secures us
no longer holds. The lights
of our skyscrapers are marching
to their doom.

Our row houses are a biohazard
and stand before they fall
as if mismatched volumes
of an encyclopedia expatiating gloom.

Our priests preach the wrong prepositions,
lay their hands across our needy brows
and singe them.

Our guns are entitled, each a conduit
for hate, the little deaths we wear daily.

How familiar it feels
to be playing hopscotch in the margins
that circumscribe our lives, our skills
twinned with the emptiness he peoples.

He volumizes hopelessness but we
spend it. His black mood is pandemic,
chars our orchards, blooms a saffron.

The taxi that wants to take us out of here
shall never come and a stoning awaits us.

Shadows digress in wind and the mouth
is a backstop that stops at nothing.

The days prevaricate. The hours unenlightened
show no compassion.

The piebald children that once lived
in his care now live in cardboard cartons.
Light pours through the air holes
he fashioned with his breath.
His lit match spirals down the surface
and burns the children up.

His self-pity digs a hole and pulls us all in.

The Man from Nowhere

Drawings of hospitals surf his walls
buildings that linger on bridges but
don’t cross them.

Snow airlifts a drop. The earth begets
a glare. Planes take off in wind shears
with fuel tanks empty. Suicides jump
from their wings.

One belief trounces the other, cries
some tears. Tears tear open the nights
and find snowstorms to hide in.

His heart has an ache. His melancholy’s
not consolable. He’s indigent
and on the take, takes Dilaudid
for what aches.

Drugs won’t cure him, he’s already
an elderly heart worrying itself
into syncope.

The life he lives is upwardly nominal.
He’s open to open marriage but
consists of no children, no wife.

Each beat of his heart conjures
unholy living. Instead of paintings
dirty laundry proliferates.
Stained towels drape open
drawers. Each drawer houses
a page torn from the bible.

What to make of his renderings? No blue-
hued tones of late, no shuttlecocks
edged with lace. Life’s a tossup: coins turned
on their heads, gone radical when stressed.

An urn explodes and lets the sun out.
Sun trolls the air, plumbs the stars
in their overheated kennels.

His heat source
is water brought to heel so that flux
won’t take him.

Nights come quickly. Wind fills
with the hum of human voices
the shouts of nightmares and dreams.

Time mends the stars, nights bed them.
Starlight endorses. There’s no starlight
in walls. In walls pipes obsess
and their heat furs a body, the indomitable
within.

Grim are its rags, sweet the blood-stir
of imagination, a widening of choices
bounteous as weeds
anchored to an isthmus, its parameters
stuck in sand
subject to the tides and the moons whims.
The drift

from chair to chair is his
daily. His daily is bituminous
his nights venal, the kind that pay
attention to what nightmares say.

Creatures draw close, many sidelined
but few are frozen. Their faces
the paintings hung in lonely motel rooms,
an army of voices
coughing up blood.

The last in line is the unhappy midwife.
Her hair’s not mobile
not made of the clouds but she piles it high
like a lantern spilling light.

The light in spark
is no illusion, and if we had to say,
we’d say he’s the fusion in fission-fusion,
the bomb hiding in plain sight.

His far-away is close, his everywhere’s
equidistant. He’s a highly evolved
infinitude, the cosmic rumble,
the death star, the sleep in torpor,
the mis in miscreant. Sash tackling
a breeze, chartreuse and keening.

His hands maul our souls.
His maulings are galactic and denude
the stars.

The heavens dance their black dance,
indeterminate when viewed
through the bottom of an empty pill bottle.

He’s your evil twin on opioids,
eye kept shut when a speck falls in,
not the other
searching for hidden meanings, some

reason the nights set fire to their own stars.

The median path bends left
and a new trail
thrashes through the thorns
where night fingers
the brailed fields and I all
spindrift and phosphorescence.
.

Stars crackle against my ears.
The aerial map proves useless.
I’ve read what the nights wrote.
Time’s against me, a flower
that opens then draws back.

Starlight falls to the ground
gessoed with mud. Heels dig in.
Many are the casualties.

I stand naked in the shadows
among the undiagnosed stones.
I’d not spoken on their behalf,
nor of the long-legged birds
with bullets in their breasts.

I spun the the windlass,
sent the bucket down
and hauled it back empty:
no water for thirst.
Was it water I wanted?
They were drafty houses.

I wrote on them with flame.