a young adult novella by

The Devil’s Trill is the story of Julian Callahan, an Appalachian teenager disenchanted with his family’s hypocrisy and quarrelsome ways. He spends his days reading and thinking about the real supernatural that may be slipping by unnoticed. He searches for any sign of the occult by closely observing everyone and everything he encounters at school, on the city’s buses, and in the world of his river valley town. When he discovers what he thinks is such evidence in a fellow student, he enlists his friends to help scope out a nearby farm where bizarre rituals and deathly transformations seem to be occurring. What they find there could cost them more than just their view of life, family, and nature. 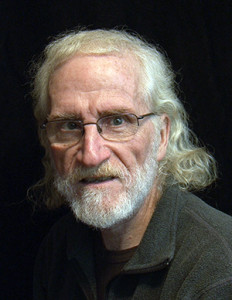 Ron Houchin, born in San Diego, California was raised from the age of three in Huntington, West Virginia. He comes from a family of factory workers, coal miners,  and farmers who have always lived in Appalachia. For thirty years he taught high school English in the Appalachian region of southernmost Ohio.

His work has been nominated for Pushcart and Paterson prizes. In 2005, he was awarded the Appalachian Book of the Year in poetry Among Wordless Things. He received the Weatherford Award for Poetry in 2013 from Berea College of Kentucky.

His first book, Death and the River was published by the Irish press Salmon Publishing in 1997. To date, his is the only American poetry published by Salmon to be included in an Irish text book for high school students.

He lives in a haunted house built by the grandson of an ex-slave on the banks of the Ohio River.

In The Devil’s Trill, Ron Houchin takes the reader through the corridors of a child’s imagination, and into a shadowy netherworld of supernatural wonder and suspense.  ~Scott Gabbey, Ultra Violent Magazine

Ron Houchin’s The Devil’s Trill is a thrilling and splendidly horrifying tale. But, beyond even that, it’s the story of a hardscrabble group of kids who face the impossible and, in doing so, discover a new kind of strength through friendship. It’s a real gift that Houchin has turned his poetic eye to the inner lives of these children and all they have to teach us about loyalty and courage. I had an absolute blast reading this book. ~Sheldon Lee Compton, author of Brown Bottle

The Devil’s Trill finds teeth in its feverish pacing, poise in the richness of its prose. Ron Houchin has lent a poet’s eye to classic horror suspense and the result is an unrelenting page-turner spectacularly rendered. ~David Joy, author of The Weight Of This World

You who sit in your houses of nights, you who sit in the theaters,
you who are gay at dances and parties— all you who are enclosed
by four walls— you have no conception of what goes on outside
in the dark. August Derleth, The Lonesome Place

Though the air felt full of danger, Julian felt safe on the bus as it trundled down a brick street then waddled to the curb to let one old lady with a shopping cart fold herself through pneumatic doors and find a seat before it lunged onward.

Often, Julian rode the bus around town when he had little to do Friday and Saturday evenings. Usually, he carried, at the very least, a large hunting knife in his long jacket, along with a miniature baseball bat or the lead sap he stole from his grandfather’s wardrobe years before. Onto his long, black jacket, he’d sewn a black hood. He might not be so appealing after dark. But this night he had nothing of the sort, being on his way home from seeing a disappointing movie, Werewolf in a Girls’ Dormitory.

Julian knew that real horror lay not in what demons, ghosts, or supernatural creatures did on rare occasions, but what people do every day. That’s why, having been raised thus far by drunks, drug addicts, and criminals who did not hesitate to rob or molest anyone, in or out of the family, he found solace in the occult or any trace of the mystical in real life that suggested something else existed beyond the complex chaos of family. Consequently, he thought— hoped— he saw Dracula on a city bus one late spring evening of 1964, and why he was convinced a boy in his high school drafting class was a werewolf.

Dracula was already on the bus that Friday at dusk. He sat tall in a seat toward the right rear. Julian passed by noting his distinguished appearance: grizzled gray hair, walking stick, dark blue suit, thick gray moustaches, and a large gold-crested ring on his left ring finger. A half-smile or grimace seemed taped to his face for show. Julian went to sit on the long bench-seat at the very back.

Having recently read Bram Stoker’s Dracula, Julian knew he was sensitized to this bus fellow’s similarity to the Stoker description of the vampire king.

Just watching Dracula sit placidly, assessing everyone with mind instead of eyes, Julian decided to get off the bus when the man did, even with nothing to protect himself but some doubt this fellow could be what he appeared to be.

As the bus crossed town, Julian reveled in the sense of adventure this gave him. If this man wasn’t a blood drinker, he sure looked the part. His sharp little teeth showed in a brief snarl when he pronounced words beginning with m’s or ending in e’s. At sixteen, Julian was an age where any deviation in one’s speech might be taken for an accent.

This, however, was not the first time he’d seen him. A few months back, he’d gotten on the bus near the bottom of Norway Avenue while Julian was seated right behind the driver and had overheard a brief exchange between them.

“Well, then maybe, I’ll see you on the way back.” said the driver, grinning.

“Mamie,” said Dracula as he limped back to about the same seat, in a shambling, dignified way, with his cane.

This time though, the bus stopped at the front gate of Coltrane College. Julian waited until Dracula stepped down onto the last step, then he shot to the door and debussed behind him. Julian turned, pretending to head down the walk, parallel the gate, as the man went through.

Stalking coeds seemed like something a vampire would do, so Julian followed him at a distance. There were only five or six others striding across the tree-filled campus.

The man walked up a knoll to the oldest tall building around. Just as he entered, Julian noted that it was right at that point of twilight where all the sunlight was gone from the sky and any light now languished solely on the horizon or was artificial. Nonetheless, Julian followed him into the building.

The halls were dark and hollow. The long floorboards creaked constantly, as if the wood were trying to breathe. He followed at almost hall’s length. Was this man after someone in particular? Julian thought, and what if I saw an attack? What could I really do? He enjoyed the possibility but worried that he might be caught up in trying to help.

Ahead, Dracula stopped, turned, put his hand and ear to the door in front of him. Had he heard me, too? Julian felt small in the night, tiny as a mouse that suddenly sees the cat that sees it. Slipping into the shallow recess of the nearest doorway, Julian saw that it was the office of someone named N. Ernest, Phd. — History of Philosophy.

When he looked back, Dracula had disappeared. Hoping that the boards would squeak less near the wall, Julian slipped there quickly and quietly. From an open door ahead, yellow light poured into the dim hall.

A name plaque beside this door read, L. Ryan, Phd. — Philosophy/Logic. There Dracula sat as Julian slipped by. So, he is faking because he saw me or he is a college professor sitting at his desk with a lamp? And he’s grading papers on a Friday evening. Julian’s sense of adventure was suddenly replaced by something less keen.

On the way back to the bus stop, he thought, So what, there’s still this boy at school who has to be a werewolf.

He’d read in a story how repeated transformations of the body into animal form caused a permanent dislocation and an odd, awkward appearance to the daytime body of those afflicted with shape shifting.

On the ride back to his neighborhood, Julian thought about further observation of his fellow student, Harvey Springer, the best draftsman in the class according to the teacher.

Do you want to read more? Do you know a young person who would like to read this book?
Order The Devil’s Trill today.