The Distance Beyond Sight 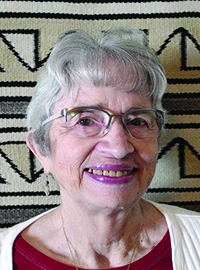 Susan Sailer’s distilled, powerful poems are written against the American narrative of the happy family. This poet is that feared thing—a truth-teller. From the suffering of the natural world to the desperation of refugees, Sailer keeps an unrelenting focus. The world isn’t ordered or just, but it is cherished. Contemplating aging and death, Sailer finds beauty in the unlikely: a discarded Ferris wheel occupied by vultures, slowly turning in the wind. ~Anne Marie Macari, author of Red Deer

And What Has Been My Life

The guy-wire of a spider web
the first thrust out from the spider’s spinnerets
a line that bends with breeze yet stops a fly.

A spiraling from failure—of nerve, of health—
into what comes next. A prance for joy that buoys.
From petrified wood to ancient Greek,

Lambs Ear to poems. Some mumbles about god,
the soul, the spirit. Being too young, too old.
A springing toward what’s next, life as bouquet,

My Father at 50 Stands on His Head

Head down, toes up, my father executes
a perfect headstand. No paunch, no flab.
He invites me to time him; three minutes,

easy. I watch him eye the rug for the spot
he’ll claim. No pillow, he clasps his hands,
braces his crown, notches his knees on the vee

of elbows, begins the steady reach of feet
toward ceiling. The stopwatch shows two
minutes. No wavering in slim legs, no tremble

in his arms. Upside down, he smiles, three
minutes passed. Lowers his knees, sets them
on his elbows, touches toes to floor. He rights

himself, certain of the muscles he has never
needed to exercise. I’m 11. Never again
will I see my father stand on his head, nor

will I see him in control. The years of despair
are just ahead when he’ll be fired one final time,
drink to dissipate the fury and the loss.

After the Meditation Retreat

The skeins on which I’d wound my wounds
unraveled through the lurch toward clarity.

If screens within screens had been my forte—
I remote behind them—I shimmered with access,

no bar between you and me, the dripline of one tree
extending to all trees. What I’d perceived as stains—

looked more like patterns in a larger whole
whose meaning arched beyond me. I didn’t ice

my past, didn’t toss it out like cinders from a fire.
I vaulted with it to a larger place I hardly knew

but knew that I belonged.