The Freedom of What Goes to Waste / Kyle Norwood

The Freedom of What Goes to Waste

The Advance Sale Discount price for this title has expired. For those who prefer to pay by check, the price is $19/book (which includes shipping + applicable sales tax) and should be sent to: Main Street Rag, PO BOX 690100, Charlotte, NC 28227-7001. 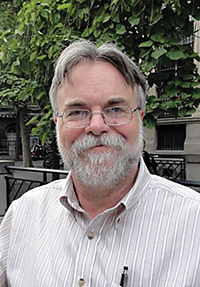 In a variety of poetic forms, Kyle Norwood expresses his awe and affection for the minutiae of our ephemeral lives. After earning his Ph.D. at UCLA, he taught at UCLA and at North Hollywood High School. In 2014, he was the winner of the Morton Marr Poetry Prize from Southwest Review for the poem “Landscape with Fountain and Language.” He lives in Los Angeles with his wife and son.

The appeal of the poem for me, over and above its assured lyricism, is in how each stanza describes a condition that ensuing stanzas not only deepen and elaborate on, but then reverse, transform…Norwood wisely knows that poems often say too much, say more than needs to be said. To “Let something remain unsaid,” is to allow mystery to trump the often misplaced desire to explain or be overexplicit. The envoi perfectly articulates what I’ve come to feel over the years: that we aren’t actually the ones writing our poems, and that the control we feel is an illusion. Instead, in “stillness,” we are discovered by something beyond our own will or volition: the voice that writes the poem.

Kyle Norwood’s poems embody nothing less than the struggle of insistent contraries at work in human consciousness and perception: the authentic self in tension with its projected stereotypes, the assured sense of personal will set against chance and the incalculable permutations of the universe, the immensity of feeling and vivid perception of beauty in conflict with the terrifying objective vision of its unimportance, comedy arising from its tragic core, and ultimately the fusion and clash of art and life. All of this, however, is rendered on a human scale and with precise and musical lyricism that produces the most compelling and satisfying kind of read in which a reader experiences both intimate identification and intellectual surprise. Norwood is a gifted poet.

~Stephen Taylor,
author of Cut Men and In Praise of Big Women

Out past where the waves broke, up to my neck, tensing then leaping
and subsiding, buoyed by the water, until the next great accumulation
lifted and washed me with salt: I remember riding the swells
while I held hands with a girl I liked and, feeling the force lift us, we leaped
and subsided together, facing outward and hearing the sudden crash
behind us as we sank in the trough and the little children shrieked
as their sand-castles melted, and then “Oh my God, this one’s huge!”
she said and we leaped stretching upward but still drenched
our faces, sputtering and laughing—all of this a build-up
to nothing, really, a wave too feeble to stretch
its rainbow of foam very far up the shore,
so that this rising and falling turned out to be the apex
of something that now, all disappointment washed
far into the past, seems complete in itself—the clutch and pressure
of fingers, our heightened voices, the tingle and thrust
of the swells that might very well have changed everything
for someone somewhere, farther down the beach.

My even-tempered Dad, mellowed
by his daily six pack of Brew 102,
got mad only once a decade,
so it always took me by surprise.

He was furious when he overheard
a song lyric from my favorite album,
the sound track of Hair:
“Crazy for the red, white, blue and yellow.”

For my father, “male privilege”
meant spending ten days under constant bombardment
in a trench at Okinawa,
unable to stand, unable to sleep, crouching
waist deep in a mixture
of rain water, blood, bone fragments, and spilled intestines,
all that remained of some of his buddies,

and then losing two years to an asylum,
years he could not remember,
though he was later told
that when not restrained and drugged,
he ran naked down the halls, screaming.

“Don’t try to tell me what it means.
I know what it means.
They’re calling us cowards.
They think they’re smart but they’re punks.
If they’d been in battle, they’d have wet their pants.”

I was eighteen, my hair was long,
I was “letting my freak flag fly.”
If that was rebellion, I was a rebel.

Each of the 365 days of the year
was assigned a draft number.
My number was fourteen.
That was a very bad number.

At my physical I was prodded and measured
by a series of doctors.
I scored poorly on an intelligence test
that measured the ability to do basic math
and identify common tools and machine parts.
My math was fine, but I didn’t know dick about machine parts,
so no motor pool for me, I’d go straight to the infantry.
I described my chronic depression
to a bored psychologist who declared me fit for duty.

Those of you with numbers under eighty should expect
to be called up in the next couple of weeks.

I was nineteen, and I didn’t know how
to make a plan.
Where to get money. How to get on a train and go.
When I tried to plan, my mind went blank.
Something was missing in me.
People said that the army would “make a man out of you.”
I was not a man. But I doubted
that the army would make me one.

True story: a few days later,
wandering through downtown Montrose in a daze,
I glanced at an L.A. Times vending machine
and saw the headline, Melvin Laird Ends Draft.

I have never felt more privileged
than on that day.

Faces of the Hero

Hostages, of course. And caped
cartoon avengers fight their fight
for children’s hearts, and earn their ink.
Closer to home, last Tuesday night

a team of taggers made their mark
on a broad slab of freeway pillar:
“CFK,” Crew Forever Known.
One of them, turning, saw his killer

jot down the number of their car.
Who threatened whom is in dispute.
The victor, soon released uncharged,
accepts the casual salute

of laudatory telegrams
and flattering talk-radio chat.
By the tagged pillar is a wreath
of sidewalk candles, melted flat.

This happened one mile from my house.
How honored I, a writer, feel
that heroes still require the word
to spread their fame and make them real:

oh, Joseph Campbell, in my mind
they meet again and risk their all,
where a gust blows the Daily News
against a ravished alley wall.

He was a veteran: one ear
entirely gone
and half of one nostril;
the skin over his skull
marbled and patchy, gleaming
through hair thin as a newborn’s.

We were in college together
though he was much older.
I had to look him in the eye
or not look at him at all.
It was my fault if we became
no more than “almost friends.”

He referred to his disfigurement
only once
(and I didn’t pursue the subject):
he’d recently run into
his old high-school girlfriend.
After prom night,

he would have proposed to her
except “I couldn’t get used to
the way her gums came down
too far over her upper teeth. Well,”
he said with a tight smile,
“I guess she was lucky.”