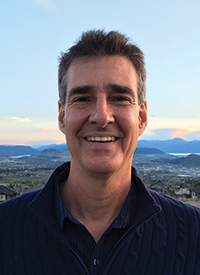 Bern Mulvey was born in Brooklyn but has lived much of his life elsewhere, including nineteen years in Japan and two years on the Pacific island of Pohnpei. The Funeral Feast is his fifth poetry collection, joining Deep Snow Country (Oberlin College Press), Character Readings (Copperdome/Southeast Missouri State University Press), The Fat Sheep Everyone Wants (Cleveland State University Press), and The Window Tribe (White Eagle Coffee Shop Press). He began this book after his son’s stroke (at the age of 15); the poems deal with loss, abandonment, abuse, and injustice, as well as with finding understanding, forgiveness, redemption, and love.

“Somebody knows where we’re going, / though it’s never me…. It’s always like this, / a movement towards, the blind faith / that it will be beautiful.” These lines from “Desert Hike” could describe The Funeral Feast, a collection of poems at once capacious and intimate. Bern Mulvey is a perceptive observer of cultural difference, whether in Japan, Arizona, California or Micronesia, but he is just as astute, and unflinching, when he looks within. Few poets write equally compellingly, and with equally piercing precision, out of both political anger and personal grief. Mulvey time and again shows us a heart alive to the hearts of others, in the same way the open, flexible syntax of his poems (see “The Lightning Medicine”) invites the world to make itself known. The Funeral Feast contains poems of powerful immediacy and astonishing beauty, in which something seen, something felt suddenly shimmers with a promise of revelation beyond words. In “Smoke” an early morning walk accrues meanings which grow ever larger and more ineffable, yet what’s left when the smoke clears is its own revelation: “and we are bare again, / and beautiful.” Mulvey’s poems are acts of discovery, for reader as for poet. I’ll be returning to The Funeral Feast often. ~Ann Lauinger, author of Dime Saint, Nickel Devil

Bern Mulvey’s The Funeral Feast begins and ends with tombs, slabs of stone, imaging the memento mori threads that cross-stitch through these fine, compelling poems. Like the vanitas traditions in European painting, Mulvey’s poems meditate on the bright, burning, hopeless beauty of love, ripeness and joy against a backdrop of broken relationships (and deaths), cross-cultural parenting and the grinding dishonesty of hypocritical politics and institutional insufficiency. Mulvey knows, like Paz, that one of the abiding, inevitable foci of poetry is the inextricability of life within death (and vice versa). The poems travel between Japan, the US and Micronesia – always aware of the underpinning necessity and fallibility of language – they are skillful, sinuous, interrogative; at times craftily formal (haiku, sonnet, pantoum …) at others subtly and dramatically free verse…  ~David Gilbey

A short walk from a giant
stone donut, this white pyramid,
eye-high and sore, squats
on a low gravel hill, desert
about and below, and further off
like a row of desiccated bone
the Phoenix skyline. What
were they thinking? The plaque
makes it clear—love—wife
and family within, safe,
dead, we’re all going
there, maybe not a white
pyramid by a stone donut,
but the same way, and I wonder
who will walk with each of us
to the end, will anybody,
will you?

Cindy’s not wearing
underwear,
and when she bends
her ass flashes
sugar-white
from beneath her shorts.

We look for toads
in the San Bernardino wash.
In spring, the watershed dries up,
the smooth flow becomes
a quilt work of packed dirt,
with long seams like veins
crisscrossing the flatness.
In these, the toads hide
from storks, snakes,
would-be lovers,
hundreds of them
each smaller than
your fingernail.

It’s the eighties, everyone’s
getting some,
though what this some
is
is a mystery,
seventeen and still
unused,
all zits and bony parts,
stubble and fail.
Thoughts rising,
I think about toads
not a tooth to them,
squat and four-toed,
backs warty, poison
eyes wide as they make
their calls,
a high-pitched plinking,

for love is a short season
and for the lucky
change but a peck away.

Ahead, she squeals,
stoops, shows
a seething white
I can barely see.
She’s found one,
and turns to me
smiling as if
she’s discovered
my secret.
And I say,
chest swelled,
voice the one note
croak of the male teen,
brass and
celibate,

Once
I rode my cycle here
until my tires
dripped green toad guts.

Twenty years,
then thirty hours home,
a hospital room
shared, one white
curtain, no bowel
control, voice,
consciousness,
Your call
they tell me,
40 breaths a minute
and still
no air
how unfair.

I’m to say a few
words
thin structures of sound,
word a poor house,
a scanty pack,
the hand unplayable.
He was not
good,

though I will share here
one story to explain him,
his parents, wanting
to teach respect
character
would lock him,
his brothers,
in a basement cage,
lights out, a single
dog bowl
filled with water.
They couldn’t
get out fast enough,
lying about their ages
to fight in Korea.

We are born too
to this, each a key
that turns in the door
once and only once. I
have stood outside
that cage in my dreams,
the darkness,
the body’s weight
on ground unseen,
how the sound
of the closing lock
lingers in silence.

I wanted to know you better.
The next day, we drive
my father to the desert cemetery,
creosote scent of menthol
and cinnamon, barrel
cacti like squat stools, soil
hard, red-tinged—the long wait,
honor guard late
as it rains and rains.

TO MY FRIEND WHO TRIED AGAIN
TO COMMIT SUICIDE

I have the poem you wrote about a son who says
to his dad please come back to me, and the response,
I’m here still, my son, only inside—so easy
the slide down, until you woke that morning or this
changed, already trapped, the levers and pulleys
and buttons of the body uncontrollable.
We talk now to a memory that each day we lose
pieces of, like how the scent fades from the pillow,
but sometimes when the taken medications work,
we can see your return, the master come sudden
to a house shuttered. Then your wife, that boy who wants
his father and this poet lost without his friend,
we try—so hard we try—to make you understand
these truths: You are loved, you did not deserve this,
you are loved.