The Gravity of Color 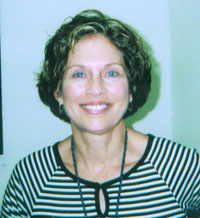 Barbara Conrad‘s poems have been published in Tar River Poetry, Iodine, Aurorian, Main Street Rag and other journals. She received the Marjorie Blankenship Melton and League for Innovation Awards for her poetry, as well as Honorable Mention from Icarus, 2004. In 2005, her work was chosen for publication in Kakalak, an anthology of North and South Carolina writers.

Conrad edited an anthology of writings and art from Charlotte’s Urban Ministry Center, Waiting for Soup, where for three years she led a creative writing workshop for homeless “neighbors”, demonstrating her belief in the healing power of telling one’s stories. She lives in Charlotte, NC, where she continues to work with the homeless, plays djembe with Charlotte Community Drummers and enjoys planning visits with her grown daughters in Atlanta and Seattle.

a cold snap in early spring

It’s likely to kill young birds,
the almanac says,
each dutiful mother thrashing about
in search of worms, dug deeper now
from the sudden chill, her poor babies
left breastless in the nest.

When she returns, the source predicts,
she’ll be frantic to find the air
prickled with a breathless silence.

Such love as obligation — and with it
a reference to wild fruit. It moves me
to a dream of the mountains with my mother,
the two of us wandering
a trail of blackberries, making our way
back to the cabin and Daddy.

It was her way.
Yet how much I wanted her
to turn back toward the brambles,

spend the whole afternoon with me, stuffing
our mouths full, till blue juice oozed
over our lips and down our thirsty shirts.

Something or someone unseen
is drawing a velvet curtain, coaxing
purple aside, folding it into deep creases
like irises pressed in an old book.

We’re seated first row balcony,
our bare feet against a porch rail.
The ceiling is crowned in dim lights.
Generations have sat here,

and tonight we feel them watching us
from black and white faces
inside on a yellowed cottage wall.
In the sky a finger-shard of silver

bends out, back, down,
points our way as if to say
you and you and you.
Faint luster turns to spotlight,

bright enough to stripe
the shadowed sand in white gleam,
bold enough to take back
the dark they left us in.

After our parents died, we haggled in jest
over the old kitchen table, the one piece

of furniture neither of us wanted. Slab
of wood on crisscross sawhorse base,

like Alfred’s next door, so the food
could be passed without asking.

By high school, my brother would flee
after meals to his bedroom, earphones on,

door bolted, leaving me
to the ritual of greasy pots and Mom.

Two decades now since that table
went for firewood, since obligation forced us

to sit down together, blessing the food,
giving Daddy the final piece of white meat

and word. Every now and then we’ll meet
for a supper, retell the old parables,

laugh around the edges of burned steaks,
overcooked beans, the hickory switch

we sometimes got for dessert.
I’d like to talk about other things.

But it’s hard, with them at the table
and so many dishes to wash.