The Labor of Longing 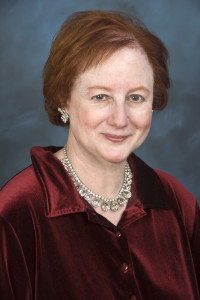 Noël Valis teaches at Yale University. She is the author of The Culture of Cursilería: Bad Taste, Kitsch and Class in Modern Spain (Duke University Press), which won the MLA’s Katherine Singer Kovacs Prize, Teaching Representations of the Spanish Civil War (Modern Language Association; ed. vol.), Sacred Realism: Religion and the Imagination in Modern Spanish Narrative (Yale University Press), and a book of poetry, My House Remembers Me (Esquío). Her translation of Noni Benegas’s poetry, Burning Cartography (Host Publications), was awarded the New England Council of Latin American Studies Best Book Translation Prize. The Labor of Longing was a finalist for the Prize Americana for Prose. She lives in New Haven, Connecticut.

As spare as a fairytale and as gripping as any novel, The Labor of Longing transforms the barrens of New Jersey into a haunting locale of passion and remembrance. Designed as carefully as one of Jonah’s flower arrangements, the narrative explores what Abby—the novel’s memorable central voice—calls “the meshes of environing love.” Once I began the book I couldn’t put it down. A marvelous story, marvelously told.

–Gustavo Pérez Firmat, author of Next Year in Cuba and Anything but Love

The Labor of Longing is extremely ambitious and daring in its merging of the lyrical, the dream, and the real in a form that is both novella and long meditation. The writing itself is gorgeous almost by the line and well worth showcasing in an unusual format. I loved reading this and was truly enchanted by its special magic which few, if any, writers of our American culture could ever match.

–Alane Rollings, author of The Logic of Opposites and To Be in This Number

The fiddler knew his tunes. He played all the songs of the woods, and beyond the woods. One night he boasted that not even the devil could outplay him.  The moon was riding high and lit up the sandy roads through the breaks in the pines. The fiddler come to a point in the road and saw a stranger standing there. “Welcome, pilgrim,” he said. “Shall we play a tune together?” the stranger replied.

The stranger, who wore a large black cloak full of folds and secrets, pulled out a fiddle and began to play. And the drowned land sang. The fiddler heard the stunted cries of the pines and the scarlet sighs of the bogs. He heard white cedar weep and wild orchids’ desire, and was overcome with mortal weariness.

Obliged to dance, he danced to the stranger’s tune. In a circle, he kicked up his feet while the sugary sand jumped and spit.  It was a dry night, and would get even drier if his fiddle lost the wager.

When his turn came to play, he was desperate. He felt the woods spinning around him, and the moon about to crash on his head, which was already filled with lightning. Then out of the air he plucked it: a song so sweet and full of longing he’d like to raise his parents, long separated from this life, from the ground. He saw their shadows rise around him, as the music flew from his fiddle. He took the notes from the slow-faring swamps and rust-stained creeks. He stole from the curly-grass ferns and sphagnum moss. And above all, from the confused, happy dead.

And when he stopped, the stranger had departed. With the song.

Jonah Dickerson was a silent man. Had to clear his throat before he spoke. A man of few words, his neighbors said, though he hadn’t much use for neighbors. He was all angles, flesh being dear. Everything counted with Jonah. There was nothing left unaccounted about Jonah except maybe his eyes, which focused intently on his task but flew past a body to a point far beyond.

Jonah’s eyes were hummingbirds hovering minutely in the air. A hummingbird flaps its wings sixty to two-hundred times a second and spending so much time in flight, can barely walk. Jonah seemed poised in mid-air, utterly still, but that was because no one saw the wings in his eyes. Hummingbirds don’t really sing either. They chirp and buzz, and their wings make a whirring sound. This is their wing whistle. No one knew Jonah Dickerson’s wing whistle. Not even Jonah.

Watching Jonah walk you saw him lean into the air, hoping air would hold him.

There are three other things to know about Jonah before his story begins. His story and Abby’s. His story and Angelina’s. There were two women in it, not one, though in the end maybe only one.

The first thing was a dream he used to have. The second was a dog he used to have. The third was a revival meeting when he was conceived. These things, seemingly unrelated, made Jonah a silent man. They were also the things made wanting so hard: being born and dying, and the love-not love in between, which some called desire, some called resurrection. In any case, it’s always the dead recalls us to life. But Jonah didn’t know that until the time of the fiddler.

When Jonah was very small, his father dug a hole in the ground. Jonah thought he filled it with water for fish like minnows to swim in. His memory of it, however, was that it was always empty—without water and without fish. His other memory told him there probably was never any pool of water and the fish were always ghosts.  It didn’t seem to matter, though, that more than likely the pool never had fish.

Once in a dream, he saw himself curled up asleep in the pool, which seemed to have the same shape and curves as his body. This was clearly impossible, as he was much too large to fit into the pool. He could only have squeezed into it as a baby. Then he decided that was it: that his father had made the little pool for him, the happy fish, once a pink and orange glint in his father’s eye.

Later he learned his father made the hole as a cache to hide provisions, placing a cairn to mark the spot. Someone removed the rocks, dead leaves fell, and he forgot where he’d buried his goods. He spent entire days digging up the ground, looking for an empty pool of water.

This was the first thing.