The Land of Silence 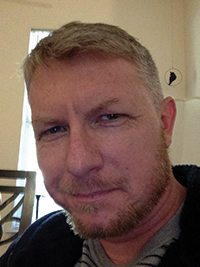 J. Michael Dew was born and raised in northwestern Pennsylvania, a region he often explores in his writing.  He earned his BA from Lock Haven University and his MA and PhD from Indiana University of Pennsylvania, and he is also the author of Gadly Plain, a coming-of-age story about a girl forced to stare down a terrible darkness.  He is currently on the faculty at Georgia State University in Atlanta where he makes his home with his wife and three daughters.

The Land of Silence, as Flannery O’Connor says, is about how some people would do.  Dew’s Kinzua is hardscrabble country, and his people remind me of Dorothy Allison’s, fueled by a meanness born of boredom.  Stewart O’Nan, author of City of Secrets

The Land of Silence by J. Michael Dew is a dark, gritty–even subversive–tale that simultaneously, and quite masterfully, beckons and undercuts the reader’s sympathy for its central characters, especially protagonist Robbie Toe.  Told in four compelling voices, it blurs the lines of innocence/guilt and desperation/cruelty as effectively as it establishes the boundaries of class and small-town culture. Exacting and bold, it delivers a story often painful to read, but oh-so-necessary, and ultimately, oh-so-rewarding.  We need more writers like Dew, those who toss aside feel-good filters in favor of the difficult truth.  ~Anna Schachner, editor of The Chattahoochee Review and author of You and I and Someone Else

I found another kitten the day Blue Jean went and told the cops I raped her, and I didn’t even do nothing, she’s a damn liar, that bitch, what did she do that to me for? I carried the kitten home wrapped up in my shirt even it was warm out ‘cause it shaked like it was cold. It was the last of the litter. Its brothers and sisters was already dead. I heard him meowing from where he was in the tree house and went and got him. I know Gramma don’t need another cat around, I know she don’t, but that damn guy needs to fix his cat so she don’t have no more kittens, and Gramma thinks so, too. The damn cops was there when I got home. They never even asked my side of things before they cuffed me and put me in the cruiser. I hate cops. I hate Blue Jean. I only just had the other charges dropped that I didn’t even do either, and the next day, I’m having a beer by the fire next to some girl I never even seen before whose mom told me, I know who you are now, and I should of known about them right then and there.

My stupid brother, Virgil, told me they was okay. Come over, he goes. Help paint this porch. I went over ‘cause I needed the money and did what they told me then hanged out by the fire afterwards ‘cause they had a fire and drank a couple a beers. Ain’t nothing wrong with that. I didn’t do nothing.

But Virgil left at midnight ‘cause he said he had to mow lawns the next day, and after that, that’s when it started.

Her mom was up at the house, and it was just me and her.

I’m tired, she goes. Can I put my head on your lap?

I told her no.

She moved closer when I said that and reached out and touched my hair.

Mom says you can spend the night. You’ve been drinking. I already asked her.

I ain’t staying over, I go.

Then she lifted up her shirt, and I could see her bra. She undid it and started to play with herself, her nipples, I mean.

You’re fourteen, I go. Don’t show me that.

That’s when she reached for my crotch, and what I did was shoot up and say, I’m going.

We was the only ones that was out there, like I said. The light was on in the house. My ex’s daughter was what got me locked up before, and I wasn’t gonna get in trouble again for something I didn’t do. Fuck that.

I go to get into my car, and that bitch is right behind me.

I pushed her, and I know I shouldn’t of done that. But she was pissing me off, why can’t she understand that no means no?

She gets up, comes at me. I get into my car, she gets into the other side.

If you don’t give me four thousand dollars, I’m gonna say you raped me.

She got out, and when she did, I hit the gas. I seen her in the rearview mirror just standing there, staring at me, smiling in the taillights. I only met her that day. The next day is when I found the kitten and the cops come. Gramma was talking with them at the door. They didn’t even let me get a new shirt to put on.

If you’d like to read more, order The Land of Silence.