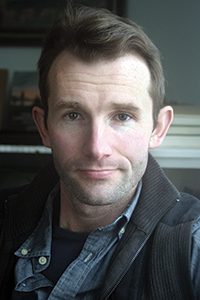 Sean Akerman is a writer of poetry, fiction, and non-fiction. Born in the lakes region of central Maine, he earned a BA from Wheaton College and a PhD in social / personality psychology from the Graduate Center, City University of New York. Over the course of his teaching career, he has held faculty appointments at Hunter College, Sarah Lawrence College, and Bennington College. His books include: the novel, Outposts (Threekookaburras), the novella, Krakow (Harvard Square Editions), and a study of exile, Words & Wounds (forthcoming from Oxford University Press). He lives in the North Woods near Lake Superior’s south shore.

These poems explore the chasm between the past and the present, using personal experience as a bridge, as if memory were up for interpretation. Akerman’s poems are intelligent and thoughtful as he tries “to hold one reality within another.” Using prose poems, followed by free verse, he asks readers to view the world from another perspective. In this volume, Akerman “write[s] anthems to those who would no/longer hear them.” –Karla Huston

Sean Akerman knows that to capture the pulse of aboriginal reality requires indirection, and renders encounters with phenomena as they occur: fleet, conditioned, appearing in a nanosecond-wide aperture already entailed by public and intimate histories. His poems shadow this explosive coupling of two centuries, and Magnitudes should be read now and for a long time because they own the kind of sanctified surprise and dread we look for in the most indelible poems.  –Mark Nickels

The way the hymns overlay the marching tunes, as though the parade went straight into the church,
directionless trumpeters marching through the pews, until, wait, what’s that sound drawing outside?
The specks of uniformed men, singing their war tunes as they slope over the hill through the elms,
through time, through the din of a town hall meeting.

Charles Ives composes at night while being promoted as an insurance salesman in the day, 1907

Here you were born, unfurled and reached, once,
toward beveled light that drew shadows in a shape
you could not yet name, and not much has changed,
truthfully, as you stretch toward the lamp thirty some years later
to darken and lull the room while crime shows splay
atop your lap, a predictable plot of violence and teamwork,
actors doing what you’ve done all along:
moving through time by peaking around corners to chart
what you don’t know, the ardor behind your many movements.
Survival depends thus on stealth vision,
many books having been read and a language
to name what you seek. But it’s three twenty-three a.m.,
you’re amid trees without silhouettes against a black sky,
and here–as your heart announces its function-–
is where you take solace in what you once saw:
the strangling fig tree silences
all those Cambodian temples until it’s
the trees, not the temples, that are holy.

All those hours spent peering at someone’s calves, drunk slightly, talking of meaning, is how you make meaning, so at least you know what you’re doing. How the bars fill with those moved by those they never met. We are here on so little, some ardor, uneven footing, a bad map.

THE TYRANT IN HIS YOUTH

At its worst, drinking has been like the sea,
but not that vast deep of turbulence east of Australia
housing the dead and a fuselage unfounded.
Instead, there is a simple shoreline pebbled in by
crags from acts humans don’t know, the water not
tsunamic but plain and cold. Looking
for a long time, living in the gap between
moon and tides, the blue inches forward like
a slug and then go back with a gravity
all its own. And that must be it, the receding
into a dull roar. All it
erases are initials, or a castle, but
truly it snakes away
time which is cased within, including
the ages before, like the up
and coming tyrant, slowly re-fixing history,
getting his wits about him.

November came in the night and made ash of the leaves, reducing their scope like a digital man zooming out. The curtain has collapsed, and suddenly it is bare and stunned out there, the shadows from neighbors tinged with gravity, the hope of comedy dashed. This is when your moods unnamed come to collect. Thirty days of your arms open, legs set apart, only to receive, like a pensive madam wondering what has become of her brothel. Your earth is stripped of its green and you lean into the color of endings within the dented low sun stream. You have never felt so tuxedoed upon waking, and you consider, for once, that your audience might be God, or Byzantium chanters, call it what you will.

And so it is finished, now
you may rest your weary head,
the beat of the heater will
pace you through the night,

and so you are drawn into
December, into its Dalmatian
spread in the yard, a quiet
like anesthesia afterward

when yes, you are most certainly
here. In the midst the snow was
gale-force. Maybe it made you
better as it slashed its way across

the reservoir, pummeling the
gingkoes and drawing each house
into balance, as though this
is what homes were for: shelter

and a place to witness. And this
is what lamplight is for: to better
cobble together your moods as
you walk through the eve, past

the sleeping animals with legs
two and four, your socks damp,
in the month when you are
always in someone else’s dream.