The Sea Was Never Far 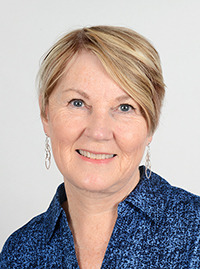 Marion Starling Boyer, professor emeritus for Kalamazoo Valley Community College, has published three poetry books: The Clock of the Long Now (Mayapple Press, 2009), nominated for a Pushcart and Lenore Marshall Award, and two chapbooks, Green (Finishing Line Press, 2003) and Composing the Rain (Grayson Books, 2014). Her poems and essays have appeared in numerous journals and anthologies. Born in Ontario, Canada, Boyer calls the Great Lakes region home. While she has lived most of her life in Michigan she now resides in a small town near Cleveland.

Marion Starling Boyer’s The Sea was Never Far functions as oral history, dramatic monologue, personal mythology, biography framed by white space, and a novel in verse—but thankfully, it is poetry, salt-tinged and music-lush as the sea. Each poem is an act of lyric ingenuity, offering up a particular voice within the realm of a particular place and time, revived by Boyer’s attention and magic. ~Diane Seuss

With an eye for vivid and unusual detail and an ear for the dialect of Norfolk fishermen, Marion Starling Boyer’s poems draw me in so completely I feel I’ve joined her family reunion, where stories are retold in celebration and regret. Quietly shimmering, and sometimes in the unmistakable rich voices of the men, women, and boys living in a village on the North Sea, these poems capture their cold, hard, beautiful lives. ~Kathleen McGookey

Marion Boyer cannot exist. No one person could give such voice to fishermen, millers, widows, thatchers, herring girls, compass adjustors. An entire community rises from the pages of The Sea Was Never Far, not as pale and whispering ghosts, but as individuals with nicknames and failings and skills and stories that invade your head and become your memories. Whether Marion Boyer is ventriloquist or necromancer or medium, it is certain that she is a poet. ~Susan Blackwell Ramsey, A Mind Like This

Shall I tell you a lovely story? Peter leans close, squints then points
to where the mill once stood, places the sea slipped the walls,
entered fields laid bare and slowly smothered and salted the ground.
We walk the Norfolk farm where two German bodies were shoveled
under. In churchyards with all the Starling bones.

Davey’s in none of Peter’s stories. Went to Canada, we heard.
Another round in the Nelson Head, the pub our great-grandfather,
Alpheus, once managed. Alph dallied with a village woman.
Peter nods at the truth. He may have given a bit to support the child.
You’ll want to get old Aunt Josephine talking.

The tide sighs and recedes. The tang of iodine wafts in the air.
An ill-tempered beach picker dabs along the foreshore.
Peter’s brother is a marshman. He grows Norfolk reed and sedge.
Odd sort, thatchers. One was re-thatching a roof when the owner
comes back from holiday. Tells him he got the wrong house.

“Well,” says the thatcher. “Not the first time I done that,”
Norfolk’s motto is “Do different” but Davey seems to be
the only one who did. He left this spongy company
of marshmen and fishers, left the mill and farming,
the slop and slosh of dreary cart horses,

the double whump of the far-booming ocean. He wouldn’t
speak of Norfolk. But once, when I asked why he left England,
Davey took a breath and turned away. Then, because I was his
granddaughter, he crimped his eyes with a sideways smile.
Six sisters, he said and rose and left the room.

TOADY TELLS ME, OVER TEA AND TABNABS

My father was Boy Toady and I was
Young Toady. Grandfather was Old Toady
and when he died we all moved up one.
Winterton people had nicknames
because there were too many in the village

with the same name. On a drifter,
there might be two Bob Greens asleep
below so if you’re going to call the watch
you need shout up Bob-the-devil
not Bob Crow to get the right one.

to cart from Winterton for the fishing. Mute,
(I don’t know why they named him Mute) he was
a Goffin, and he had two lorries. There was Fizzle,
Flat, and Fatty, Duff, and Dumps, Jello, Poachy,
Fourboat, and Eric Kettle who we called Teapot.

Coopering takes a bit of brawn, but no brains at all
so I was surprised an idea swam into my empty head
and caught when I first saw Saundra.

Our firm alone has fixed a hundred twenty Scots girls
for the herring gutting yards and hundreds more come
to Yarmouth for the home season.

I was unloading the lasses’ kists onto the lorry and Saundra
steps off the train from Aberdeen, tall, solid, and it comes
to me that we could be a match. Shoulder to shoulder like.

We watch until the girls learn up, gutting and sorting sizes,
packing the barrels proper. Oh murder, those lasses
can fall out and throw the tears! But, by God

Makes the heart rise to hear them. All the herring girls
walk about town knitting, their needles always going.
I heard Saundra say she might go Saturday

to the Hippodrome. I think I’ll ask her to walk with me.
She’s like the shine on the sea, Saundra.
I cannot say it better.