The Words We Used

* * * This book was selected for publication after finishing as a finalist 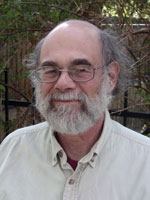 Robert Cooperman is the author of eight previous collections, most recently A Tiny Ship Upon the Sea (March Street Press), The Long Black Veil (Higganum Hill Books), and A Killing Fever (Ghost Road Press). In the Colorado Gold Fever Mountains (Western Reflections Books) won the Colorado Book Award in 2000. The Ranch Wife is forthcoming from Turning Point Books in 2010. Main Street Rag also brought out an expanded version of Cooperman’s A Tale of the Grateful Dead. Cooperman’s work has appeared in The Main Street Rag, The North American Review, Mississippi Review, and Southern Humanities Review. Cooperman lives in Denver with wife Beth.

The Words We Used is Robert Cooperman’s charming exploration of the Yiddish language and culture as encountered by a young boy in mid-century New York who grows up to be a poet in Colorado. While considering various words, from “Alter Kockers” to “Zaftig”by way of “Nosh” and “Oy,” Cooperman introduces his readers to the family, friends and childhood experiences that shaped his sensibility. Essentially a book of memory, The Words We Used recreates a scattering community linked by a colorful, dying language, and shows a poet alive to the pleasures of words.

The Words We Used is my favorite, so far, among Bob Cooperman s many fine books. He has served us a broth of rich language, warm, earthy grit, and colorful characters who hold onto a Yiddish past while blasting their way into a New World. His words touch the reader s tongue with sharp flavors all mixed in with rich globs of warmth and bittersweet love. The result is a bowl of steaming chicken soup carried to us when the only cure is something real and deeply human. These poems are just what is needed.

Peace on Earth on a Day of Record Heat in Denver

At the local sandwich shop
I ask for hummus on a “challah roll,”
and gargle from the back of my tongue,
afraid the counterman’s American ears
can hear only the Christmas shrub
pronunciation of that Sabbath bread.

His eyes a cartoon bulb of revelation:
“You’re Jewish, aren’t you?” he asks.
“I’m Muslim; I’ve always wondered
how it’s really pronounced.”
“Challah,” he repeats twice, three times,
to make sure he’s got it right.

He schmears on the chickpea spread,
adds lettuce, red peppers, onions,
garnishes the sandwich with a flourish
of sour pickle and potato chips salted
perfectly for this explosive summer noon.

With a smile, he hands me the platter:
two brothers in the fellowship
of food and the music
of difficult, delicious words.

“Hymie,” your older brother
called you to your shared bedroom,
“I wanna show you something.”
He held his penis, as if a rare
scientific exhibit. “If yours
ever looks like this, see a doctor.”

“He had the clap, of course,”
Hyman laughs over lunch,
reminiscing to seventy years ago.
“I still don’t know if it was advice
or showing off the size of his schlong.

“Then, after World War II,
when he took me out to supper
at some fancy New York restaurant,
he asked, ‘So now that you’ve saved
the world from Hitler,
what will you do with your life?”

“‘A reporter,’ you declared, ‘like you.’”
He fixed you with a cobra’s stare,
leaving you sweating, afraid
he’d pull out his penis again
for some mad object lesson.

“‘First,’ he shook his head
‘you gotta change your name,’”
Hitler, dead, but still commanding you
to come clean with your Jew putz,
for all the world to see.

Charlie Moskowitz gripped
us younger kids into headlocks,
full nelsons, fandangoed the atomic
drop-kick and other fanciful holds
that thumped off the TV canvas.

“Quit it!” we screeched and backed away
that afternoon he appeared in tights
and a cape—more flaming than the fires
that periodically burned the pool hall—
and forced us into the crouches
that began each pro wrestling match.

“Charlie!” one older woman admonished,
“Have you gone completely meshuguh?”

Rather than his face burning
like splattered pizza sauce,
Charlie swaggered up to Mrs. Golding
and jabbed a challenge at her face,
“Right here, right now, you and me!”
Gasping, she ran.

That night, furniture crashed
in Charlie’s parents’ apartment,
pots and pans banged like ringside
gongs, Charlie shouting,
“Come on, come on!”
finally carried out: arms and legs
strapped down, his mother sobbing
beside the stretcher.