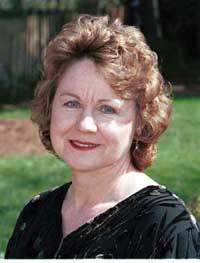 Gail Peck is a graduate of the MFA Program for Writers at Warren Wilson College. Her chapbook, New River, won the 1993 Harperprints Chapbook Contest, and her full-length collection, Drop Zone, was the1994 winner of the Texas Review Breakthrough Contest. Another chapbook, Foreshadow, a finalist in the Main Street Rag Chapbook Contest, was published in 2002. Thirst was twice a finalist for the Akron Poetry Prize and also a finalist for the Bright Hill Prize. Peck’s poems have appeared in numerous journals such as Southern Review, Mississippi Review, Greensboro Review, Louisville Review, Carolina Quarterly, Rattle, and elsewhere. Her poetry has been anthologized in such publications as Word and Witness: 100 Years of Poetry in North Carolina and Uncommon Place: An Anthology of Louisiana Writers. Personal essays have appeared in Brevity, The Deep South Writers Chapbook and Main Street Rag. Peck has received grants from both the Vermont Studio Center and the Virginia Center for the Creative Arts.

IN SICKNESS, IN HEALTH

Like this, I said, and took your hand.
I felt awkward, shy again, the water warm
on my neck as I bent over the tub
while you washed my hair,
my bad foot to the side, bleeding through gauze.
It was my third operation in five years,
the cysts growing rootless and benign.
Always you’ve been here,
except when our son was born
and you were in a war
no one wanted to go to.
Like all the men I know who went,
you never speak of it,
so I must read what some have written:
how a man leaps up and twists in air
when he is hit, that fragging means
intentionally to kill one of your own—
days X-ed out by drugs and a woman’s straight black hair
falling over a soldier’s lap.
Water buffalo we have pictures of,
and you in camouflaged fatigues, never smiling.
When you returned, I put your son in your arms,
and we went back to time just being time,
and what we feared, we fear still,
having learned the many ways of dying.
I allow nothing rest, but you,
who’ve seen deliberate death,
let what is deep go deeper.

revealed itself when the stove was pulled out—
a section of pineapple wallpaper, a square of linoleum,
my answering the kids’ What’s for dinner—
the friendship I let go. All the wisdom I’d gained,
a backstep. Since the room added on was still imagined,
the pear tree we cut down reappeared,
roost for monotonous doves.
Shoot them, I’d said. It’s easy to send
someone to do what you cannot.
I never wanted my children to see what was cruel.
What they took from this house
wasn’t furniture upside down, bruises after an argument—
not from this house made new between their visits:
the pressed siding gone to make way for hardwood,
wallpaper to paint, paint to paper—
the new stove where I stand, my husband
tending one pot, and me another, a hand free
for wine. He kisses me on the neck,
and loves me best when I feed him. This
is our end-of-week ritual—two plates,
candles, a vase with flowers from the changing seasons.

A house I’ve never seen,
surrounded by palms, oleander,
is where hour after hour
my sister drinks.

She calls two days in a row
to ask how my birthday was.

With the tax refund
now money in the bank
she might buy a houseboat,
maybe some land.

She knows finally what she wants to do,
but it will take some time.

That will be good, I tell her.

I know her cigarettes are near,
perhaps her tall teenage son
I’ve seldom seen,
that the latest man has left
and the bill collectors will be coming.

A while back I saw her use both hands
to guide a fork.

Someday it will be too late,
though I don’t say that over the phone.
I sent a letter long ago
and she replied she was fine and tanned.

Here, it’s warm in my house,
on my street
where for the time being
nothing’s blooming.