Thread, Form, and Other Enclosures

Please note: those who prefer to order using a check payment as opposed to online transactions, the check price is $19/book (which includes shipping & tax) and should be sent to: Main Street Rag, PO BOX 690100, Charlotte, NC 28227-7001. 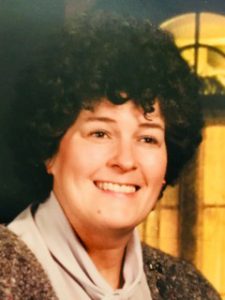 Carol Smallwood, recipient of the Albert Nelson Marquis Lifetime Achievement Award, received a MLS in librarianship from Western Michigan University, MA in teaching from Eastern Michigan University. She’s done several dozen anthologies for American Library Association, Rowman & Littlefield, McFarland, and others; has had over a dozen collections of poetry and essays published; hundreds of stories, essays, interviews, poems, reviews in RHINO, World Literature Today, and others. A multi-Pushcart nominee in Wikipedia, the Michigan resident has founded humane societies.

From spider silk to string theory, catnip to chemotherapy, the poems in this collection reflect Carol Smallwood’s curiosity and creative take on the wonder of life on Earth. ~Nan Sanders Pokerwinski, former Detroit Free Press science writer and author of Mango Rash: Coming of Age in the Land of Frangipani and Fanta

Her poems and prose reflect a lifetime of an examined life where curiosities pop out from the smallest and most curious places. ~Steve Glines, Editor, Wilderness House Literary Review

It must be true: the Universe has no edge or center as I’ve read
so it brings me security to make patchwork quilts at night;
it makes sense to cut up pieces to sew with needle and thread.

“You are not lonely when you sew,” Grandmother often said
as she sewed apron after apron with evident delight;
It must be true: the Universe has no edge or center as I‘ve read.

Other activities most likely should have been my stead:
quilt after quilt I’ve made at night sitting straight, upright:
it makes sense to cut up pieces to sew with needle and thread.

Mixing pattern with plain, varying width until ready for bed,
securing the needle easy to spot on a piece extra bright–
it must be true: the Universe has no edge or center as I’ve read.

Fleece, flannel, denim, have made many a patchwork spread
and those who receive them do express thanks forthright:
it makes sense to cut up squares to sew with needle and thread.

I’ve concluded I’ll have no edge or center when I’m dead
and finding security sewing squares is better than fright.
It must be true: the Universe has no edge or center as I’ve read
it makes sense to cut up pieces to sew with needle and thread.

of hair fell from my bandana.
There weren’t many left since chemo
and when I put it on my paper it
disappeared, proof it’d turned white.

A movie in the next room made it
hard to hear the professor lecture on
Wittgenstein—how he was convinced
he was going to die each night.

Quantum Mechanics says atoms
are the chaotic opposite of
Einstein’s Theory of Relativity:
today’s Holy Grail—joining
the two

The String Theory that strings
are the centers of things, and
reality has eleven dimensions—
cannot be proved—quite a fix
since science’s built on proof

The Visiting Professor’s Arms and Face

become PowerPoint tattoos
on the screen elucidating
“If it bleeds it leads.”

We hear how nations use
propaganda to rally
round the flag, intentional
news leaks, the War with
Iraq fits one war theory
better than the rest.

The rise and decline of
empires—boxes in chalk
begins with the Roman and
ends with a box of the U.S.

He concludes with a
blonde on the visualizer
“For you men students.”