Trespassers, two novellas and six short stories, evokes desperate characters who have an amazing capacity to dream, hope, and surprise everyone, especially themselves, and some times in the most horrifying ways. There’s Frank, looking for love—and yeah, sex—in his eighth decade of life. Mort longs to see the love of his life dead. Scar will do anything to avoid real love, including destroying herself. The muddy waters of the Ohio River flow with mystery and death. Characters obsess over a rusty and rotted past with a Gatsby-like belief that all can be resurrected whole and perfect. There are trespassers and those who are trespassed upon. The reader, too, crosses a boundary of intimacy possible only in literature. 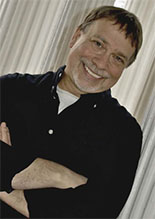 Mark Spencer is the author of several books, including the novella The Masked Demon, the novels The Weary Motel and Love and Reruns in Adams County, the short-story collection Wedlock, and the nonfiction novel A Haunted Love Story.  His work has received the Faulkner Society Faulkner Award for the Short Novel, the Omaha Prize for the Novel, the Cairns Short Story Award, the Patrick T. Bradshaw Book Award, and four Special Mentions in Pushcart Prize: Best of the Small Presses.  His short fiction has appeared in journals such as The Chariton Review, Natural Bridge, Amarillo Bay, Storyglossia, and The Dos Passos Review.

With Trespassers, Mark Spencer joins Jim Harrison and Andre Dubus in the renaissance of the American novella as well as proving himself a master of the short story in his chronicling with empathy and humor the lives of the marginalized and passed-over.

–Scott Kauffman, author of In Deepest Consequences and Recipient of the 2010 Hackney Literary Award and 2011 Mighty River Short Story Contest.

There are dark currents running through these stories, and throughout are the cars—the worn out ones like the people who drive them and the dream cars which carry the hint of life imagined. The style is crisp and spare, as well as unsparing. An honest and brave book.

–Red Hawk, author of Wreckage with a Beating Heart and The Art of Dying

The characters in Trespassers are people you know, your neighbors, yourself. They cross boundaries and run amok. They break hearts and disappoint each other. But they survive, and we recognize them and welcome them into the fabric of our imaginations. They live in the history of our imaginations, which is a kind of magic.

Frank leans close.  “Go ahead.  Let up easy on the clutch.”  His dentures click as his breath tickles the fuzz on her ears.  “And give her gas at the same time.”

Ethel’s left leg trembles as she slowly releases the clutch, sweat beading on her forehead and soaking through the back of her blouse.  She holds her breath, as terrified as she was seventy years ago when she was learning to swim.  She sees Pa’s big hands, dirt under the nails, reaching down at her, and she’s suddenly in the air, screaming, flying–falling; then hits the cold water, sinks, her nose and mouth filling with the murky water and Jesus Bugs, her skinny arms and legs flailing . . . .

She nearly drowned in Love Hollow Creek.  She knows how it feels to be an unwanted kitten.  Pa called her a crybaby.

“Give her gas.  Give her gas.  Let up the clutch.  Let her go.”  Frank pats her right knee with his left hand.  Her dress is hiked up on her thighs from her gyrations with the gas and the brake and the clutch and the gear-shift lever.

Frank lays his big hot hand on her stocking at the edge of her knee cap, near a run, a split of a quarter inch that could easily turn huge and allow a spilling out of her flesh.  Her face burns, and she gulps hot air.  Sixty years ago, girls used to say “Push in your clutch” to boys who got fresh.  Push in your clutch, she said to a boy named Waldo, who died in World War Two.  Push in your clutch.  It always sounded dirty to Ethel, like you might as well be saying, Put it back in your pants.

The day is frigid, but her dead husband’s old pick-up blows hot air from its heater better than it does anything else.  The stale heater air and the decades of Bud’s Marlborough cigarettes choke her.  The gear-shift lever on the column trembles like her leg.  She looks through the windshield at the gravel road that rises before her.  Then she glances at Frank, who is nodding and trying to turn a grimace into a smile, his hand still heavy on her knee.

He has never touched her before.  She doesn’t have time to sort through her feelings about it now.  She can do that later.  He is a nice man, really.  Bud, who has been dead exactly four months, would have been swearing like a sailor’s parrot as she

fumbled and failed at the wheel of this smelly, loud machine.

No.  That isn’t quite right–Bud never would have even tried to teach her how to drive his ‘63 Ford with a three-speed on the column.