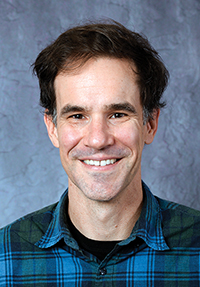 Michael Dowdy is associate professor of English at the University of South Carolina, where he teaches poetry and Latinx literature. He is the author of a chapbook, The Coriolis Effect (Bright Hill Press), and a study of Latino and Latin American poetries, Broken Souths: Latina/o Poetic Responses to Neoliberalism and Globalization (University of Arizona Press). With Claudia Rankine, he is co-editing a critical anthology, American Poets in the 21st Century: Poetics of Social Engagement (Wesleyan University Press). His poems and essays have appeared in American Poetry Review, Appalachian Journal, Crab Orchard Review, and Hispanic Review, among other journals and anthologies.

If “urbilly” as a word is somewhat obviously constructed, Urbilly as the book-length conjunction Dowdy has crafted is surprisingly nuanced. This is writing about place that moves beyond stereotypes such as city or country, writing that is rooted but never staid. Dowdy gives us “Mountain as verb,” and we’re lucky to have such lively language carrying us between clear observations, and making its colorful mash-ups. ~Rose McLarney

Urbilly is an astounding debut because Michael Dowdy understands our peril. His ability to layer so much, sometimes with humor, in such a small space creates a mountainous effect. A father’s love for his young daughter fuels a rage over planetary violence. Traces of urban and rural, spit and shame, rapacious fracking and mountaintop removal, always the personal and political—these poems are living membranes that we can see worlds through. —Mauricio Kilwein Guevara

How do we re-integrate a past we ran from into the emotional ecology of our present? How do we do it, if what we’re after is growth, a good life for the little ones, and not bitter destruction? The voice of these poems guides us into the prima materia of remembered earth and youth to work the answers out of the ground, the sounds of 80s radio, the voices of parents and grandparents, and the chain sawing, hunting, mining, shopping, loving, fearing, swimming, tale-telling, singing, driving, playing that takes place ever in memory. Where economics, social class, and environment are disembodied issues in the headlines, here, they are sinews. This poetry distills the gifts of a psyche shaped by a rural Virginia past, and gives us a long drink of wisdom and beauty. —Maria Melendez Kelson, author of Flexible Bones and How Long She’ll Last in This World

Bub kept a pocket New Testament
between the faded bucket seats
of his eighty-four Toyota,
fiddling receipts from taverns

in Tijuana and tin-roof Virginia,
dotted with numbers and names
of kin who shared bourbon,
beer, a toke under a streetlight.

Paul’s letters were ripped from
Christ’s lips for rolling papers.
The last epistle to the Romans
remained, jotted over with Pascal’s

premise and Descartes’s long I’s.
Joints reduced the logos to ashes.
It’s just paper, he says, besides
it’s easy to roll and seal with spit,

consider it a palimpsest or pyre.
Brother, extreme unction, trysts
with pay-up trannies in cathedrals,
run-ins with the law’s long tentacle,

divine and civil, a man spreads
the word how he may. Rings
of Mark’s catch-me-if-you-can
breath coiled from starburst lips,

like a child who walks in black
sand toward a vast sea. Matthew
was ripped and burned from Juárez
to Wytheville, Bub’s savior alight

in barrel fires on the feast days
of meth heads. Now, in the town
of his first birth, a belch: I split
the kindling, get the gasoline.

The Hand of God

The hand of God, la mano de Dios,
taps the stage-lit table as he retells
the story. Yes, his stomach was stapled.
No, he no longer drinks or snorts cocaine.
Cuba, sí, beautiful; Fidel, bien.

The hand and its short, stocky body
diminish the whirlwind that tore
through La Boca, where he’s worshipped
for his divine touch, the barrio’s blight
expiated by Barra Brava songs of praise.

When Maradona led his men onto green fields,
he kept the ball like a yo-yo at his feet,
cold justice rendered by the feet,
leather molded to metatarsals and toes,
the black boots of a magician,
small feet slipped in like a choir of angels.

Yet in 1986 it was his hand
that smote England, guiding the ball
into the net with a fist
hidden by the curly-haired head.

That game, the World Cup quarterfinal,
the player of the century scored
the goal of the century; masterpieces,
his goals were given names: Hand of God,
and the winner, the Cosmic Kite,
a sixty-meter slalom through eleven Anglos.

In the final, West Germany fell
at the holy toes of Maradona.
I’ve seen the clips a thousand times,
and in the grainy glow of VHS
I think of the day before Halloween,
when the fallen god was born.

The next day and the next,
costumed monsters and prayers
for souls of the departed,
the hand of god haunted by
the grace beneath his feet.

My Mother Prays to the Patron Saint of Global Warming

Before the priest raised the patron saint
of throat ailments, waving fingers
from chin to sternum and ear to ear

like a warden of imprisoned words,
my grandmother was x’ed between
her pale abyss of jaw and collar.

Soon after the mask-and-scalpel
grabbed the down-beat thyroid,
faulty Timex of her metabolism—

his genuflection against strep
and the next century too baroque
for the squirmy kindergarten set.

A charm, the just-in-case blessing—
May God deliver you from ailments
of the throat and every other evil—

her iambic thyroid’s a metronome,
her heart still as the holy water
guarding the nave from science.

Less a shill for robes than a fool
for elders, she takes my daughter
for a blessing cool as menthol—

May Ice redeem the severed end
of February when the planet
roars ablaze and finally explodes.