The Advance Sale Discount price for this title has expired. For those who prefer to pay by check, the price is $19/book (which includes shipping + sales tax) and should be sent to: Main Street Rag, PO BOX 690100, Charlotte, NC 28227-7001. 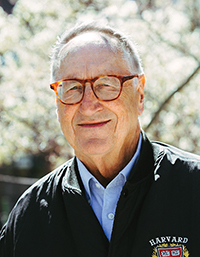 Kevin King is the author of the novel All The Stars Came Out That Night, Dutton. He is the recipient of a poetry fellowship from the New Hampshire State Council on the Arts and has published in numerous journals, including Ploughshares, Stand, Threepenny Review, etc. His CNF piece, “Back from Abroad,” was published in the Potomac Review. He teaches at Northern Essex Community College.

These poems are arguments with Existence, full of wit, flash, wonder, regret and a philosophical brio that won’t quit. There is no question that Kevin King won’t tilt with, as he registers the off-kilter exactions of poetic insight. These are poems that offer engagement, language seeking an understandably provisional truth, testing it relentlessly but ever returning to the source of poetry—an articulate and ambivalent awe.  ~Baron Wormser

“A wife is like an umbrella. Sooner or later, one takes a cab.”
~Freud

The two words in Spanish that I repeatedly forget
are esconder and gorra: hide and hat.

And as if a second language were a dream
to the reality of my native English,

I feel a need to interpret my forgottens.
Given that I associate the two with the man

who thought his wife was a hat,
was I hiding mine? And if so, why?

Or was it that I’d forgotten to hide her?
Or where I had hidden her?

Was it in the heart? Or anywhere but?
If I were Oliver Sacks, I would have asked

the obvious—was she a bowler, a beret,
or sombrero? Stiff, floppy, or simply

compendious? On the back cover of Sacks’ book
is Magritte’s painting of a hat,

suspended in the blue, in the void,
while I’m seeing another Magritte,

from so much light.

He Said, She Said

not at the outset but somewhere
deep into the conversation that reminded him
of their scooping out the fibrous, tangled guts
of a pumpkin to create the shiny,
well-appointed, circular chamber
of a Jack awaiting illumination,

that he was a man who was possessive of nothing,
not even possessions, leaving him on the brink
of feeling flattered when she continued,
“But isn’t ‘wife’ by definition a sort of possession?”
Which he thought was perhaps tangential,
but then again he might be missing the point,
and he replied that ‘To have—conjoined with to hold—’
was a sexual reference, and just what, despite
popular opinion, did ‘having a woman’
have to do with possession per se?
She confessed that she didn’t have an answer
and placed a short, squat, unpriapic candle
inside the pumpkin and lit it, transforming Jack
into a lantern with a gnomic smile
that in the weeks to come would sag
into a sadness it could not avoid possessing
but somehow seemed as content with
as the man was with contemplating the pie
the pumpkin could be transformed to if only
he could possess the desire.

Still lifes themselves meditate on presence
and absence, intimacy and distance—lifes
whose otherness is evident in the contravention
of the orthographic rule of f to v in the plural,
condoned simply because they are a solicitation

of attention, a revolving door that is perpetually open.
They are the ‘come in’ sign with no backside.
Their lack of urgency offers the opportunity
to surmise that the single drop of rain
that just splashed on your nose was actually piss from a passing crow,

not the stuffed one mounted behind the olives.
But they are also about control of the composition
so lacking in unstilled life, the wine bottle here,
the grapefruit just so, the pomegranates
never contemplating afterlife as juice:

they’re every boy’s dream of being invisible
in the girls’ locker room. They’re the titillating tension
between the set up and the punch line that never comes,
the joke about the Irishman who walks out of a bar;
in other words, the Western answer to the question

of the sound of one hand clapping.
And the meditation takes you to the realization
that still-life moments abound without our noticing—
the pendulum that stops before it pivots,
where breath is at the moment between inhale

and exhale, the constellation of pixels that frame
the moment we hit the pause button.
How surprised the yellow-jacket would be
to have its wings that move at 200 times per second
suddenly stop as it hovers and admires its capacity to flap.

How relieved the heart to finally take a break
from the incessant beating. How, on the other hand,
disquieted the fat guy about to displace fifty gallons of water,
hovering milliseconds before the bellyflop,
the pain suspended, but the anxiety of resumption

even worse. But more on that intrigue—
the explosive sweetness, the pale green succulence of grapes,
the soft opalescent grip of the fleshless oyster shell
holding your attention, the rub of your tongue’s imagination,
the painting’s reneging its taste, the shimmer of absence,

the crow’s black displacement of air,
proffered core of feathered dark,
with one convex, all-seeing eye,
the painting’s grounded arrest of flight,
the fish that sits on the trencher for centuries

and doesn’t stink reminds us of that saint
who never shat at all, our kind of gal,
ass like that pendulum. I’ll bet the artist
who painted this still life took a break
for some wine and a wedge of the cheese

in the left-hand corner, then moved,
ever so slightly, the pomegranate,
to see if we would notice.
And that saint in the portrait in the gilded frame
behind the pomegranates took a powder, never came back.

And now the conundrum of another few drops,
and it appears that overhead there never was
a crow. With life elided, still remains,
the still of grapes, shell, tongue
of Crow. And in the stilleven I compose by my viewing

wings, too, are stilled.