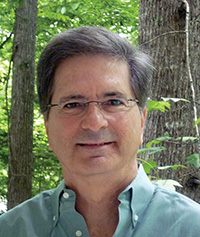 A native of Cuba, Gustavo Pérez Firmat has published several books of poetry in Spanish and English: Equivocaciones, Bilingual Blues, Scar Tissue, The Last Exile, and Sin lengua deslenguado. Among his books of cultural criticism are Life on the Hyphen and A Cuban in Mayberry. He teaches at Columbia University, where he is the David Feinson Professor in the Humanities. He divides his time between New York City and Chapel Hill, North Carolina.

Viejo Verde presents an exigent voice—articulating human vulnerability and sorrow, while grappling with change and loss—one that is often missing from conflicted conversations on gender. Compact and resonant, the poems in this collection could be epigraphs to stories, to novels; each opens as a portal through which full, yet nuanced narratives rush in. ~Lorraine López, author of The Darling

Masterfully written, Pérez Firmat’s poems affirm, seduce, and make one smile with their humor or choteo even in melancholic moments. The “dirty old man” or “D.O.M.” of Viejo Verde is the Cuban version of Eliot’s Prufrock, who knows that the mermaids that “sing each to each” will not sing to him, and that is alright. He sings to them, and to others, in this beautiful book of poems about life’s painful and joyful irreversible moments. ~Rolando Pérez, Author of Tea Ceremonies for Winter

Contemplating retirement,
D.O.M. asks his neighbors,
all retired, how they spend
their time. I garden, says one.
D.O.M. thinks: Gardening
is not a manly occupation.
I make furniture, says another.
D.O.M. thinks: I’ve never made
anything in my life, nor ever will.
He asks a third, who replies:
I twist in the wind, when there is one.
And what if there is no wind, neighbor?
I twist and make my own.
Finally, D.O.M. thinks,
a man after my own heart.

You need to know, first of all, that mirrors
grow fond of the faces that look into them.
Then you need to know about the exception:
motel mirrors, made ruthless by the stares of strangers.

Now think of Nochebuena, and think of mirrors.
Time was when Nochebuena gazed back at you
lovingly. Oh, you were handsome then, and full
of harmless fun and uncles and drink and dancing.

But that’s not who you were, that was Nochebuena
touching up your reflection. You weren’t so different
from what you are now, except there were more of you.
Tomorrow night, if you happen to look at yourself

in the mirror and the face that glares back is unfamiliar,
a hurricane survivor’s face, don’t blame the mirror.
Blame the other faces, the careless faces that look
into Nochebuena and see themselves at Motel Six.

The longest half-hour in his day,
that between four-thirty and five.
By then he has done everything
he should have and didn’t want to.
Left to do is what he wants to do,
have a scotch on the rocks.

But custom as well as caution
forbids a drink before five.
Were he to transgress,
it would mean he lacks the discipline
he has always counted on.
It would mean he’s a stumble away
from the Hilton Passageway in Penn Station,
where he will lie in a pool of his own urine.

Were he to have the life-threatening scotch
now, at four forty-two,
he would be asking for another at five,
which would be doubly fatal for his future.

And yet some allowance must be made
for long years and commensurate grief.
Surely he did not come this far
not to allow himself the joy of a drink
before five. For men his age
the future arrives in half-hour increments.