The Advance Sale Discount price for this title has expired. For those who prefer to pay by check, the price is $19/book (which includes shipping and applicable tax) and should be sent to: Main Street Rag, PO BOX 690100, Charlotte, NC 28227-7001. 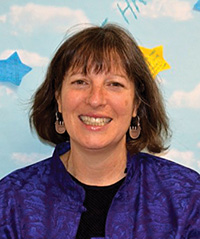 Pamela Wax‘s poetry has been awarded honorable mentions in the Robinson Jeffers Tor House Prize, the Oberon Poetry Prize, and the Paterson Literary Review’s Allen Ginsberg Poetry Award. She is an ordained rabbi whose essays on Judaism, spirituality, and women’s issues have also been published widely. Pam walks labyrinths in the Bronx, NY and the Northern Berkshires of Massachusetts.

How to describe the poet of this extraordinary book-length elegy? Writing in “that liminal time / where heaven and earth brush,” she is like someone endlessly solving a puzzle, or like the biblical Ruth gleaning the fallen sheaves, or (to invoke the ancient art of kintsugi, mending broken vessels with seams of gold, thus making them more beautiful) she is a naked soul, tender, intelligent, alive, gleaming softly golden where the fissures are, or were. ~Alicia Ostriker, author of The Volcano and After: Selected and New Poems, New York State Poet Laureate 2018-2021

If you want to know the powers of poetry to transform experience—and how a rabbi transforms grief—follow the thread of Wax’s revelatory intellect through this accomplished, complex, and spiritual book. ~Jessica Greenbaum

Pamela Wax confronts seemingly incomprehensible loss as she explores the death of her brother by suicide. These poems delve into that rag and bone shop of the heart and masterfully chronicle Wax’s journey from that dark place back into light with matter-of-fact urgency, precision, and faith. The poems in Walking the Labyrinth are well-wrought, oftentimes intense, yet sown with healing. ~Travis Denton, author of My Stunt Double & When Pianos Fall from the Sky

The question might be asked
to confirm the degree or amount
of something like, How old was he?
or, How long was this going on?

It could be used to ask about
the condition of a person or thing: How
did your meeting go with the police?

Maybe it shows surprise:
How awful. How
I wish I’d known.

It asks, In what way or manner.
By what means. How did he do it?

How? can be answered, unlike Why?
with straight-forward facts
about traffic videos and timestamps,
four scribbled notes and three paintings
of cherries found in a wayward blue SUV
with Illinois plates, ditched
on a cantilever truss bridge
over a river flowing westward.

How is the first word
of the book of Lamentations,
as in How is it possible a city,
a person, can sit so deserted?
like the kid in solitary,
whitecoats glimpsed through
the shatterproof pane,

ticking off all
those usages: surprise
and a desire to know degree,
condition, and in what way.

–ward, a suffix, denoting direction
in space or time, like downward
or afterward. If you go forward,
onward or backward, it can
be either temporal or spatial,
but downward, outward, toward,
eastward, are all in relationship
to something in place. Awkward,
and you don’t recognize your own
body in space. Skyward,
and you feel yourself taller.
Rightward, and your friends
question your values.
Seaward, and you begin to smell
salt water long before you arrive.

The Day After He Called

The When can we talk? message
conveyed no whiff of intention,
no need to call back right away,

though there was an I love you,
and even an I’m sorry. Twelve days later
when men with badges and tethered dogs

found him, I thought of that movie,
the one with Jane Alexander
where she makes the bed

like she’s swaddling a newborn—
tender, unruffled—in a scene
that goes on forever for the viewer

who knows the grim ending,
yet understands how she is compelled
by the mundane to ground her

after the nuclear bomb. I think
of pillowcases and crisp hospital
corners as I trudge through

these days after. I want to be
grounded by ritual like Jane,
bound by simple habit,

I am a connoisseur of labyrinths. I can tell
you about the ancient drawing with Jericho
at the center, suggesting that the walls

came a-tumbling down because of a
parade of seven circuits, a merry-go-round
of intention. What we do here stirs

heaven to act. Tiny finger
labyrinths were carved into walls outside
old country churches in Europe,

so supplicants might ground themselves
for the sacred within, a prayer before prayer.
I could explain how a maze

confounds, a labyrinth uncovers
the self, meditation in motion. It resembles
a womb, a brain, a fingerprint, the revolving

planets, the primal and timeless. I weave
and spiral like Ariadne across the length
of a football field contained within a 42-

or 20-foot or 5-inch round.
I might carry a question lightly in the back
of my throat or a prayer

tucked between my breasts.
I may be in a candle-lit rectory in the Bronx,
following a unicursal path branded

in black paint on a waxed parquet floor,
or inhaling an autumn Berkshire landscape
while weaving in lanes drawn

by shrubs, string, or stones.
I could be prancing barefoot on grass
or solemnly marching to the cadence

of a dirge-like owl demanding answers
to unknowable pain. Sometimes I create
a Cretan-shaped labyrinth on a blank

page starting at an intersection
of four straight corners, then fill
in seven concentric circuits, one arc

following another, rainbows radiating,
seeking the Eureka of wisdom
that King Solomon honed on his daily

constitutional through a whorling solar system
on his palace grounds, seven orbits
of stepping holy, holy, holy into the whole

world of God’s glory, while he composed
love songs and proverbs.
I am superstitious but not fussy

about my labyrinths if they get me
where I’m going, which is now here
and nowhere in time, mindful not to cross

boundaries—ethical or spatial—to finish
what I begin, and to remember that the one
way in is the only way out.