We Were Birds / David B. Prather 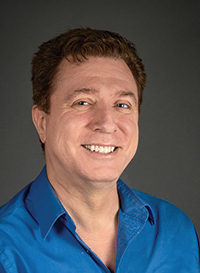 David B. Prather earned his MFA from Warren Wilson College. He was a poetry editor for Tantra Press and Confluence, and he taught at West Virginia University—Parkersburg and at Marietta College in Marietta, OH. After studying acting at the now defunct National Shakespeare Conservatory in New York, he spent almost two decades performing and directing at the Actors Guild of Parkersburg, where he garnered several local awards. He also appeared in two independent movies: Christ Complex, and White Zombie. David also worked as a Pony Express courier, a parking lot attendant, a movie-rental cashier, an administrative assistant, and as a retail store manager.

With We Were Birds, David Prather has written not simply a collection of poems, but a deep meditation on the freedoms and constraints of life on earth. His attention to birds, to the sky that is their element, and to the plants underfoot, is acute, and always shadowed by a poignant awareness of life’s fragility. His voice is compelling without being raised, inviting the reader: “Open your wishful wings and follow unmarked trails/of land and sea and sky.” The poems are calm and assured; even as they speak of the depth of human loneliness, they console as they convey our commonality. I’m grateful to have read them. ~Joan Aleshire

A Joni Mitchell song complains, “I get the urge for going but I never seem to go,” and so it is with David Prather’s remarkable debut collection, We Were Birds. “Open your wishful wings and follow unmarked trails,” the speaker instructs. However, like Prufrock, the ability to move is thwarted by caution and fear: “Your safety should be your first concern,” he warns, pointing out the window at “starlings, as they rise into the sky . . .” Fear rubs against desire: “The god of self-doubt stands beside me / and whispers in my ear. / The god that holds my atoms together / is sitting in my lungs.” The speaker’s attempt to breathe in that pressurized space is where readers will find something to cling to. ~John Hoppenthaler, Author of Domestic Garden

In these vibrant poems of nature and identity, Prather exhibits a true talent for imbuing natural detail with authenticity, layered meanings, and austere beauty. But We Were Birds is so much more than that; it’s also brimming with mystery and the kinds of contrasts that speak to larger human truths. Filled with rich and accessible language, these poems are intellectually stimulating and emotionally engaging, written by someone with clear eyes and an open, curious heart. ~John Sibley Williams, author of As One Fire Consumes Another

The Art of Bird Identification

―from the book title, The Art of Bird Identification:
A Straightforward Approach to Putting a Name to the Bird,
by Peter Dunne

First, you must observe the world
from a great distance; if possible,
as far away as the exosphere.

Mind you, the temperature and lack of oxygen
will require special equipment,
which will not be advised upon here.

rolling around the sun,
carved-out land masses,
and wind-ripped clouds.

Take heed the spectacle before you.
You must know where to look
before you seek what you desire.

Neither Heaven nor Hell
shall be viewed in this time, nor in this space.
As you move closer,

you will be troubled
by wars and other atrocities.
This is part of the landscape

and cannot be avoided.
Birds will not nest in turmoil, but some will
use the ledges and beams of civilization.

Start in Parkersburg, West Virginia.
Start with the most common species
populating town. You will know the pigeon

by its numbers and its common clothing.
You will know it by its constant pecking
at refuse, its communal behavior in parks.

Along the Ohio River,
you may see a killdeer sorting pebbles,
or a mallard scumming exposed roots

and loosing ground into the hungriest water.
Hungriest may be a misconception
on this observer’s part;

some desires have been known
to be hungrier. Some birds,
like starlings, prefer their verse in rhyme.

They carry depictions of the universe
upon their backs, blue-black
and glittering. You will

distinguish starlings from cowbirds
by their cloaks, and cowbirds
speak in prose.

Easy to identify is the blue jay,
full of scorn. Easier yet is the cardinal,
so nothing more need be said.

Be careful as you cross borders
to other habitats. A guidebook
will be your faithful companion,

regardless of affiliations. Move
through the world at your own pace.
Disguise yourself to capture the most elusive

and exotic rookeries and aviaries
and clutches and colonies.
Do not suppose inhabitants will be friendly.

Your safety should be your first concern.
Tree leaves and wild vines
can provide adequate camouflage

for predator and prey. Migration is necessary.
Open your wishful wings and follow unmarked trails
of land and sea and sun and sky.

Some of the worry is illness,
the tiny mating clouds of gnats, the startled
and choppy flight of locusts, the ragged
white moths too grounded with the season to fly.
Gypsy crickets react to each step
like reservoir water to skipping stones.
Afraid not so much in the loss of this life
as the nearness of another. A definite weakness
splits the air, rips through sure as a crow,
the noisy, certain birds of autumn. Forcing
the predilection to haste, the need
to get things done, to take in everything,
even the wash hanging two days dry
on the line. But, it will wait, simmering
like the compound leaves of black walnuts
dropping slow and yellow and one at a time
throughout September. The rocky ground good
for nothing but tearing open fermented hulls,
while gray squirrels chisel the dark shells
all day to find the sour and wrinkled flesh.
Buttons on shirts press at the chest
to remind the body of small, round cysts
that congregate under the skin. Some days
it is all that can be done to keep from counting
them over and over, expecting more,
and hoping for less. There is nothing
as quiet as the earth, the field plowed
by gluttonous moles, destroying the roots
of jimson weed and ribbon grass to find
grubs and earthworms and anything desperate
to change in its own body, come free from the soil
and rise. Some of the worry is shared,
the nervous silver-sided minnows, the directionless
cicada song disappearing into hill after hazy blue hill.
A pebble in the shoe will coerce the legs to stop,
the hands to do what they must to continue.
Because some of the worry stays
and aches wherever it finds a place to rest,
a place to winter, waiting the long months
to emerge again as though reborn.

Blood oak we call it,
the tree my father and I
fell every autumn to keep a fire

shushing inside the iron walls
of a wood stove. A fire that burns
orange with oxygen, stealing

every second breath
we had expected to take.
We tend the flames like blacksmiths,

lurching so near
that sweat becomes a layer
of skin. There is no backing away

from this heat, for this is the pure
man’s heart in four curved pieces
of metal, the horseshoes

them broad and flat.
Even the water has something
to say. Branded

and blackened and burned.
But, this is fantasy
up here in the wood

where we chainsaw
the ringed ribs of trees,
axe the pungent, yellow flesh.

clutched around my waist.
Broom sedge crawls across the land
before us, smelling of leaf mold

and dawn. And we begin
to move across the field
with nothing and nowhere in mind.

we cannot provide.
None of this matters to the trees,
the lumbering carcasses spilled

across our paths,
and the far away ringing
in our ears when the work is done,

when the work is all, and done.