What I know of Innocence

($13 if ordered from the MSR Online Bookstore) 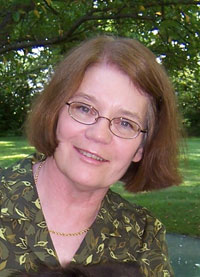 Cathryn Essinger is the author of two other books of poetry–A Desk In The Elephant House, which won the Walt McDonald First Book Award from Texas Tech University Press, and My Dog Does Not Read Plato, which was the runner up in the Main Street Rag book competition in 2004. Essinger’s poems have been anthologized in The Poetry Anthology: 1912-2002, Poetry Daily: 366 Poems, and in O Taste and See: Food Poems. Her work has been featured on Garrison Keillor’s Writer’s Almanac. Her new work has appeared in such places as The Southern Review, New England Review, and Quarterly West. She received an Ohio Arts Council grant and was Ohio’s Poet of the Year in 2005. She is a member of The Greenville Poets, a small but well-published poetry group that does workshop presentations and supports the work of younger writers. She is a professor of English at Edison Community College, in Piqua, Ohio.

David Brent Essinger (videorecording and a/v editing) teaches creative writing at the University of Findlay. Recent fiction has appeared in The Pinch, Quarter After Eight and elsewhere, including 34th Parallel (http://www.34thparallel.net/issuu4.html), The Dirty Napkin and Pindeldyboz online (http://www.pindeldyboz.com/denight.htm). He has a novel manuscript based on his exploits walking other people’s dogs in Chicago, and he ran 100 miles yesterday and can still type.

Whether tapping into the secret language of dogs or mockingbirds or light, whether tuning the mind’s radar in order to detect and understand the loneliness of a mouse or the hopes of bees, whether opening up her own heart to explore the nuances of love for a son and even nameless hippies–Cathryn Essinger reminds us of the magic that exists everywhere if we just pay attention.

In wise and elegant, expertly crafted poems that we have come to expect from this masterful poet, we are given the chance to rethink what it means to live in a world that both gives and withholds meaning. As I read, I felt myself opening more fully to the planet’s mysteries, regaining a sense of innocence, and learning how the world/is colored again by wonder/and mute admiration of the unknown.

–Neil Carpathios
Author of Playground of the Flesh,
and The Axis of the Imponderables

In Cathryn Essinger’s new book of poems What I Know About Innocence, her trademark, wit, grace and dash are put to brilliant use to explore the realities and mysteries of the world. Stories and relationships are made magical. Dogs and cats, birds, mice and bees more than hold their own with people. Babies levitate and a eulogy for a Big Blue Ball will break your heart. The last quarter of the book deals with the impact of a murder on a farming community, proving once again that a good poet backs off from nothing. And Cathryn Essinger is one of our best poets.

Cathy Essinger is a master of noticing and naming. Both the power and the humor in her rewarding poems come from the pointed connections she makes, as in a poem about four monks “preparing to picnic beside / the road,” where their chanting is imitated by a mockingbird. She catches moments of wonder in poems about an “office mouse,” about Cinderella’s coach “moldering / among the windfalls,” about a squirrel asleep on a maple branch, about moonlight reflecting through a windshield, about a sparrow’s egg that reminds the poet of “The catbird your parents raised instead of you.” A broken glass and a cut hand provide the occasion not for an exclamation of pain but for “Catching the Light.” She’s intent on the “story… / inside the story,” nowhere more than in “Dark Flower,” a sequence of vivid, gripping, yet strikingly lyrical monologues about a murder. What I Know About Innocence concerns itself primarily with benediction, not just directed at what’s easy to praise but what’s hard to accept:

I want a blessing for unholy things-
for the catbird that empties
the sparrow’s nest,

for the mice, moles and grubs that eat
at the roots of the apple tree,
for everything

that bites and stings and spoils, a blessing
in which the faithless can, nevertheless,
put their faith.

The whole book abounds in verbal and visual delights, told in an unaffected but highly affecting voice that sounds both neighborly and newsworthy. It’s a pleasure to be caught up in these catchy poems.

—John Drury,
Author of The Poetry Dictionary and Creating Poetry

“No Ideas Except in Things.”

Today I should be writing about the blue
alphabet block that I carry in one hand.
It bites into my palm, making it difficult
to hold onto other things. But I want
to write about the small animal asleep
at my elbow, his fur holding my prints,
the light undercoat showing through
where I have rubbed him the wrong way.

Are you reading symbolism into this?
Good. Symbolism is rampant
in our lives. Every day we are bludgeoned
by its meanings. (Only art can afford
to be subtle.) Outside, a night train
sobs in the dark about distant
misunderstandings, while the moon,
that ancient cynic, rises in degrees
like a watermark on an antique table.

I am telling you, if I believed in coincidence,
luck or fate, I could make a religion
out of this. See how the light chooses
one goblet, but not the next? See how
the water shivers at your touch?

I take the package from the postman and
try to explain that sometimes she tells
lies, such as Credenza on fire,

or Rats on the roof, all harmless
of course. You can tell by the way
she rolls her eyes that these stories

are meant to keep us on our toes,
unlike her more earnest reports
of Kids on wheels, and Woman I know,

or the long rolling rumble that comes
from her chest when she announces
trucks in the street or men in the yard.

But, on winter nights when all I hear
is wind, dead leaves circling in the drive,
the house settling on its haunches,

and she growls from her blankets,
a gravely monosyllable, and will not
be still, I suspect the truth behind

all of her lies. There are always
strangers in the street, an unrelenting
darkness, separation from the things

that we love, and despite all of the tales
that she has told, I know, in truth,
she has never told a lie,

Learning to Love the Moon Again

From the back porch, I see a light still shining
in the backseat of the car I parked in the driveway

hours ago, and worried about my battery,
I step out barefoot, across the gravel, to turn off

the light, but it is only moonlight reflecting through
the windshield that has me stepping so gingerly.

Electric moon, still shining despite my concern,
light so freely given it comes as a surprise–

little slice of half eaten apple, no pennies, no bill
at the end of the month, with shadows

that even a callused lover can learn to love.
You old charmer, who would have thought

you had such a practical bent. Now that I’m here,
your milky light coming in over my shoulder,

maybe I’ll stay awhile, look for that map I misplaced
so long ago, tidy up a bit in the backseat of the car.

Here is a letter I meant to mail, and then thought
better of–some things don’t need to be said.

And here we are, two old lovers waxing toward
regret. Maybe we should linger a little longer–

me in my pajamas; you unshaven, with your
10 o’clock shadow rough against my cheek.

My boyfriend, he took the pictures.
He said he would let me look,
but I knew he wouldn’t.

I’m glad he didn’t. Gee-zee,
if I saw something like that,
they would have to drug me

and put me under for a month.
Sometimes I can’t stand to look
at his camera. I know, it’s just

film, just pictures, but
when I think about everything
that it remembers…the things

that people do to one another,
it’s as if it has a memory, a voice
that can wake you up at night.

Sometimes he just gets up
from a sound sleep, pulls on
his jeans and walks out the door

like he was going to take a leak
in the backyard or something.
He does that sometimes, says he

doesn’t want to wake me up flushing
the toilet, but when he doesn’t come
right back, I know he heard the pager.

I heard on the news that they found
that lady in pieces, but he didn’t say
anything about it, and I sure didn’t ask.