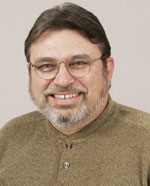 Jim McGarrah‘s first book of poems, Running the Voodoo Down won a book prize from Elixir Press in 2003. He has been nominated for a Pushcart Prize and a finalist twice in the James Hearst Poetry Contest. Home Again: Essays and Memoirs from Indiana, was published in August of 2006 by Indiana Historical Society Press and his novel, Going Postal, in April, 2007. A memoir entitled A Temporary Sort of Peace, which reflects his experiences as a combat Marine in Vietnam was published by Indiana Historical Society press in August, 2007. He holds a Master of Fine Arts in Writing from Vermont College and a Master of Arts in Liberal Studies from the University of Southern Indiana. He has worked as a janitor, horse trainer, carpet layer, mechanic, school teacher, hod carrier, hay baler, and recreational therapist. Occasionally, he drinks.

I’m learning to keep some knowledge from myself, Jim McGarrah writes in a poem aptly titled “The Pursuit of Knowledge,” and such gnarly wisdom infuses these poems that recognize not only the suffering that idles in us all, but that What connects us is our loneliness. As Vietnam continues to provide context for a life given over now to the privacies of love, jazz, and humor, McGarrah searches for the single word, that one small word that might focus his abiding grief and transform it into the language / of air, into an aesthetic that affirms all things beautiful grow alone. These poems by one who reached out / and pulled the lightning inside are full of such profound consequence. When the Stars Go Dark is a disturbingly beautiful book.

In his second book of poetry, When The Stars Go Dark, Jim McGarrah re-examines themes that have certainly become his: a youth of loss and luck, of destruction and distraction, and how, in middle age, one makes sense of this hunger to make sense. His return to Vietnam is a return to his father and to all that went askew. There is no easy closure here, yet his understanding that life survives finally on love and humor makes these poems border on what was once called wisdom. Read them and learn something wise about art and life.

From Vietnam to Biloxi to Guernica, following in the footsteps of James Wright in Anghiari or Rilke in Paris, spanning several decades, investigating the battlefields, back alleys and marketplaces that define us, Jim McGarrah’s poems are characterized by what he calls the myth / of love that grants us grace beyond our own humanity. In one poem a girl waves at the Luftwaffe pilot who will bomb her and her village, in another he remembers a hooker in Vietnam: in countless other poems similar characters emerge to give us back our own humanity through McGarragh’s skill at seeing the mythic and universal behind their individual situations. In one of the many moving poems here, a friend saves his life in Vietnam and he has to put the parts of his body into a body bag, and yet the scene takes on a transcendent meaning in its ending: as the moon surrendered all its promise to the numb shadows of dawn. Between the granting of grace and the surrendering of promise, between the silences and the music that permeate this great book, McGarrah finds a way to live by sharing one dream from different worlds.

It’s snowing dogwood blossoms this April Fools Day. Beneath the tree a 1949 Mercury coupe idles, hugging the curb. Angora dice dangle like square testicles from the rearview mirror. I’m walking by and thinking about fear, how it comes upon me as hunger, full of form and empty of substance, like now when the growl of unmuffled pipes on this classic car reminds me that I’m growing old. This is my fear today—that I’ve become an antique, past my prime and losing time. I need chrome added to my running boards, fender skirts to cover rust, and my hood buffed frequently or the color fades. My wide whitewalls are scuffed and require scrubbing with a stiff wire brush. Tune ups take more effort and newer tools. One plug is always fouled. This fear of aging is a small terror, I’m thinking as I turn the corner, when compared to my brother’s, who has just learned he has lymphoma, or the horror hiding in the rest of the world as they balance their lives between cluster bombs and dysentery, malnutrition and malaria, river blindness and land mines. Still, it always catches me by surprise—the vague, but vicious, fact that even time, a concept without end, has its limits.

There are no stars out tonight
in the alley behind Maidlow’s liquor store.
Here, Charley Waters used to lean
against another old veteran of WWII
way back in the 60’s when I’d come
down the block after high school
civics class and give him my allowance.
“You ain’t old enough to drink,” he’d say,
buying me a quart of Sterling beer and himself
a fifth of Thunderbird to quench his guilt.
They’d sip the wine, he and his buddy,
without saying a word, staring upward,
waiting for stars to pop through
the dusk like white kernels of kettle corn.

I’m in this alley decades later to piss
on the whitewashed wall and look
for those same stars. I’ve done it before,
bought bourbon and snuck out here
always to wonder, going to my car
as those blooms, some ice and some fire,
flowered somewhere in the distant darkness,
what Charley found in the vacuum
of the universe that caused
tears to swell in his blank eyes.

I almost had it once when I first came home
numb from Vietnam, a shadow in the primal brain
forming a vague shape,
gathering substance as it seeped
through me like hot tar,
that connection we’ve all had and lost
with our one beginning.

Tonight, it’s possible to imagine again
when all that’s above me is a black
well of nothing hung on nothing.
What connects us is our loneliness
tearing through the endless sky,
arms outstretched begging the darkness
for a glimpse of those same stars
that always made Charley Waters cry.

In one popular anthology placed neatly between
Frank O’Hara’s and Mary Oliver’s poems, a picture
of Sharon Olds resides as guardian of her own.
I like Sharon’s poems, the way they get to the heart
of the bush without beating around it. But,
this morning I can’t read them because I’m stuck
on the picture, excited in a way her words can’t conjure,
the wide mouth with lips slightly parted, the challenge
of her stare as if she’s telling me, “I know
what you’re capable of and I like it.” There’s a certain
gray wisdom wound around the bitchy strands of
dark hair she combs off her forehead with the thin
teeth of her fingers. And, that long neck, the pale skin
translucent like a white orchid, the kind of neck
you could spend hours running your tongue along.

Once, while at a writer’s conference,
two friends and I swam in a heated pool
the hotel let us use free for being weird looking poets,
as if the warm water would keep us satisfied in some
Freudian womb way and out of the bar,
safely separate from their normal guests.
Brett, Matt, and I floated in the shallows, white bellies up,
hung-over, frustrated language fish. We were middle-aged
men who resembled furniture movers, without the rep
to break lines the strange way Sharon could,
terrified that we had nothing more useful to discuss
than those simple enjambments in her best poems.

The secret madness in Sharon’s method
draws me to her photo this morning.
I love conflict between prosody and
physicality, the way words attempt beauty
when silence is the last best response in its presence.