Where Blue Is Blue / Jane Schulman

Where Blue is Blue 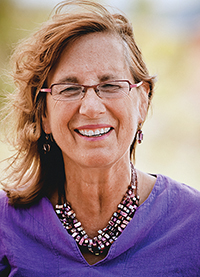 Jane Schulman is a poet who explores themes of love, death, disability, and wonder in the everyday. Her poems have appeared in Mezzo Cammin, Sixfold, The Lake and many other publications. Jane was a finalist for the Morton Marr Prize at the Southwest Review. She was born in Brooklyn and lives in Jamaica, New York, is the mother of four sons and grandmother of six. A seeker and finder of voices, Jane also works as a speech pathologist with children with autism and learning challenges.

Lifting a phrase from Jane Schulman’s wide-eyed poetry, here is a place “where sacred and everyday collide.” Where Blue is Blue savors the layers hidden in a stolen iPhone, a grave stone, flannel shirts tossed to the floor, ice skinning a puddle in the park. I love the way Schulman’s poems leave me feeling: connected to all that lives and all that dies, a little more in love with the world. ~Mary Johnson, author of An Unquenchable Thirst

These are generous, evocative poems in Jane Schulman’s first collection. Read all together, they take the reader to a good place full of family, belief, hope, and even love. ~Esther Cohen is the author of six books.

Jane Schulman’s poems sustain a belief in the deep-down goodness of things, even when goodness manifests in the distressing disguises of illness, aging, and mortality. Her deep allegiance is to the human story itself, and she beautifully evokes the poignant and comic moments within it. These poems are all heart, making a case for kindness—and a humorous willingness to drop everything and make love!—as the best response to the gift of life. ~Patrick Donnelly, author of Little-Known Operas, Nocturnes of the Brothel of Ruin, and The Charge.

She reads The Guide
for the Perplexed, with half
an eye on the café door.

Every other Tuesday,
at the table in the corner,
she’s poised to ask,

Was it hot in the city today?
And he’s ready
to answer Yes and ask

if there’s more marmalade
for the biscuits. Every other
Tuesday the steam

beads up on the outside
of the teapot and sugar gathers
heavy at the bottom.

We buried my father on a rise
under a jack pine where steam rose
from the fresh-dug grave, colliding
with January air.

My sons unloaded the casket
from the back of a pickup and walked it
to the open grave, a Star of David
carved on the coffin lid.

For years my father railed against
synagogues, Zionism, all kinds
of God talk–evangelical
in his atheism.

But in the end, when I asked
one last time if I could bury him
when he died, he shrugged and said
if it means so much to you.

It did. It does. As his last gift,
he let me bury him a Jew.

Now the Star of David rests
above his chest as thirsty roots
of the jack pine mingle
with heartache and nettle.

SHIVA FOR A YOUNG HUSBAND

Hannah sits low on a black bench
talking about Jacob, telling
jokes he might have told
and tales of family fiascos.

Jake insisted we take the kids camping
in the Catskills. The first night out,
it rained and rained and Jake just laughed,
put his thermos cup under the biggest drip
and pulled out his banjo.

I sit in a last row of chairs, listening.
Those close to Hannah
in life ring closer to her in death.

At the end, when the tumors couldn’t
be stopped, he scrambled to make memories
for the kids – driving to Vermont
to put them in ski school, then napping
in the car until they came laughing back
with stories of slaloms and ski jumps.

Hannah’s voice was hoarse, drained
of pain after days of talking.

We never made lists. Never
made plans for an end.

I rose from my chair. My words
to her that she be “comforted
with the mourners of Zion,”
a ritual murmur.