Your Funeral is Very Important to Us / Allen Stein

Your Funeral is Very Important to Us 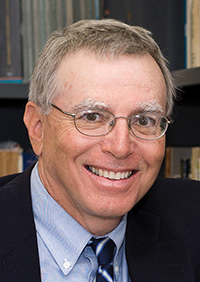 Allen Stein was born in the Bronx in 1943 and is a grateful graduate of the public schools and playgrounds of that borough. He has taught for over fifty years in the English Department at North Carolina State University. His poetry has appeared in numerous journals, among them Poet Lore, Willow Springs, and Salmagundi. Your Funeral is Very Important to Us was a Semi-Finalist for the Brittingham and Pollak Prize. As a boy, Stein dreamed of being center fielder for the Yankees. Now he dreams of being a National Book Award winner who is center fielder for the Yankees.

Allen Stein’s poems cut a wide swathe from a boyhood in the Bronx to monologues from pre-war Germany, from academia to the dark deeds of Nazi soldiers or the Bible-fueled lust of a Kentucky preacher. Stein forgoes the moral certitude and finger-pointing that characterizes so much contemporary poetry to let the imagination do its work and to remind us that we are all, finally, human. Here is a book that should be welcomed with raised glasses and huzzahs. ~Al Maginnes

These engaging poems brim with memories and the images that rise up from looking back: wry, rueful, often wise, and sometimes awfully funny. ~John Balaban

A Bronx past is very much alive in these poems: baseball, the Good Humor man, Fifties Saturday afternoon matinees — a narrative, lit by precisely-drawn images and the occasional line of wiseguy dialogue, unmistakably American. I admire the way their sepia-tinted associations lead us into the present, where the existential lurks, with its obituaries and collateral damage, its Alzheimer’s, its “General Anxiety Blues.” ~Joseph Millar, Author of Overtime

He’s grinning at me, his thumbs in his ears,
fingers splayed. A bald guy about forty
in a suit and tie. He’s dim now, faded
and yellowed, just like the rest of them
in the old photo, sitting over grayed drinks
and a centerpiece of pallid blossoms.
The others merely smile, more alert
to the proprieties, apparently.
It’s a wedding, after all. Mine.
They’ve gathered there for me and the woman
who will be my first former wife.
All these at a table for her distant kin,
unknown to me then or now, when I myself
am something less to her than they were.

Doubtless they’re all gone. It’s been that long.
The grinning fellow went that very night,
an icy patch on the road home. My bride and I
didn’t learn of it till weeks later. He was kin
that distant. I don’t recall his name, and didn’t
just days after I’d heard it. But I feel strangely
close to him now as I peer into the album,
holding it gently at its cracked spine.
He alone at his table, I sense, looks
to the future, toward the time when one
will pull him and the rest down from the shelf
and brood over all that has been and whether
it might have been otherwise. He decides,
I almost suspect, to give me something
to remember him by, something clownish,
but pointed and enduring, preemptive mockery
of the absurd notion that anything
could ever have been other than what it was.

On VJ Day, my father, in Times Square
cheering with the others, spied a nurse,
pretty, smiling, possibly tipsy,
ready, he hoped, for anything.
He started toward her.
And the rest, as they say, is history,
and he had the photo to prove it,
yes, that one, “iconic,” as they say,
with the shocked nurse bowed back
into a sudden clinch and open-mouth kiss
with a stranger,
her neck in the vise of his left elbow,
his startlingly large right hand,
the thick wrist naked above it,
gripping her tight at the waist,
her white dress crumpling in its grasp,
the toe of her right shoe
barely touching the pavement
as her leg bends at the knee
and the watching crowd grins.
Her white stockings show
up to the backs of her thighs
in these first moments of peacetime.

My father kept the picture,
clipped from Life,
framed over the fireplace.
He wanted me to take it to ‘Show and Tell’,
said he’d come along,
and was hurt when I resisted.
“I’m part of a piece of history. I’m educational.”

“People can barely see you in it,” my mother said.
“You’re nothing but a pinprick.”

It’s true. You have to look closely.
To the right of the sailor and the nurse,
there’s a big guy, his hand on his hip,
cropped down the middle,
but clearly a man to be reckoned with,
the sort who might make his move
when the sailor is through.
And just beyond his shoulder,
you’ll notice someone else;
there’s a greasy pompadour,
and, beneath it, furtive and yearning eyes
peering at the nurse and the sailor—
that’s what can be made of him, my father,
this piece of our history.

A trolley line’s iron rails run through the scene,
neither their beginning nor their end
visible within the borders of the moment.

I’d lie awake, nights, as a teen,
dreaming radio dreams,
a dimly lit round dial
my nightlight and my compass,
its filament-thin needle
an arrow pointing me away
in any direction, away
with each turn of the knob,
exactly where I wanted to be—
someplace not here—
what other destination for one certain
he served an endless hitch
in the legion of the misfit and lonely?
A far-off ballpark
under a fuller moon and brighter stars,
or a jazz club with chords
cascading out onto city streets
that glistened in neon through a light rain—
in such settings I’d find my truest self,
throwing the high hard one
and striking out the side,
planting my feet, raising my solo horn,
and nailing the ineffable notes.
In these scenes I was never quite alone.
Sitting in the bleachers and cheering,
or sending a waiter to the bandstand
with her phone number,
was a girl, always, the blonde from Chem,
or the slender pony-tail from English,
or one of my many other unattainables,
each marveling, adoring.