A Short Report on the Fire at Woolworth’s: Selected New and Old Poems 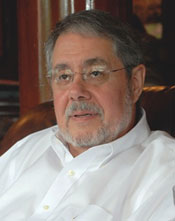 Stephen E. Smith was born in Easton, Maryland, in 1946. After graduating from Elon College, he attended the University of North Carolina at Greensboro, where he received his MFA in 1971. His poems, stories, columns, and reviews have appeared in many periodicals and anthologies. He is the author of seven previous books of poetry and prose and is the recipient the Poetry Northwest Young Poet’s Prize, the Zoe Kincaid Brockman Prize for poetry, and four North Carolina Press awards. He lives in Southern Pines, North Carolina and contributes columns, reviews, and features to The Pilot and PineStraw magazine.

Stephen E. Smith is a talented poet and I was moved by his poems about childhood in the boondocks, especially his anguish for a world of the heart that has disappeared so frighteningly in this soulless, high-powered, selfish era.

Stephen Smith manages to transform the order of ordinary words into a syntax of insight…all his own.

“Whatever There Was to Say” … uses a local image, that of a homeless family wandering a Carolina roadside, to recall the global horrors of the century: “And haven’t / you seen these very same faces in photographs of Jews, / Gypsies, Poles, eyes blank with resignation, fatigue, / awaiting the gas chamber, clutching their belongings — / as if those few scraps of cloth could be of some value / where they were going?” This is the aim of every poet, of course: to find the general in the specific, the universal value in the local detail, to grasp the small part that will imply the whole.

Most moving….especially “The Old Emptiness,” a most powerful statement.

Most of What We Take Is Given

Believing the abandoned farm houses
and burned-out mobile homes held no meaning,
I spent my twenty-first year driving between
the Piedmont and the Carolina coast,
my foot to the floorboard between the tiny
crossroads whose names were Hayne, Stedman,
and Gumbranch, my eyes on the highway,
counting the yellow lines that ticked by like
seconds till I’d see the woman I believed was
waiting. These trips began in summer, heat devils
and tobacco blossoms shimmering, my mind
too manic to discern any singular detail,
but in the fall, a mile or so west of Beulaville
on a curve that dropped steeply down an escarpment,
I noticed a pony tethered to a fence post.
The pony was red, the color of the damp clay bank
against which it had, in all likelihood,
stood the previous summer, and I reasoned
that only the yellow poplar leaves drifting
the embankment served to silhouette the pony.
All that fall and early winter the pony
simplified my predicament: its suffering-
if indeed it was suffering-was not of its making,
and certainly it could will no circumstance.
It seemed unaware of the passing trucks
and cars, the weeks, the months, even the rain
that fell and turned its thick coat a dark brown.
And I began to believe that it all came down
to the casual drifting of leaves, a randomness
that must, finally, strip away all dignity.
Late winter brought ice storms, snow, mist
rising from the ditches and swamps, the Cape Fear
deep and filthy beneath the bridge I crossed
each Friday and Sunday. I recall an afternoon
in late February, the pony standing motionless,
wet snow clinging in heavy knots to its mane,
its eyes, as always, fixed on a patch of
gray earth. By then I knew it was ending.
I suspected, in fact, that the woman had taken
a new lover. I cannot now blame her, time and
distance being what they are, and it is best
to remember her standing in a doorway,
arms crossed below her breasts, her face
composed in silence, as if to ask a question.
It was April, and the highway west could
have been a green tunnel leading me anywhere.
I did not notice the red pony that afternoon,
and believe now that it had simply faded
into the sameness of the clay bank
against which it had stood waiting.

Coming Back To the Old Emptiness

So my grandfather rises
from the depths of the Depression
to flail my father (then a child
younger than my small son)
with an electric cord
in the basement of the house
on College Avenue,
the scars visible fifty years later
on my father’s back and thighs,
and etched deeper in all of us-
my brother, sister, and mother-
than that night’s rage
meant to inflict.

My grandfather is dying tonight,
the madness of eighty years-
the drunken women he dragged home,
the gamblers and bootleggers for whom
his family gave up their beds,
the endless, unrememberable
moments of cruelty
told now with a sigh and the
closing of my father’s eyes-
all of it crumbling,
like the demolition of an old hotel
collapsing room by room,
coming down absolutely
but in a motion all too slow.

I could see it otherwise,
from a distance and with dispassion,
but for the night my grandfather,
a born-again Christian and ex-drunkard,
opened a drawer filled with knives,
guns, clubs, ice picks, straight razors-
a collection of murder weapons
purchased from a local magistrate-
and told me the story of each,
laughing at the moment of death,
then held a silver dagger lightly
to my throat, grains of sweat
beading in his palm.

Because we suffer impossible love,
my father grieves tonight for his father
just as I grieve for mine,
and my son, safe in his bed,
will learn of these cruelties
only in a poem, which itself must
someday crumble, its dust rising in
final dissolution.

Be the first to review “A Short Report on the Fire at Woolworth’s: Selected New and Old Poems” Click here to cancel reply.