An Innocent in the House of the Dead 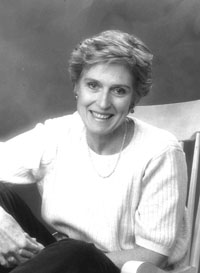 Joanna Catherine Scott is the author of the prizewinning poetry collections Breakfast at the Shangri-la, Fainting at the Uffizi, and Night Huntress; the prizewinning chapbooks Birth Mother and Coming Down from Bataan; the novels Child of the South, The Road from Chapel Hill, The Lucky Gourd Shop, Charlie, and Cassandra, Lost; and the nonfictionIndochina’s Refugees: Oral Histories from Laos, Cambodia and Vietnam. A Woodrow Wilson Visiting Fellow, Scott is a graduate of Adelaide and Duke Universities and lives in Chapel Hill, North Carolina. Her website is www.joannacatherinescott.com.

John Lee Conaway John Lee Conaway was born fatherless in Rockingham, North Carolina. When he was two years old he moved to Washington, D.C., with his mother. He lived there until the age of six, then moved to Cambridge, Maryland. His life with the justice system started with this move. He spent sixteen years on Death Row in North Carolina before a federal court granted him a writ of habeas corpus, and is currently seeking a new lawyer who will help him prove his innocence. John educated himself with the help of other inmates on death row, an NCSU professor and a nun from Michigan, both of whom were perceptive enough to see in him a diamond in the rough. His short memoir Break-Out was published in J Journal: New Writing On Justice, and editorialized as the most poignant story in that issue. An excerpt can be accessed at
http://www.conference2004.jjay.cuny.edu/jjournal/Vol%202%20No%201/Conaway%20-%20Break-Out.pdf

This latest volume of Scott’s poetry is reminiscent of Adrienne Rich’s work in its deep concern with social issues. Here she treats with insight, beauty, and power the ugly subjects of capital punishment and incarceration, and the inattention and lack of opportunity that beget them. In “On Constancy” and “Mail Call on the Cell Block” she tenderly elucidates the importance of “being there” for those who have so often been ignored, disappointed, and abandoned.

—Nancy Black Segafi-nejad,
author of Friends at the Bar: A Quaker View of Law,
Conflict Resolution, and Legal Reform

Only Joanna Catherine Scott’s heart is larger than her skills: Two years I had been locked up / in the hole, / and the space alarmed me, / the unruly light. May Scott’s latest book wake you to the criminal treatment we serve to the United State’s least fortunate citizens.”

–Carol Peters,
author of Sixty Some

Joanna Catherine Scott’s powerful metaphors expose the wounds in our lives.
An Innocent in the House of the Dead deftly uses persona poems and villanelles
to depict difficult lives that might teach us about humanity.

He was an accidental package, thrown away
to float upon the surface of the world,
an obstacle, a mouth to feed,
the nuisance bastard of a rough man’s wife,
a punching bag, a dog to kick,
a pale-skinned black boy good for nothing
but to shove aside, to mock,
to stare at with that hard and silent
slow-neck-turning straight-on stare
that sees so little and yet says so much.

An ordinary story his, the giddy highs off gasoline,
the Bull malt liquor and Wild Irish Rose,
the swift onrush from foster home to foster home,
group home to group, as though he traveled
down a glass-slick tunnel with the four harsh
winds of fate exploding at his back,
his panicked hands flung out to seize
whatever shone along the way–a box of donuts
and an apple pie, a winter coat, a pair of shoes
with solid soles, a pack of socks, a watch, some bikes–

until a handgun, loaned out of his grandma’s purse
to a cat who called him cousin, friend,
slammed him, spread-eagled like a cartoon character,
against the tunnel’s silver-badged,
blue-uniformed dead end.
And then the slave-like hobbles, lost-child mug shots,
and the prison label black, ignoring half his ancestry,
the stunned astonishment at what he had become.
And after that, beneath a high, shrill,
ever-burning light, the long slow dirge
of days and years toward the needle’s fatal,
sympathetic slide into his arm.

AN INNOCENT IN THE HOUSE OF THE DEAD

Killers are easy to grasp. But this: death,
the whole of death, before life,
to hold it so softly, and not live in anger,
cannot be expressed. –Rainer Maria Rilke

You come to me from a nine by seven cell–
one thin-mattressed cot, one high narrow window,
sealed, one obstinate commode.
Your ability to bear is greater than mine
because you have been sorely tested.
What is it that sustains you? Hope?

Excess of being wells up in my heart.

And I weep–for the child in the womb
who has blossomed in a cage of darkness,
for the mother without breasts or arms,
for the unrepentant father hiding in the wings of your undoing,
for the future which is aftertaste,
and the death that will leave none of us alone.

Who has not sat, scared, before his heart’s curtain?

One on each side of wired plexiglass,
we approached each other warily at first
across a vast and ignorant yearning.
Now we know each other well.
Although to the patroller, with his clanking keys
and dull observing eye, not a thing has changed.

Who has turned us around like this, so that
whatever we do, we always have the aspect
of one who leaves?

Misery still oozes through the walls
like sewage into a contaminated well,
and humming over everything like fear
is fear. And yet there is that oldest of old joys-
there is you telling me a joke,
there is me laughing.

HOW I BECAME A CAR THIEF

For God’s sake, take him to his father, my grandmother
would say. And I longed for him, this magical imagined man
who sold brand new shiny cars. How rich he must be,
how happy he would be to meet me, how he would
take me home and call me Son, my son. If I could only
have a car I would drive and drive and find him.
If I could find him, everything would be all right.

And so I watched my mother’s boyfriends, how they did it,
how they put the key in, how they smoothly turned it
with a look of listening concentration, one foot
on the clutch, the other on the brake, and shifted gears,
and slowly, gently, eased this foot up, the other down.
And then the miracle of automated movement,
the clear, straight, take-me-to-my-father road.

I could do it, I knew that I could do it. I was only nine,
but I was tall, my feet could reach the pedals. And they did
the day my mother brought home the Jamaican, the one who
drove the dark red Pontiac. They were busy in the bedroom,
my mother hollering and screeching. I was crying hard and angry,
thinking she was hurting, and crept past them to his pants
slung on the chair. Then I had his car keys in my hand.

We’re finding hundreds of cell phones a year inside prisons.
Their illegal use by inmates is a growing problem.
–Spokesman for NC’s Department of Correction

One cat stored his in a plastic baggy
up his ass. It rang and rang
and he couldn’t answer it
because a guard was on the block.
The ringing tone was loud,
insistently impatient.
It rang and rang, him standing
like a doofus in the middle of his cell–
this cat was not too swift.
Of course the guard heard it,
and then there were police,
and pairs of listening ears
going door to door to door:
Who’s got the phone? Who’s got it?
So this cat sits down on his cot
to muffle it, and somehow manages
to push the answer button.
Hello? it says, Hello? Is that you bro?
So up he jumps and swings his ass
three times against the wall
to turn it off–I said already
this cat’s not too swift.
Hey! the phone shouts, Hey,
what th’ell you up to there?
Like Balaam’s ass
when he took to beating on it
for swerving off the path.
What have I done to thee? it said,
why are you striking me lo this third time?
The phone is truly pissed off now.
What the f— you up to,
you mad m—f—, you?
it hollers out of this cat’s ass
just as the police appear
before him in the door,
just as Balaam’s eyes were opened
to the angel in his path.

Be the first to review “An Innocent in the House of the Dead” Click here to cancel reply.