Anarchy Barbie cannot know what lies ahead of her after graduating from law school and entering the practice of law. In Attorney-at-Large, Gaynell Gavin gives life to this beleaguered, but spirited, protagonist, as well as to the young clients she represents, to their parents and caretakers, and to the social workers, attorneys, and judges that she encounters in juvenile and family law. Her journey, shadowed by the Rocky Mountains, is steeped in the urban and suburban landscape of the greater Denver area, as she struggles to raise her own son while discovering what she didn’t learn in law school.

The intricately interlocking stories that form this novella are by turn, satirical, sad, funny, and tender. Anarchy Barbie’s is a new voice in the age-old struggle to transcend suffering and to keep faith in a world that seems too often not to warrant it. Whether representing a young drug dealer, a teen who has been ordered by a judge not to become pregnant, or a sexually abused child, she brings intellect, intuition, wit-and sometimes even victory-to the stories of the book’s individual characters. Attorney-at-Large not only tells a story but does so through the music of language. 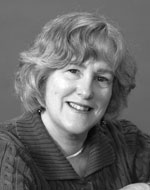 Gaynell Gavin’s poetry, creative nonfiction, and fiction have appeared in Fourth Genre, The Main Street Rag, North Dakota Quarterly, Best New Poets 2006, and The Best of the Bellevue Literary Review among others. Her essay, “What We Have,” published in Prairie Schooner, was included among “Notable Essays ” in The Best American Essays 2009. She was a finalist in the AWP Award Series in Creative Nonfiction, and her poetry chapbook, Intersections, was published by Main Street Rag. Originally from Illinois, she now lives with her husband and menagerie in Columbia, South Carolina and is a faculty member at Claflin University.

In this debut novella, a true tour de force, Gavin’s protagonist rails against a legal system that gives short shrift to women, children, and minorities. She does this with spot-on dark humor, not suffering fools gladly. With fluid and urgent prose, the author gets up a full head of steam and takes no metaphorical prisoners. This novella is emotionally authentic, causing the reader, by turns, to laugh and cry at a legal system–and maybe even a society–run amok.

Attorney-at-Large is a book of the heart and mind–passionate, courageous, tender and stirring. Gaynell Gavin’s protagonist, Anarchy Barbie, explores the strengths and the demerits of child custody law, cross-racial adoptions and foster home placements, the Indian Child Welfare Act, and juvenile law. Want to see how the law really works for children and families? Follow the observant, opinionated Anarchy Barbie as she defends victims of domestic violence, child abuse, and negligent parenting. Attorney-at-Large is provocative and infuriating, while also funny, gratifying, inspiring, and consistently engrossing in its narrative fusion of the personal and the political.

–Lisa Knopp, author of What the River Carries: Encounters with the Mississippi, Missouri, and Platte.

Writer and attorney Gay Gavin calls her protagonist “a stridently oppositional woman” —or maybe others call her that as she swings her weight against institutions seemingly designed to damage her clients, who have been abused and further abused by parents, foster parents, social service administrators, judges, schools, professional experts in racist systems and others along the way.  A Woman Warrior is what I’d call the eloquent author of this brilliant book about the practice of juvenile and family law.  Skip this book at your peril, readers.  The hero is smart, brave, feisty, and she tells a good story.  She’s Wonder Woman, Esq., practicing triage law.

—Hilda Raz, author of What Happens and TRANS

My soul is plastic, hollow is my head
Each day I die but I am never dead.

I stand before the judge whose picture just appeared on brown paper bags throughout the city. Beneath the picture, his name, beneath his name, the caption: Dynamic Hispanic Role Model, one grocery chain’s corporate tribute to Cinco de Mayo. Soon the judge’s voice and image will be among those beamed out to our nation as juvenile crime experts on the evening news.

I tell the Role Model it was predictable that the child I represent should deal drugs and carry a gun, ordained in kindergarten when the court took him from his adoptive home and returned him to a mother who once chased him down the street and knifed him—just a small surface wound, no scar—for taking twenty pennies, which she’d misplaced and later found in a pillowcase.

Perhaps he’s not so good for literature, this skinny, tawny, hazel-eyed boy. Do you find him stereotypical, tedious, bad form? Does he sound too much like hyperbole, used to make a point but what point? Better the subject of a case study or letter to the editor? I stand so often accused of hyperbole, among other sins. He is problematic, this boy with his drugs and his gun. How can he make good literature? Or good law? Neither personally nor professionally rewarding, he breaks my heart. And that’s inconvenient. A broken heart is embarrassing, trite, an unseemly cliché, a grotesque mess: red bits splattered and smeared on walls, counsel tables, floor—keep them far from the bench—so disgustingly female. No broken heart belongs here. Surely, such tawdry bimboism breaks some Disciplinary Rule. If not, it should. It’s lurid. It offends the dignity of the court. Contemptible courtroom demeanor. Take the heart away. Jail it, pending compliance, until it shapes up or, at least, shuts up.

We trained for this, the judge and I. We trained in the language of the courtroom, but I stray—wanton woman that I am—past the boundaries of our learned discourse community, a slattern beyond the pale. I have a boundaries problem. Let me speak frankly then, as a slut and coward.

Role Models, oh my Role Models, make me Lawyer Barbie—strong yet culturally sensitive, maternal yet tough. Attorney Barbie—professional yet compassionate. Above all, make me slender, attractive, and perpetually nubile. Make my breasts ample but firm. Let no sweat gather under the weight of them. Make my body smooth and hairless as a baby’s butt. Make me cute. Make a soldier of me. A cute, mute soldier. Okay—put hair on my breasts. Why not? I love hairy chests. Grant unto me professional detachment in the interest of that triumph of form over substance called justice, that I may continue to help do unto the children of others what I would never permit done to my own.

So, here I stand before the Role Model, saying, blah, blah, blah, “You can order him to stay away from drugs, guns, gangs, but how can he do it? That eliminates his entire immediate and extended family, not to mention his neighborhood. He’s in seventh grade, and you’ve ordered him to simultaneously live in and rip himself out of his only social context. Your Honor, how can any child, any human being, do that?”

I strain this poor judge’s patience and perhaps yours too. By this time, even my inscrutable young client may suspect me of madness, or maybe he doesn’t give a damn what we’re talking about, even though it’s him. Admittedly, we are boring, the judge and I.

The boy is scarred. Ah, you think, she speaks metaphorically of his psyche. Let me speak plainly, having learned this first rule of statutory construction: to determine legislative intent, look first to the plain language of a statute (an invigorating exercise for any rugged American individualist, as statutes are rarely written in plain language). Nonetheless, we can say clearly, “The plain language means… (whatever),” as if saying makes it so.

I speak of the boy’s face, laid open above the left corner of his mouth by a lead pipe. Let me speak in the public discourse of my culture. Lead pipes don’t scar people; people scar people. Let me speak in tongues: of inscription, the body as text, on the boy’s left shoulder—a scar so tiny, it hardly bears mentioning. So apropos—a small bullet for a small shoulder.

The Role Model restrains himself from rolling his eyes. He sighs and gives a terse, “All right, thank you,” which probably means, Please, shut up, you self-indulgent, verbally narcissistic, bitter, mean, castrating, extreme, evil, hysterical—not to mention lyrical—babbling bitch. My docket is already overcrowded. Please, Ms. Barbie. I can’t listen to you ramble on all morning. Anyway, what can I do—devise and order some kind of Marshall Plan to rebuild this city? What the hell is wrong with you—are you on your period?

He knows? There can’t be blood on my skirt. I’m not wearing a skirt.

So I abandon him. And go to the mall.

If you would like to read more of Attorney at Large by Gaynell Gavin, order your copy today.

Be the first to review “Attorney at Large” Click here to cancel reply.