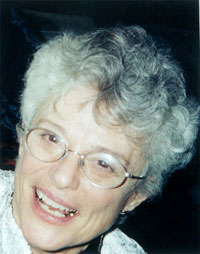 Jo Barney, Portland, OR.
Ms. Barney’s writing reflects her examination of her life and the lives of those close to her. She looks at incidents, feelings, and changes through the eyes of a licensed counsellor turned story teller. Lately, her essays, short stories, and articles have appeared in a number of publications including anthologies (VoiceCatchers, Ink Filled Page, Our Turn, Our Time), literary magazines (Perigee, Beginnings, Kalliope, Apple Valley Review,) and have won awards from Willamette Writers, Oregon Writers’ Colony, and Women on Writing. She is disappointed her True Love story was published anonymously and that her novels have not been published at all. 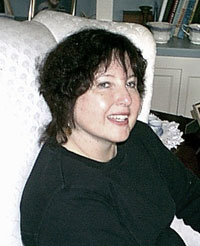 Ms. Barnhill’s work has appeared in a number of literary magazines and anthologies including The Antietam Review, the Grammy-nominated Grow Old Along with Me and the Notre Dame Review. She is the recipient of grants, awards and residencies. Her first book, At Home in the Land of Oz, has met with favorable reviews. Ms. Barnhill is also a speaker who offers talks about the importance of our stories. She teaches creative writing workshops, special workshops that enhance creativity and is currently at work on a novel set in Tudor England. 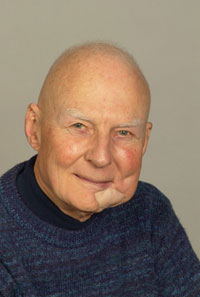 Charles Edward Brook, Zurich, Switzerland.
Mr. Brooks was born in North Carolina. He holds advanced degrees from Duke University and the University of Lausanne and fellowship of the Society of Actuaries. His work has appeared in Eureka Literary Magazine, North Dakota Quarterly, SEEMS, Xavier Review, among others. In addition to original writing, he is active as a literary translator, working in English, French, German, Italian, and Portuguese. 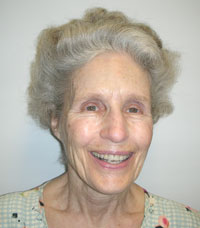 Ms. Burris has published poems in Negative Capability, The Sow’s Ear, West Branch, and The Cape Rock, among others, and short stories in The Coe Review, Habersham Review, The MacGuffin, Kalliope, Happy, Women’s Words, Willow Review, Riverwind, Hurricane Review, Onthebus, Santa Clara Review, and The Mochila Review. She won the Marjory Bartlett Sanger Fiction Award in 2003 (story published in the New England Anthology of Writers). Latest publication is in the January 2008 issue of R.kv.r.y (online). 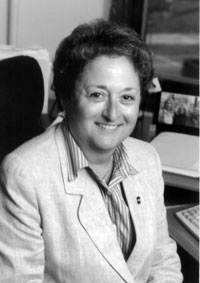 Elayne Clift, Saxtons River, VT.
Ms. Clift is a writer, journalist and an adjunct professor of English and Gender Studies. A regular columnist for several New England newspapers, she is Sr. Correspondent for the India-based Women’s Feature Service. Her latest book is a travel memoir titled ACHAN: A Year of Teaching in Thailand(Bangkok Books, 2007. She has just completed her first novel, Hester’s Daughters, a contemporary, feminist retelling of The Scarlet Letter. 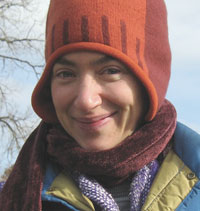 Ms. Dane is a writer of essay and fiction. She was born and raised in Omaha, Nebraska. She studied science and dance at the University of Wisconsin, Madison. From 1994-96, she taught math and biology as a Peace Corps Volunteer in the Central African Republic and later continued her cross-cultural studies for two years in Guatemala. She is the mother of three children. “Treading Water” is her first published short story. 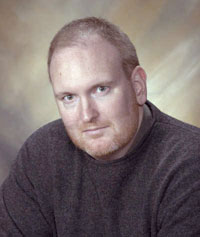 DeFrain, Darren: Wichita, Kansas.
Mr. DeFrain received his Ph.D. in creative writing from Western Michigan University and his MFA from Texas State. His cult novel, The Salt Palace, was short-listed as a best novel of 2005 in several national publications including The Kansas City Star and was a finalist for ForeWord Magazine‘s Best Small Press Novel. A recent Kansas Arts Fellow, his short stories, essays, and poems have appeared in many journals and publications. He lives in Wichita with his wife, writer Melinda DeFrain, and their two daughters, and directs the MFA at Wichita State University. His story collection,Inside & Out, is forthcoming from Main Street Rag Publishing Company. 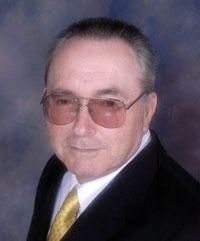 Lewis Horton, Sacramento, CA.
Mr. Horton’s stories have appeared in Terra Incognita, Pleiades, and other magazines, in five countries, including three anthologies. A play “Diorama” was published by New Issues Press (2007) in the anthology The Art of the One Act. A travel book, Escape from Mexico (2001), was called “A hilarious tour of hell” by Rick DeMarinis. 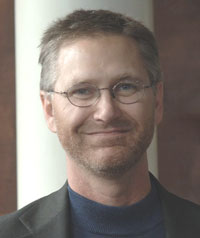 Sam Howie, Spartanburg, SC.
Mr. Howie has published or has forthcoming fiction and nonfiction in such publications as Fiction International, Shenandoah, The Writer’s Chronicle, Potomac Review, and Southern Humanities Review. His work has been included in two anthologies by the Hub City Writers Project. First alternate for the 2005 South Carolina Individual Artist Fellowship in prose, Sam has served as Acting Director of Creative Writing at Converse College, where he currently teaches and directs the Writing Center. In the summer he directs and teaches fiction in the college’s Young Writers Summer Workshop. He holds an MFA from Vermont College. 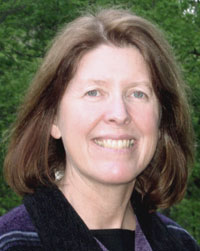 Nancy McKinley, Mechanicsburg, PA.
Ms. McKinley writes fiction, essays, and creative nonfiction. She teaches in the low residency online MA/MFA at Wilkes University. Her novel, Travels With A Nuclear Whore, won the creative writing component of the Thayer Fellowship in the Arts. She has an MA from Colorado State University and PhD from SUNY-Binghamton. 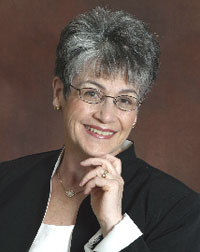 Mimi Moriarty, Clarksville, NY.
Ms. Moriarty is the producer and host of “Write Stuff,” a cable access TV program in the Albany, NY area. Her short fiction, poems, essays and articles have been published in many journals, magazines and newspapers, including Margie, Alehouse, SLAB, Thema, Rockhurst Review, Connecticut Review, Peregrine and Irish America. She holds an MFA in Creative Writing from Goddard College, and teaches creative writing to adults and teens. Her chapbook of 23 poems about the aftermath of war, War Psalm, was recently published by Finishing Line Press. 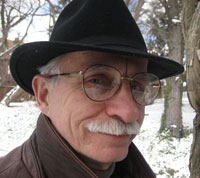 Walt Peterson, Pittsburgh, PA.
Walt Peterson has three chapbooks of poetry, and his In The Waiting Room of the Speedy Muffler King won the Acorn-Rukeyser Award from Umon Press of Hamilton, Ontario, Canada. He also has short stories, a memoir and photographs published. He currently does a writing workshop for incarcerate men at SCI Pine Grove in Indiana County Pennsylvania. He has helped raise two sons and lives in Pittsburgh, Pennsylvania. 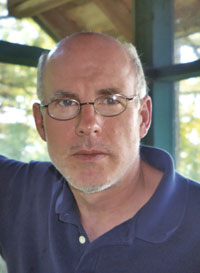 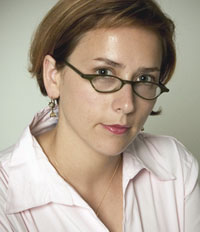 Nicole Louise Reid, Evansville, IN.
Nicole Louise Reid is the author of the novel In the Breeze of Passing Things (MacAdam/Cage). Her stories have appeared in The Southern Review, Quarterly West, Meridian, Black Warrior Review, Confrontation, turnrow, Crab Orchard Review, and Grain. She is the winner of the 2001Willamette Award in Fiction, and has also won awards from the Pirate’s Alley William Faulkner Short Story Competition, the F. Scott Fitzgerald Literary Society, and Glimmer Train. She teaches creative writing at the University of Southern Indiana and is fiction editor of Southern Indiana Review. 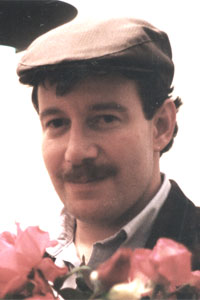 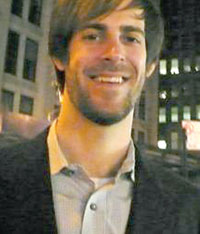 Christian Rose, Brooklyn, NY.
Mr. Rose was born in Binghamton, New York on Halloween in the 1976. He’s a graduate of Lafayette College and Binghamton University. He currently teaches at a public school in Brooklyn. His fiction has appeared in The Modern Drunkard, Denver Syntax, Zygote in My Coffee, Wordriot.org and DeComp. Growing up, he spent a week each summer on Mary Island State Park in the 1000 Islands region of the St. Lawrence River, where “Cliff Jumping” is set. He has completed several screenplays and novel-length manuscripts and invites readers to visit him atwww.myspace.com/christian__rose 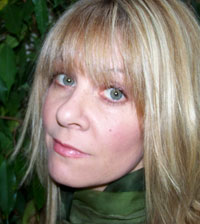 Linda Sands, Lawrenceville, GA.
Ms. Sands’ award-winning short stories and essays have appeared on bathroom walls as well as in the Atlanta Journal-Constitution, Skirt! Magazine, Duck and Herring Co, venuszine and more. Currently completing her third novel and a collection of short stories while tap-dancing for agents, Linda is the founder of scratch, a monthly writing contest soon to be an online journal. Read more about the contest and Linda at her website: www.linda-sands.com 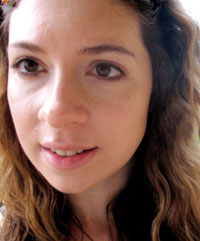 Alison Stine, New York, NY.
Ms. Stine was born partially deaf in Indiana in 1978, and grew up in rural Ohio. She was educated at Denison University and at the University of Maryland and is the author of a chapbook Lot of My Sister, winner of the Wick Prize, from The Kent State University Press. Her awards include a Wallace Stegner Fellowship in Poetry at Stanford University, and scholarships from the Bread Loaf Writers’ Conference and Sewanee. A former high school Special Ed teacher, she is an Adjunct Professor at Fordham University and at Manhattanville College. She lives in New York City with her husband and his young son. 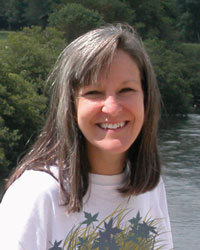 Julie Townsend, Charlotte, NC.
Ms. Townsend is a published short story writer as well as in other genres. She has publications in The Distillery, The MacGuffin, Main Street Rag, andNo Hiding Place: The Legacy of Charlotte Area Writers. She won Creative Loafing‘s Fiction Award in 1999; First Place in North Carolina’s Working Press Award for an expose on a cult-like church in 2001; and Third Place in Creative Loafing‘s non-fiction category, 2002. She currently has a novel under consideration and teaches at UNC-Charlotte as a full-time Lecturer. 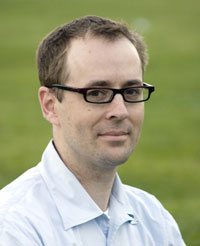 Eric Vrooman, New Orleans, LA.
Mr. Vrooman’s short fiction has appeared in Carve Magazine, Minnesota Monthly, The Cream City Review, Ninth Letter, and Passages North. His novel in progress, Louisiana Purchase, forces French and Americans to live together by imagining the discovery of a buy-back clause to the Louisiana Purchase. He currently teaches at Tulane University. 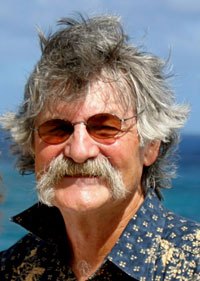 Gerald Wheeler, Katy, TX.
Mr. Wheeler born January 3, 1940 in the buckeye state, orphaned at six, raised mostly by maternal aunt and grandmother, and passed around to other kin. He was runaway at 16 and spent over 32 years as a social worker rehabilitating himself, juvenile misfits, abused kids and hardened criminals. He has a Ph.D. from U. of Chicago, taught college courses at major universities and published scholarly books and articles. His first paid article was inL.A. Free Press in late 60’s, first published poem and short fiction in 1998. He’s also a wildlife and nature photographer and struggling to be a cancer survivor. Website: www.runningcolors.com

Whenever I find myself growing grim about the mouth; whenever it is a damp, drizzly November in my soul; whenever I find myself involuntarily pausing before coffin warehouses, and bringing up the rear of every funeral I meet; and especially whenever my hypos get such an upper hand of me, that it requires a strong moral principle to prevent me from deliberately stepping into the street, and methodically knocking people’s hats off—then, I account it high time to get to sea as soon as I can. This is my substitute for pistol and ball. With a philosophical flourish Cato throws himself upon his sword; I quietly take to the ship. There is nothing surprising in this. If they but knew it, almost all men in their degree, some time or other, cherish very nearly the same feelings towards the ocean with me.
—Herman Melville, Moby Dick

What is this hold water has over us? Sure there’s that whole drinking it thing. That survival instinct. But does that explain the million dollar beach houses? The MTV Spring Breaks? That almost irresistible feeling I get looking at some deep pool of water, seducing me to the point of jumping in and sinking to the dark bottom?

Water has served as a muse for writers from the beginning when the cave people carved “Glug, glug” with some bubbles over the picture of crude waves. Its constant pull, its unceasing movement seems to drive us to frenzy. Like those crashing waves in From Here to Eternity…. And we draw from that fount of energy.

Big water has been taken literarily and stretched to its definable limits by these authors, from a man become sea lion to the regulation signs of an exclusive beach and all between. The stories here may not all be on the high seas, but they all have that feeling of when you’re next to the big water, that something is under there, something awe-inspiring, something terrifying, something mysterious, something that could in an instant wash away your past life.