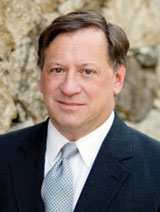 Marc Stone
Marc Stone, born and bred in Brooklyn, has had poetry published in The Awakenings Review, Faultline Journal of Art & Literature, Fourteen Hills, Karamu Literary Journal, The Main Street Rag and Pudding Magazine, among others. Believing versatility (and financial liquidity) to be worthy goals, he has also co-authored articles for U.S. and China law journals on patent strategies and the Foreign Corrupt Practices Act, been a corporate lawyer, director and executive principal of an electronic brokerage, and a member of The New York Stock Exchange, occasionally lectures on business ethics, and lives with devotion to his wife and four children. He has a bachelor’s degree from Brown University (English and American Literature and Theatre Arts and Dramatic Literature), and a juris doctor degree from University of California (Boalt Hall) School of Law.

Marc Stone writes smart poetry, poetry that invites you to read again—and again—with new rewards each time. His collection, Diminishment, navigates modern life with the enthusiasm of an adventurer while deftly avoiding cynicism and sentimentality on the journey. Stone’s language is pure jazz—it dizzies the reader in the best ways. At the core, these poems are sharp and the poet’s voice sure, pushing us on until something deep and human emerges. I highly recommend!

As an editor of a literary journal, I read thousands of poems a year, and sometimes it becomes difficult to distinguish one voice from another. Marc’s voice is an exception. He sees experience through a unique lens, creating images that force our eyes to open to new ways of feeling. His is a language that resonates and makes us want to read more.

As a poet, Marc Stone is able to convey his extraordinary vision forcefully and poignantly. Now, in Diminishment, we see again how Stone’s mastery of poetic language is striking and moves the reader to contemplation and introspection. His words and themes speak straight to the mind and heart at once.

Jim’s foot stood sideways in the air, he was dead
and no more alone, thought his daughter, than before.
She stayed with the foot, avoided the balance of him.

She I.D.’d Jim by his foot, for the cop, eyes trapped.
In side view Jim’s balance unevenly draped
the bed, the sheets, which blushed, uneasy holding him.

in those nearest willing
little more than a murmur
to pump reds.

Jim’s foot, cocked upward, stayed tense.
He was dead, saying to those not there
this is as high as I go, so look or not.

Against the vibrant palette
of aisled food products fluoresced
over light linoleum floors
the pre- and post-middle-aged man
strolled together at
one pace with one cart
agreeing or not at each stop what
went inside.

The older man, well-aged
mellow and complex, was enjoyed
by the younger and others in
wooden underground rooms built
by him to preserve his choices.
The younger’s hairline and
waist showed the onset of
bitter aging.

The aging now saw the aged as
far away in two ways,
partner and self-image, so
he argued over corn, dressings
and meat, stormed off for a
second cart, then searched for
sturdy-looking lifeboat men in
other aisles.

So is there any great learning that came out
of the quarter? We forget where we came from.

Haven’t got a clue. Who found the building?

To be honest:
Whether we like it or not:

I kind of need them to keep talking. Making
the phone ring is a thing of the past. Meat and
Potatoes. Blocking and Tackling. Camouflaging
one strategy with another. Elevator speech.
Net promoter score. Bobble-head. Rocket Ship.
Weekend away or cash? The document without
the title long-term. It’s all about tradeoffs, baby.

I’m very pleased with it but very unhappy it had no
impact. I’m waiting for that hug. Celebrate that
and expose that. Rough Crowd. Squeaky Wheel.
Freak out. Death March. I guess he was asleep.

Going through this process is really nice because
you think you are not accomplishing anything but
you really are. Leads in the pipeline. A synergy
that’s working. So you’re getting synergy. I’m
gonna use the word swimming. We’re almost
at the end of the pig going through that snake.
We gotta make more noise. We gotta capitalize on
everything and let me just tell you: celebrate and
expose that. That’s what I was thinking that’s where
you were going when I was in the shower this morning.
It’s tough to compare.

Jack, on the hill, blows his horn off.
Jill tumbles lightly, drums roll.

Cold, old (oversold) they take it
in to freeze their lips against
the kiss of each leather jacket
pointed to them from lowland lines
of motorbike lowlight rotations.

“You know” (they think, then forget),
on the road, nowhere slow,
circles, purples for splitting
red and blue, for neck shakings.

Jill and Jack laser color the sky
through the peaked purple of their
blue and red window panes.
Three more hours warm with rhymes
of helicopter blades speaking
their other language.

The hammers and horse screechies
will speak with them later as frontally
as they choose, with flinches, as beer
after beer takes them back to
their cave and its primitive wall art.

Be the first to review “Diminishment” Click here to cancel reply.