Giants of Our Childhood 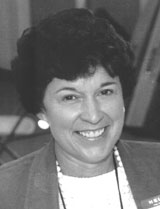 Mary Ann Thomas, who was raised in East Lansing, Michigan, received a BA in Journalism from Michigan State University, an MA in Religion from Northwestern University and an MA in Social Work from the University of Chicago and worked as a psychotherapist in mental health and private practice for over thirty years. She lives with her husband in Tega Cay, South Carolina, where they raised three sons, two of whom live nearby with their four children. Her short stories were selected as winners in the South Carolina Fiction Project two times, and her poetry, fiction, and nonfiction have all won first place prizes in Charlotte Writers’ Club contests. Currently she is completing her second novel.

I can’t think of a better epigraph for this image-rich collection than the one chosen, a reflection by Frederick Buechner on how understanding the “giants of our childhood” helps us “to understand ourselves-in new ways.”

Mary Ann Thomas brings her giants-among others, “handsome, silver-haired Uncle Elwood,” “a 250-pound nighttime drama queen” by the name of Ida, and her “cold, unthawed, unbent” father-as well as “the oak and beech, the pine/and white birch” of her childhood Michigan, to life in these poems that are a testament to the importance of seeking out-and sharing-our stories. As she writes to her father in “Standing in a Small Aluminum Boat,” “In the dearth of family stories/I did not know the parched/bones of your early life.” Her attention to the known details provides her a new understanding and invites us to notice, along with her, “the sky bluebird blue, the clouds feathering, the wind whispering our name.”

Grandmother Matilda McWilliams Mason
lived in a huge stone house
with walls fifteen inches thick–
so thick no one outside could hear
me at the pump organ in the sitting room
stretching toes to touch the bellows–
solid like the roots of her beliefs,
dense like the water that flowed
from the pump in the back room
where everyone shared the dipper,
ample like the wheat bread
and sugar cookies she baked.

She lived next to the railroad tracks
in the four-cornered town
where dreams hissed in and out every day
with the mail pouch snatched from a hook,
the incoming mail tossed to the depot floor.

My brother Elwood and I waved
rhubarb leaves at the wise-eyed engineers,
chewed stalks and played
tomato-catch over the sunflowers,
wandered through rooms
on expeditions for artifacts,
produced plays from the raised floor
at one end of an upstairs bedroom,
hid in the tiny room under the stairs
where toys were dug from the dark
and we could spider
in and out of our imaginations.

ON THE ROAD TO ROSE LAKE

Long into adulthood I thought my father
had revealed nothing personal:
he covered everything like winter snow
that doesn’t melt till April in northern Michigan.
In April I saw his reflection in puddles of words,
pools of stories that flowed into his image.

Mary Sophia Calhoon, his mother, lived with J,
my grandfather, on the road to Rose Lake
in a four-room farmhouse on a treeless hill
overseeing sand and rocks. Before she died at 29,
she penned lovely letters, one to relatives
about J’s typhoid fever, another about
crocheting a “husher”–a lacy cover for
a chamber pot to keep
noise hushed at night.

Mary milked the cow, gathered eggs, patched
around windows to keep out the wheezing wind.
When he was small, Dad asked her to rock him;
J said little boys didn’t need rocking. Dad told
about one boy who couldn’t get down from the top
of kitchen cabinets. His father said, “Jump,
I’ll catch you.” The boy jumped, the father moved aside
and said, “That will teach you. Don’t ever trust anyone.”
I was too stunned to ask
who was the boy, who the father.
Dad adored my mother. Trust, I’m not sure.

J had his own team of loggers, gone for days,
where they could smell the forest, hear the wind
push on hiding animals, touch the rain as it spattered
near their feet. They cut trees, rolled the logs
down the river, hoping they’d not fall into icy water
and see their own images.

According to Aunt Ida, Dad had a fight with J
on the front lawn of the farmhouse
on the road to Rose Lake.
No one knows the reason. The next day Dad left
with pennies and dimes Aunt Ida and Aunt Alice gave him
from their savings hidden between the floor boards
on the second floor. Later he put himself through
Central Michigan, played in the first football game
he ever saw, and married his professor,
a two-year “Normal” School graduate: my mother.
They built a summer home on Rose Lake.

THE SLOW PROCESS OF RIPENING

In your first job out of college, son,
they sent you 1000 miles beyond the garden.
You folded your fears in new blankets.
My emptiness ballooned. Days
were not built for such stretching.
In three months they moved you back
twenty miles from home to a renovated
downtown where police warned you
to stay home and keep your car in the garage.

I cleaned kitchen cupboards,
gave you cookbooks, hoped your
cleaning skills had grown beyond
the green mold of college bathrooms.

I send doves out each morning
and, home again, they tell me
they saw you. At night I hold
my breath and send prayers,
like shooting stars, over your front door.
Keep it locked at all times, I say.
I do not think you know
the smile of unnamed danger
knocking in the night.

Be the first to review “Giants of Our Childhood” Click here to cancel reply.