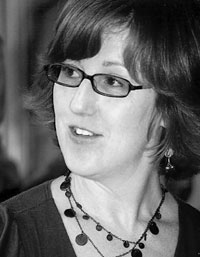 Malaika King Albrecht’s poems have been published in many literary magazines and anthologies. Her poems have been translated into several languages, including Farsi and Hindi. She has taught creative writing to sexual abuse/assault survivors and to addicts and alcoholics in therapy groups. She is the founding editor of Redheaded Stepchild,http://www.redheadedmag.com/poetry/, an online magazine that only accepts poems that have been rejected elsewhere. She lives in Pinehurst, NC with her family, too many cats, a dog, birds, fish and horses. She is a therapeutic riding instructor.

Malaika King Albrecht is a master of placement. These poems take the reader through the ups and downs of dealing with Alzheimer’s in such an honest, unblinking fashion that they read almost as a single heart-wrenching, joy-keeping piece. Of course, as the poems are so well-placed in relation to each other, so is the collection perfectly placed in time. As Alzheimer’s becomes an every day part of the fabric of millions of Americans’ lives, who among us can afford to enter that reality without the preparation this book provides. Even without such real-world relevance, however, this would be a collection worthy of great admiration. Every poem is layered with luscious imagery, notable sound texture, and cathartic emotion. These Lessons In Forgetting will not be soon forgotten by any reader.

Years before we knew
of her Alzheimer’s,

she struggled to find the bird’s
name. She spread her arms and said

skimmed so close to the water,
I thought he’d break the surface.

Mom and I know this is wrong,
the parking lot, the take-out paper bag
between us, and the car idling,
a/c blasting and her gulping down
Benadryl pills with unsweetened tea.

She reaches into the bag, retrieves
the lobster, red as a sunburn.
Shouldn’t we have an epi-pen? I ask.
She points to the red ER sign,
We’re right here.

In the near dark, she devours the lobster.
We walk quietly across the parking lot
into the hospital. Her face buttery
and already swelling, she smiles,
Perfect Mother’s Day.

The Day Mom Forgets How to Get Out of the Car

Mom wrestles with the seat belt.
What’s wrong with you?
she yells. You’ve tied me in here.

No, I say. It’s the seatbelt.
I reach across her, undo the belt,
and take her hand. Just step out.

Her legs are stiff, she won’t
swing them out of the car door.
I pull her knees towards me,

try to lift her, but she grabs
the steering wheel. She clenches
her jaw until her lips blanch.

With her free hand,
she swats at me, screams,
Stop it. Leave me here to die.

Then she cusses, such a string of words.
For a moment I’m almost glad
she remembers them.

Be the first to review “Lessons in Forgetting” Click here to cancel reply.