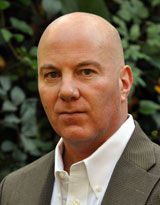 Joseph Ross
Joseph Ross is part of the vibrant literary community in the Washington, D.C. area. His poems appear in many anthologies including Collective Brightness: LGBTIQ Poets on Faith, Religion and Spirituality,Come Together: Imagine Peace, Full Moon on K Street, and Poetic Voices 1 and 2. His work also appears in a variety of journals including Poet Lore,Tidal Basin Review, Beltway Poetry Quarterly,Drumvoices Revue, and Sojourners. He has read at the Library of Congress and been nominated for a Pushcart Prize. An early member of D.C. Poets Against the War, he co-edited Cut Loose The Body: An Anthology of Poems on Torture and Fernando Botero’s Abu Ghraib. He founded and directed the Writing Center at Archbishop Carroll High School and now teaches in the English Department at Gonzaga College High School. He writes regularly at JosephRoss.net.

REVIEW
I finish this beautiful, brave book with tears and a desire to run outside into blue chill day singing, calling to dogs and birds, sifting layers of elegy and affection that surround us all, gifts of recognition/recovery, precious connections and letting go, all of it at once, with our minds and our bones, yes, with everything we know. Oh brother, thank you, Joseph Ross.

Joseph Ross gives us a collection of poems that traces words down the center of the back of death. Like a graffiti artist he tags our emotions. Ross takes us from the streets of DC to the land of Darfur. After every poem we are forced to ask — what is the deep truth? When Basquiat meets the Buddha only the Bone Man can tell the tale. Ross writes like a witness to a new religion. Have faith in these poems; they are filled with the type of light the darkness would love to kiss.

These poems by Joseph Ross in Meeting Bone Man read like translations–not from another language, but from a separate way of being, of understanding. Ross writes his way into the depths of the world in which we live, respecting and properly naming each similarity and difference for what it is–sometimes, for what it should be. This is a lovely book of poems.

Imagine the Halloween skeleton
of your childhood.

Usually, when you
meet someone,
you extend a hand to touch
living skin to skin.
You exchange a smile,
a pleasantry.

But not with him.
Meeting Bone Man
is not quite like meeting
anyone else.

He may stride
all legs and arms
in your direction
delicately, deliberately.
He may click and slide,
clattering gladly up to you.
He may seem to smile,
toothy and brilliant,
but assign no emotion
to that expression.
It is his only one.
It is the one and true way
teeth fit into the head.
Your teeth look at him
in the same way.
You just don’t know it.

When you meet him,
you respectfully acknowledge him
with a nod or note of recognition.
No scream or gasp.
After all, you know
what you are seeing.

You admit him,
you let him in.
There is no point pretending
you have not seen him
once you have.

He may offer you
his spidery hand to shake.
And, he may not.
It is best to follow
his lead.

After all,
touching him
will not change anything.
You need not fear that.
You cannot catch anything
from him.
You already both have
the same condition.
And he knows this.

You look into his eyes,
as is our custom.
But with Bone Man
this will not get you far.
In seeing what looks
like nothing,
he actually
shows you everything.

In the end,
we all lie down in pieces,
in dry and tilting disarray.

Thinking of her
is kind

of a search, a voyage
of looking

for signs and moments,
shadows and gasps

of her. I still
move toward the phone

then stop myself,
a foolish son

who doesn’t remember
his mother is

dead. So begins
the search.

A hummingbird
dips into a

blood-colored flower
and I strain

my eyes to search,
to see

the other side
of my breath.

Make room for the nineteen year-old veteran
rolling his wheelchair down this
immaculate airport terminal hallway,
his face fresh as a high school diploma.

He should be shooting baskets
in a sweaty, screaming gym,
watching a cheerleader
out of the corner of his eye,
and dreaming of wrapping his legs
around her in the back seat of his car.

No such dream today.

But there is plenty of sweat
and more than enough screams
while he dreams of his legs
lying against a broken window
in the back seat of a humvee
in Baghdad.

Before My Father Was My Father

Before my father was my father
he slipped off a sinking ship.
In 1942, in the war waters of the Pacific,
two explosions tore holes
in the skin of the SS Coolidge–
underwater mines,
the captain should have known were there.

This mammoth troop ship shook, shivered,
and then leaned into its own death.
Its yards of steel strained and winced,
shrieking in unnatural directions.

While thousands panicked
my father slipped out a porthole
with a friend who couldn’t swim.

He could see Espiritu Santo Island,
and, knowing that a sinking ship
is not your friend, out he went.

He wriggled through the porthole
and then, with chest and stomach
pressing the ship’s side,
slid down that vast grey metal wall,
which was slowly flattening itself.

He crawled past welds and markings
which were not intended to see daylight,
designed only for the emerald light
of a drowned world.

He groped his way over thousands of rivets,
and acres of steel, curving and slipping
into their own wet grave.

Finally, he could let go,
and with the SS Coolidge,
he too plunged into the sea.
But unlike the ship, he could swim.
He came back up, tossing water droplets
from his army haircut, breathing,
and splash-walked to the shore
of an island named after the breath of God.

At ninety years old, my father has let go
of wife and home and so much more.
He walks now in the waist-deep waters
of age and quiet, toward an island
whose name we do not know.

Be the first to review “Meeting Bone Man” Click here to cancel reply.