No Lifeguard on Duty 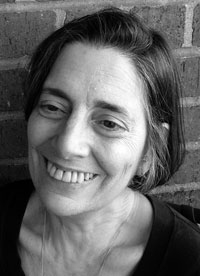 Myra Malkin grew up in Brooklyn, the daughter of a spinach packer who also bottled pickles. She majored in Classics at Radcliffe College. Then she switched gears and studied acting at the Royal Academy of Dramatic Art in London. Back in New York, she was a founding member of a small off-off-Broadway company, the New Repertory Company. After moving to Ithaca, New York, she went to Cornell Law School and, for fifteen years, worked as a legal services attorney in Ithaca. Her last publication was a chapter (with Peter W. Martins), of the Social Security Practice Guide published by Matthew Bender & Co. She was married to Edward Murray, a musician; their daughter, Nadya, lives in Japan. She now lives in New York City and is a longtime member of the New York Poetry Dogs.

No Lifeguard on Duty, its rich imagery delivered in uncluttered language, is about loss and grief. “Casserole women will blossom,” Myra Malkin writes in one poem, where she speculates on what might result if she had died, instead of her husband. It’s not easy to create a collection of poetry reticent in its emotion in which so much emotional power shines through. Malkin does that in poems that are attentive in their sound and rhythm, and intellectual in their approach. The book is a requiem, a plainsong for a dead and much-loved husband, and a hard look at dying in general — with subject matter ranging from a mostly-burnt dead dodo to Traviata. But it is she who has survived, she who is trapped “in the Kansas of after.” In that Kansas, every enjambment and every stanza break have been carefully thought through, and do their poetic duty.

How pain distorts.
Grotesque, diluted self, a Capgras self
that sits where suitcased self once sat.
A burst fat fruit,
reduced,
all outline gone.
Self’s reliquary: body — the betrayer.

High on an exhibition’s plinth,
Saltcellar‘s perched —
a fretwork aedicule,
an ivory trinket-monument, a tomb
for salt’s white dunes.

From round its waist,
four guardian snakes extrude
their ductile necks.
Are almost nose-to-nose
with carved fierce dogs,
protectors against ghosts.

are the patient, and here
is your shortlist of choices
— see how they smirk.

Introduced — by accident —
into the limpid rivers of Gabon

A skateboard shape, a rotten tree-trunk’s
lopped-off shank, it concentrates.

To yardstick length extends.
Wet synods of it meet,

Now every channel, suddenly,
is numbed.

SPRING’S BRIGHT PARADISE HAS COME TO THIS

I was ashamed
when we made our way through the lobby.

You walked so slowly.

I tried
to stay in step.

You sat,
out of the cold,
on the fake art deco bench.

I waited with the doorman,
for a cab.

You were so thin, your hair
grown out in tufts.

I said you could go to a barber
and you said, yes, you could,

but you never went.

So that I wouldn’t see

your winter hair,
your concentrating face

in the lobby’s
pitying
mirrors.

If there’s no after-life

— and it hardly seems likely
that there is —

those memories
with which

no bliss could co-exist,

but stripped of which,
the self’s

(So much
to forgive God for —

one’s own sins
tiny,
next to his.)

I know
you’re nowhere now
— as I will be.

So grief
will have a stop.

Be the first to review “No Lifeguard on Duty” Click here to cancel reply.