nothing or next to nothing

a novella by
Barry Graham

After finding their mother dead at the breakfast table and subsequently being abandoned by their father, half-brother and sister, Derek and Daisy Kehoe are left to fend for themselves. Their relationship quickly suffers from patterned violence, abuse, and neglect, until Daisy herself disappears under curious circumstances. Derek slowly gets his life in order, finding stability through college, a steady relationship, and money he inherits through a series of botched armed robberies. But of course, nothing stays stable for long. Everything and everyone in Derek’s life has an ulterior motive, reasons for embracing him and reasons for throwing him away. 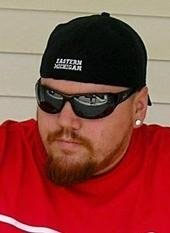 Barry Graham received his MFA from Rutgers University, where he currently teaches writing. He is the author of The National Virginity Pledge, which was a finalist for the NGI Book Award for Short Story Fiction. One of the stories therein was awarded the 2009 Jumpmettle Award for Excellence in Fiction, and two other stories were nominated for the Pushcart Prize. Graham is the flash fiction editor for DOGZPLOT and a contributor to the lit blog THIRD FACE.

A Review by Martin Macaulay
In a world in which nothing or next to nothing matters anymore, Barry Graham’s hero Derek is doomed because he hasn’t erased his last shred of decency yet. He suffers abuse, heartbreak, beatings, and ultimately the loss of the only person he ever cared for, because he can’t believe in a world where a McDonald’s restaurant might be the last church, and an okay BigMac our last prayer. Graham’s book is an elegy to something we’ve lost without noticing or caring. It’s a mean punch to the chin; it floors you, and still you’ll be glad you took it.

With its seamless juxtaposition of tenderness and violence, absurdity and cruelty, Nothing or Next to Nothing is a well executed experiment in 21st century American Naturalism.

Barry Graham’s Nothing or Next to Nothing takes an unflinching look at the land Whitman once lauded, a land now pimpled with Golden Arches and populated by heads full of American Dreamsturned rancid. No illusions here, friends. No redemption, either. Just the bones and gristle of a hard life. Graham’s distinctive prose illuminates those things usually left in the dark corners of American culture, places Uncle Walt could never have imagined.

We left Louisville two weeks after Daddy died and spent all summer digging for dinosaur bones at the bottom of a dried up creek in the backwoods of Dowagiac. Dirt and rock and large picks and small picks and trowels and measuring tape and bruised skin and bloody bandages and blisters. There were never any fucking bones. She was such a stupid bitch, Sherry was, I wanted to tell her that there were no dinosaur bones in Michigan, that people would dig and sift for a hundred more years but nobody would ever find them, that the movement of glaciers back and forth scraped away the layers of rock that contained all their remains. And erosion you stupid whore, what about erosion? But I loved her then, or maybe I just didn’t know shit about paleontology, so I kept digging.

It was a little yellow pop up tent made for two. We built fires and roasted frogs and crawfish and waded knee deep in Dowagiac Creek hunting carp with sticks carved into spears then took turns cutting leeches from our bare skin when we made it back to camp. At night we slept side by side, sweating into each others pores and counting stars and watching them fall while we made wishes that wouldn’t come true.
Lying beside us in the tent was a loaded .22 rifle she kept wrapped in an old wool blanket next to the flashlights. Some nights I heard snakes coil themselves around the strong branches of maple trees, and wolves grow massive claws and fangs by the magic of a full moon, so I’d unwrap the blanket and rub the barrel of the gun against my cheeks and chest which should have made it safer to sleep but didn’t.

Sometimes I slept the other way, with the side of my face pressed against Sherry’s chest, listening to her heartbeat. I counted them when I couldn’t sleep, when I thought about Daddy helping me use the gun to scare away rodents and chase wild turkeys through the green grass of Kentucky. Sometimes her heart beat too fast or too slow or sometimes not at all. It was always working and not working. Sometimes I shook her awake so it would beat again. She’d push the back of my head harder into her breasts and kiss the top of my head then I’d fall asleep.

Sherry slept naked every night. Her skin was dusty. Always dusty and sooty and silky and soft and the dust made me sneeze into the back of her hair so I washed it for her every morning after the sun rose and she cooked us eggs and pancakes on a thin slice of sheet metal overtop the near dead fire from the night before and we ate while the chickadees and juncos sang and the silence of southern Michigan came to life all around us. By the end of the summer her skin became my skin, her breath and blood and breasts and bruises and black rings around her eyes, all became mine.

We dug every morning after breakfast. Arrowheads and old coins and jewelry and broken pottery but never dinosaurs.

“It’s a fossil then. It looks really old. We should keep this, right?”

“Hand it here.” I did. She crumbled it between her thumb and forefinger and sprinkled it into the dirt like pixie dust.

“They’re pseudofossils. They’re not real.” She wiped the corners of my eyes and sucked my tears from her thumb and explained the differences in fossil types while I tried to stop crying. Pseudofossils are formed when small spaces exist in rocks and they fill up with organic material and leave false impressions that mimic the real thing. She talked about living fossils and micros and macros and resin and compression and trace fossils, which we found quite frequently, which really meant dried shit.

“Everything we take from the earth has to be returned Daisy. It makes us all stronger.” I grabbed my hand pick and kept digging.

That night I dreamed we finally found bones. Squamo-occipitals and scapulas and sacrums and a single skull. It was Daddy’s skull full of maggots and carrion beetles feeding away where his brain should have been and both eyes were still in his sockets and I dug the hole deeper and dropped him back in and covered him with dirt and then I woke up. By the end of the summer I could almost make it twenty-four hours without sleep.

“Where’s the flashlight? I can’t see anything.”

“We can’t. Just hold onto my arm. Are you dressed?”

“No. Why do we-” She put her hand over my mouth and held my wrist and led me out of the tent and into the creek where we waded upstream a half mile before I got out and sat cross legged on a large log beneath an elm tree.

“Stay quiet and don’t move.” She disappeared. The sun rose and set and I kept sitting.

Sherry was carrying the .22 rifle when she found me the next day, still sitting cross legged on the large log beneath the elm tree. We never made it back to Dowagiac. She rented a one room shack from a one-armed walleye fisherman less than a mile from an abandoned mine near the mouth of the Manistee River on Lake Michigan where we spent the better half of September sifting for gold with plastic pans and screens and shovels and sluice boxes we borrowed from the fisherman’s only friend, Linford, a homeless man who smelled like Smartweed and looked like Daddy, with dark hair and dark eyes that watched me while I worked; always in expectation of something he couldn’t have unless he took it and he never did.

Sherry and I slept together under a black and blue blanket on a blood stained queen sized mattress in the corner of our room. The wind blowing in from Lake Michigan made the nights unbearable, so Linford lent us his kerosene heater and we let him sleep on the floor beside it. He owned lots of things for a homeless man: old carnival bumper cars and bird cages and Korean binoculars and empty egg cartons and two more kerosene heaters, both black, both ending up in our shack as September ended and the nights grew colder and my space in the bed grew smaller. I slept with the front of my body pressed hard against the weather-beaten wood wall while Sherry pressed hers against my back and breathed and bucked and braced and bit into my shoulder blades while Linford dug his dirty fingernails into her bare hips and fucked her.

She made scrambled eggs and sausage and blueberry muffins for breakfast and we ate them while Linford put his blue jeans on overtop his long johns and filled the kerosene heater before he left. Sherry wrapped her arms around my neck when she heard the door close and whispered, “he did it Daisy, he found gold.” She repeated the word gold and we both cried.

We sifted through sand and rocks and gravel for most of the morning, watching the mud spill over the sides of the plastic pans, but the bottoms were always empty after the water washed everything away. Sherry found a fishing pole with a spin cast reel and a brown tackle box full of flies and fishing line and lures and fake worms when she went to take a piss. They were underneath an upside down paddle boat left alone along the edge of the lake, so we put it in the water and pushed it a little ways from shore and got in while the salmon fishermen heading out to the docks watched and whistled when Sherry’s shirt got wet. We sat quiet and floated for hours and listened to the sounds the sky made and counted the clouds as they passed by us or we passed by them and I wondered if Daddy knew I was looking up hoping to find him. I wonder if he knew about Linford and the gold.

If you’d like to read the rest of the story, order nothing or next to nothing by Barry Graham today.

Be the first to review “nothing or next to nothing” Click here to cancel reply.