Songs from the Deep Middle Brain 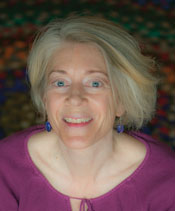 Barbara Ellen Sorensen writes for the Tribal College Journal and various websites. Her poem, “Song From the Deep Middle Brain,” was a finalist in the 2009 Joy Harjo Poetry Competition. Sorensen lives in the foothills of Colorado with her husband. She hikes and snowshoes regularly.

Barbara Ellen Sorensen’s poems pry open the reader’s awareness like the “ivory petals of yucca,” reminding us of the things we cannot retrieve, the small things we hold, and that which we have known forever. A truly intimate and celestial space where “yew berries, little mariposa souls rattle out instead of words.”

Barbara Sorensen’s poems sing with sonorous language about family, place, healing, and what it means to be human; well-crafted and exuberant with depth and meaning, this collection is simply mesmerizing.

When the body, the intellect, and the imagination all find a voice in language, we witness a very rare moment of poetic grace. Sorensen’s poems succeed in doing what all great poetry must do –“become a light to signal something /behind the mesh of bones.”

me watching her face
in the soft cadmium orange
light of her kitchen,
just before she takes me
to the airport. She dreamt last night
about our father, how he stood
over our beds and called to us
gently when we were children,
his loneliness sweeping like frigid
wind across a glacier tarn.

We did not know why
when he drank he became frightened
of our lengthening bodies
and spoke of our transforming
as if we were not part of it.

My sister remembers
how we would hear him coming
down the hall, and rushing to her bed,
I slipped under her arm,
a pasque flower hidden beneath snow.
She remembers how I pressed against her.

To this day, I know the female body
is a quiet space I can lean into
like entering a thicket of reeds
in water, the soft terrain
tucking me back
into the small frame
that my father, sorrowing,
could not retrieve.

Song From the Deep Middle Brain

When everything around me tremors,
why should I be still?

Emerging from my left
side came this palsy,

my arm transformed
into frangible branch of cold leaves

wavering, made slow, heavy
by invisible wind or ice.

light that slid down my arm,
down to my fingers,

as though many synapses
spoke only gibberish to one another,

unaware they were no longer
transmitting but sinking fast as sound

slips from ocean shelf to slope,
to rise, then irretrievably from the plain.

My father’s hands shook, Anya said,
as she manipulated my body

through warm water.
She held me up and her fingers

caressed each vertebra,
and I bobbed as if atop a wave,

a pale, scarred fish.
When I was a little girl in Poland,

she began her story,
we had to cross a border

and there were men demanding our papers.
My father could not open them

because his hands shook,
and his papers fell like the pappus

of dandelions onto a frozen ground.
Why are you shaking they asked him,

searching his face for signs
that might transmogrify it.

I am a child of war, he told them.
At this, they laughed and laughed,

but let us pass.
Why did they laugh, I asked.

Anya shrugged and said:
You see, many things can cause a tremor.

I stretched under her
steady healing hands

as they coaxed my limbs
to release an invisible pain.

She knew of places in my heart
where I would eventually come to rest,

once I had learned
what children of war learn:

how the body submits
to absolution so it might again float.

From the very beginning they came,
bearing the rosaries of snow.

One had the palsied foot
and leaned toward you, stamping
the ground, declaring you would see fire
when you were just a child and knew nothing.

You looked down at your Easter dress
and the ribbons quivered.
It was the first time you could make things move
with fear.

One day, in Missouri, a very old black man
approached you in a bus station
and whispered, Be careful,
your heart is in your eyes.

His hands took your hands and they were like ash,
and you watched as his face disappeared
into the crowds of rapture
where others, too, were carried away and marked.

This time, you have asked to be healed.
Oil, candlelight, and incense form a safe
paradise and hands slide down your head
like your father brushing your hair.

Somehow you can’t hear their prayers.
You hear the pleading, the insistence,
but your prayer is your own:

Five seeds inside an apple form a flower.
I have seen this with my eyes
and traced the tiny pockets with my fingers.
It is forming a rose.

A good friend tells you secrets of a harp:
lean against one,
letting amiable fingers thread a timbre
and the draining dopamine will return.
There are rules, of course:
the body must first remember to move
like a child: my thin arms to and fro.

Others take you to watch cranes
migrate and you hear them speaking
to you from an impenetrable height
as they till the sky.
A cool leaf slips from your heart
as you try to follow,
your arms outstretched beneath them.

Illness is the smallest of ancient planets,
building its tiers in the sky piece by piece.
Far below, you have no warning
when it finally manifests itself

as quietly as a rose,
the resin of its garnet mouth
singing, it too, a healing,
reminding you of what you have
known forever.

Be the first to review “Songs from the Deep Middle Brain” Click here to cancel reply.