Tools & Resources to Nurture, Inspire, & Empower the Writer in You 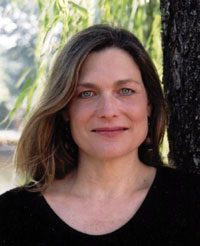 Maureen Ryan Griffin has enjoyed spinning words since her “Cat in the Hat” days. An award-winning poet and nonfiction writer, she is the author of two collections of poetry, This Scatter of Blossoms and When the Leaves Are in the Water, and a commentator for Charlotte, North Carolina’s NPR station WFAE 90.7. Maureen offers writing and creativity classes, as well as individual coaching and critiquing, through her business, WordPlay

Introduction
“In the story ‘Rumpelstiltskin,’ the beautiful girl had straw with instructions to spin it into gold.”

Carolyn Noell wrote these words in one of my classes as she explored the gold writing offers. “What do I have?” she pondered. “Only words . . .”

Only wonderful words. The stuff we spin into writing that entertains, educates, inspires.

What would my life be like without the joy and fulfillment of spinning words? Without the beautiful, useful words of others, from the fairy tales and songs I loved as a little girl to the poems and stories I love today? Even as I write on this particular morning in April, words of Robert Frost’s come, unbidden, to keep me company: “Nature’s first green is gold.”

I’m grateful to Frost, and to all the writers who have contributed so richly to me through their words. This book is my way of passing their gifts along to you. It is a guide to the craft and practice of writing, but, even more, it is a guide to reaping the rewards writing provides.

I don’t mean money, although some people do get rich through writing. I’m thinking about other kinds of gold, like that mined by my student Chris Daly. I had the honor of introducing Chris to the poet Billy Collins, whose work so moved her that she wrote a poem for both of us which contains these lines:

Your world expands; your heart grows a little bigger
You are renewed, refreshed, reborn

It sounds like an exaggeration to say that writing has changed my life. But I know it’s true. An exercise in my first writing class last year started a chain of events that not only transformed my relationship with my daughter but also helped her become a happier person who feels accepted at school for the first time in years. At the prompt blue, words began to pour out of me onto the paper so fast my hand could barely keep up. I wrote about refusing to paint my daughter’s room blue. I cried as I read it aloud in class. I realized that it wasn’t just about the paint; it was about me refusing to accept my daughter for who she really was. As I continued to work with the piece in the following weeks, I was able to stop trying to change my daughter and instead, to stand with her as advocate and supporter, and eventually to understand that she needed to go to a different school.

Writing helped me do that. It’s creative outlet, life coach, and self-actualization therapy rolled into one. It helps me be a more courageous, compassionate, wise person. Writing helps me set my intentions, and then work toward the things that are important to me. At the end of the writing class we were asked to write down where we wanted to be in our writing life in one month, one year and so on, into the future. I wrote that I would be a published writer. Pretty ambitious for a brand new writer who was in the habit of keeping her opinion to herself for fear of offending someone, and who was afraid to take risks for fear of failing. Six months later, I have found the courage to send out some essays. My first essay was just published, and I have a commentary coming out on the local public radio station based on the experience my daughter and I had that started with that first writing exercise on the word blue. Writing helped me do that, too.

Janet received all this through exercises you’ll find in this book. The avaricious king in the story of “Rumpelstiltskin” might not have appreciated wealth in this form, but it is gold nonetheless. Imagine being able to change for the better, not only your own life, but the life of someone you love. Writing offers this opportunity, and so many others: laughter, perspective, growth, an ability to remake an experience, to declare its meaning and value, to claim power in any circumstance.

Now I’m thinking of my friend James Howe, co-author of a children’s book called Bunnicula which, with its sequels, has sold over 8 million copies. In a monograph included in a special anniversary edition, Howe recalls how he and his late wife Debbie began this tale of a vampire bunny at their kitchen table. The monograph concludes:

As Bunnicula celebrates the twentieth anniversary of its publication, it is a time for looking back and remembering, and I found I did remember—not all the details, but a tomato-red table and coffee-stained scrap of paper; the sound of laughter; and the good company of words—words, with their power to create characters and worlds, to light up the darkness, and, in the face of impossibility, make anything seem possible.

Howe speaks of “the face of impossibility” because six months into the writing of Bunnicula, Debbie was diagnosed with cancer. Even in the most difficult times, he asserts, words make a difference. Writing is a wheel on which we can spin gold to light the darkness that we all encounter from time to time in our lives.

Sometimes that gold comes in writing to an audience of one—one person you love and want more than anything else to comfort—and succeeding so that the healing power of your words lives on. James Howe’s father found that strain of gold, as recounted by his son:

Oh, I do believe in the power of words—but there are times when words elude us. Times when words simply cannot express what it is we are feeling. I remember calling my father during the final months of Debbie’s life when she was in pain and we knew she did not have long, and I cried over the phone and all I could ask was, Why? Why, why, why? Why is this happening?

My father, being my father, struggled to give me an answer. But the only answer he could give me was ultimately the sound of his own crying.

Several days later I received a thick envelope in the mail. In it was a long letter from my father. He had stayed up the entire night after we’d talked on the phone, unable to sleep, and he tried to find the words to give me the answer to the question, Why?

Somewhere I have that letter. I don’t remember the words he wrote, but I remember that he wrote the words. He stayed up all night to find the words, to write them down, to send them to me to read.

James Howe shared this story in a speech for the International Reading Association in May of 2000 entitled “Solving the Mystery from Within.” He went on to speak of what may be the most valuable writers’ gold of all:

Over and over, we read the work of writers who have let one word take the hand of the next and the next until a story has been spun and truths have been told.

As writers, all we can do is trust the words to lead us and hope that when we are done, the reader will respond as Saul Bellow puts it so eloquently:

“You only know the truth of a poet or an artist when your heart rises up and says, ‘Yes, yes, that’s it. I’ve known it all along, only now it’s clear to me because he has said it.’”

From the silly to the serious to the sublime, I try in my books to give the readers words to recognize their own stories, words with which to tell their own stories—and an understanding that words empower them.

Isn’t that a kind of gold, spinning words that make another’s heart rise up? I couldn’t find a more appropriate writer to speak of the satisfaction of eliciting that response, that flash of recognition, in readers. For, years before I met Howe, I had read two of his Pinky and Rex children’s books to my then seven-year-old son Dan. And after a moment or two of satisfied silence, he’d said, “Mommy, that boy is like me.”

My son had already begun asking those age-old human questions: Who am I? What do I love? Where is my place in life? And he’d found some answers through a boy named Pinky, who was grappling with those very same questions, clothed in the language and circumstances of second graders. It was a great comfort.

“Mommy, that boy is like me.” Fast forward four years. How I laughed when, flipping through Bunnicula, I came across a passage in which a boy named Toby is describing Robert Louis Stevenson’sTreasure Island to his dog Harold: “It’s all about pirates and this little boy just like me.” Pure gold, creating words that open us to our shared humanity.

There’s more, so much more gold in writing. Assembling this book, I felt at times like that miller’s daughter—piles of straw all around me to spin into something that would help you spin gold. So many words to choose from: mounds of student writing, rooms filled with books. Which were the right ones to use?

And then I remembered something very important—you. The one reading this book. You, with your own splendid gifts and your own magnificent stories to spin. The right words are the ones that you will write.

Thank you in advance for your time at the spinning wheel. Your writing will make a difference, in ways you can’t imagine and may never know.

Be the first to review “Spinning Words into Gold” Click here to cancel reply.