The Algebra of Snow

The Algebra of Snow is a novel of subtraction. It is about a mathematics professor alone in the Adirondack Mountains in winter. She has two dogs and one estranged husband. Structured around the fall and winter holidays, the novel follows the severe winter as Amelia retreats to an inner landscape of loss—husband, dog, child, mother–that ultimately opens up her ability to be a part of the world. 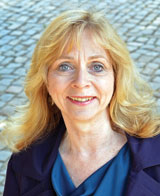 Ginger Moran is a teacher, author and single mom of two boys. Her areas of expertise are in fiction and creative nonfiction, editing, coaching, and creative survival.  She holds a Ph.D. from the University of Houston in Literature and Creative Writing and Bachelor’s and Master’s degrees in English from the University of Virginia. Her work has been published in Salon.com, Oxford American, Literary Mama, The Virginia Quarterly Review, Feminist Studies and other journals. She has written three novels, a collection of essays about her years as a single working mom, and a nonfiction book on custody. She taught at Spring Hill College and Fisk University and currently edits and serves as the associate director of Iris, the University of Virginia Women’s Center magazine. The Algebra of Snow was nominated for a Pushcart Editor’s Choice Award.

To sustain what is finally a one-character novel, with only three ‘scenes,’ so little dialogue, and all of the significant action happening in an off-stage past or a raved-up hallucination is impossible. Did I forget to tell you that? Did I forget to advise you that when a writer has a single character alone in a deep woods cabin in winter, it is a harrowing policy to have that character subtract and erase the few props of her emotional and narrative existence?

The Algebra of Snow: A Bedtime Story for My Mother by Ginger Moran is a powerful and disquieting story of a woman trying to add up the parts of her life–past, present, future–to reach a sum, a conclusion, that makes sense. The setting–overwintering in a cabin–is apt for Amelia’s isolated feelings and her struggles with meaning, with mathematics and men, with parents and dogs. Although The Algebra of Snow is without a doubt smart in its language and sophisticated in Amelia’s takes on life, underlying everything is passion–some of it sensitive, some of it raw, all of it authentic. Amelia speaks to and for her dead mother. Amelia makes brutal love to a dark man whose very existence is called into question. Amelia is a strong, vulnerable, smart woman and a delight to meet and come to know on the pages of The Algebra of Snow.

In her novel The Algebra of Snow Ginger Moran bestows her readers with the unforgettable narrative voice of Amelia–incisive, frank, and beautiful. Amelia’s winter of solitude in a snowbound cabin as her marriage and professional life unravel leads to the icy edge of madness and finally to awareness potent and delicate as the first flower of spring. Hers is a voice as beguiling as Scheherazade and as compelling as Woolf.

–Ross Howell, writer and professor of English at Elon College

One woman’s journey into loss, loneliness and self-discovery, The Algebra of Snow is evocative and compelling with striking imagery not easily forgotten.

Nothing could ever be too safe. The woman knew she was silly about it sometimes. A person with a more practical turn of mind would laugh. But she had yet to make herself into a practical person, so she applauded the brick patio between the rest of the Virginia farmhouse and its kitchen. The old house at the foot of the Blue Ridge was wooden and in the kitchen was a big wood-burning cookstove, a Mephistophelean combination without the buffer. She enjoyed the word “Mephistophelean” when she came up with it.

The woman sat on the plastic-cushioned kitchen chair she’d brought out. Snapping beans her husband had harvested that morning and would expect for lunch when he came up from the field, temporarily contented, she watched the little girl play with a saucepan and spoon at the edge of the bricks.

She pinched the end of a green bean with her thumbnail, snapped the body of the bean in thirds, and dropped the pieces in the heavy ceramic bowl on her lap. For now she was not even anxious over crazed rustics with sawed-off shotguns, cows with anthrax, or wolves. Glad for little safeties like the patio, she dropped her recognition of them into the silence of the country like stones in a wall against her future fear.

She was not so afraid for herself as for her three-year-old daughter.

The child had abandoned herself to an elaborate fantasy game with the saucepan and spoon. Several of her favorite imaginary playmates were at her dinner table. She was conversing and laughing with them as she served the food from the saucepan. Occasionally, her invisible companions got out of hand and she sometimes argued with them or hit them with the spoon. But she had her mother’s timidity. Even the reprimands were quiet.

The large man was most often a problem. Today he was making a pig of himself, as usual. He often had to be scolded and frequently sent to his room. He was never good about that. He whimpered and begged to come back. Sometimes she gave in and let him sit at the table again, but her real feeling was, if you’re going to make a pig of yourself, you’d better be ready to face the consequences.

That was one of the few things she didn’t see just the way her mother did. When her mother played the eating game with the girl, she would talk her daughter into letting the fat man back.

The little boy was almost always well-behaved. Sometimes the girl had trouble keeping up a conversation with him. It wasn’t rudeness, really, on his part. He was just daydreaming of somewhere else, of other things.

When the girl was tired of scolding the fat man or trying to get the boy’s attention, she just sat back and listened to the Pearl Lady. The lady had lived everywhere and told stories about her life in a big city where she walked a Boston terrier with rhinestones on his collar. When her mother played the game, she supplied new stories for the Pearl Lady.

But even the lady could get dull, as she was doing then. The little girl put down the saucepan and spoon and went to see what her mother was doing.

The woman smiled at the child. The girl stuck her hand in the bowl and pulled out a bean section.

Mother and daughter understood each other. The girl fingered the piece once more, rubbing her index finger against the grain of the bean. It stuck for a second to her skin, released itself, and fell into the bowl.

“All done,” the woman said. She stood up with the bowl in her hands. “You can stay out here on the bricks, but don’t go off them. Daddy hasn’t mown the field up here yet.” She pointed to the tall grass just beyond the bricks.

The girl looked out into the field. When the grass was short it was her favorite place to play. It was bordered on the far side by a low stone wall. Her mother let her play there without supervision because she could not get over the wall and onto the road.

The woman went inside. The girl returned to the edge of the bricks. She banged around the inside of the pan a few times with the spoon.

There was danger in the field, she knew. Once her father had carried her on his shoulders down a dog trail through the brambles and poison ivy to look at a thick black snake sunning itself on the stone wall.

But the cornflowers growing as high as herself were the color of her eyes. She touched her eye experimentally, drooping the lid so her finger didn’t go in. She remembered the color from the mirror.

From the open kitchen window the woman watched the girl lift her finger to her eye. She did not call out when the girl stood up and stepped off the bricks. The woman was, for the moment, more curious than afraid, and once she’d begun to suppress her fear, she found it easier to continue. Her daughter was smart enough to understand why she was banned from the field.

Just before the girl disappeared into the tall grass she turned to look toward the kitchen. The look was enough to keep the mother quiet even then. It was not a look of mischief or of defiance but one of regret.

If you would like to read more of The Algebra of Snow by Ginger Moran, order your copy today.

Be the first to review “The Algebra of Snow” Click here to cancel reply.