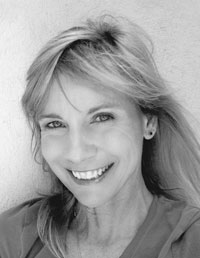 Amy Pence has published over one hundred poems in publications such as New American Writing, The Oxford American, The Antioch Review, and Quarterly West. Her short stories have appeared in Storyglossiaand Silk Road, among others. Poets & Writers has featured her literary profiles and her essays on Emily Dickinson appear in The Writer’s Chronicle. She is the author of the chapbook Skin’s Dark Night and her poetry collections have been finalists for many awards, including The Walt Whitman Award. She earned her M.F.A. from the University of Arizona, and is a senior professor at DeVry University, Atlanta, where she teaches writing and poetry. Amy spent her childhood in the French Quarter of New Orleans and her adolescence in Las Vegas. She now makes her home in the woods of Carrollton, Georgia with her husband and her daughter.

This is an important book. Pence’s poems compress the best of late 20th and early 21st century poetics in a powerful collection that collapses memory, biography, history, pop culture and aesthetics. The poems all-at-once honor the narrative, meditative and rhetorical traditions, making this book and Pence’s voice rare and fresh–a collection with all the qualities of linguistically exciting and meaningful contemporary poetry. Ever-present is the idea of making and unmaking, the endless tangling and untangling of time, language, memory, and reality. These are poems of such richness (“Marginalia: An Elegy”)–the compassion that can be wrung from want and beauty and loss.

Amy Pence’s wonderful debut collection The Decadent Lovely takes us on a powerful psychological and emotional journey. From scenes of a complicated but vibrant family life, to lost love, to childbirth and parenthood, to re-marriage, to illness and finally to the loss of a parent, Amy Pence sings here deftly, intelligently, and with musical finesse of a complicated web of art and humanity, art and suffering, art and discovery, art and love.

The Decadent Lovely follows a young girl as she deals both with her parents’ traumatic divorce and the subsequent move to Las Vegas, a city described as an alien landing space, where sunflowers turn “redundantly heliotropic, tuned like satellite dishes.” For Pence, Vegas in the ’70s is still a garish affair but one much lonelier and forlorn underneath, a place where showgirls “untime time,” never aging on stage but suffering their eyes to be “wedged open by giant hideous lashes.” Formally inventive and richly textured, Pence’s treatment of suburban life–“where grown men / lope in knee socks to their mailboxes”–can seem simultaneously scathing and tender. After all, it’s the place the speaker of these poems inhabits, and it’s the only place from which she can recover her parents or at least the memory of them.

You’re Gorgeous, But What’s with the Hair?

Overrated: cupidity, kitsch, sameness as in
balloon animals or Wilton cake decorating moves.
Or how about manikins? Their faces
absorb the centuries, though these days
who needs heads? The human

passes through like a filament-a swath
where the mind was: all gestures
fragmented, forgotten. My father bent,
rubbed his bald head from front to back,
peered up to signal the absurd.
My mother often crossed her eyes
when the ridiculous crossed her path.

Maybe they jilted each other, their divorce
more ruinous than they thought. Who’s to assign
blame now that they’re both dead?
Yet look how they posed in department store photos
late 50s in matching gingham shirts:
perfect models for who they were or
were meant to believe they could be.

Palpable as the weight of a dream, we eat
sour cherries to show something in the soul
has changed. While our bodies were young,
we’d never choose age. As our minds ripen,
we decline to go back. I say goodbye to my daughter–
off at thirteen to Buffalo. If we’re only
on orange alert, why does every passenger bear
the hairline of a terrorist? Her boarding pass
bleeps through the scanner, and we regress
to just plain mother and child, clinging.
Though her face hovers over me, it’s the same one
I remember at three stranded in the window
of the preschool, her mouth open
in a wide, perilous cry. It’s a rout, a glut–
images crowd us and all the lucid doors
of my childhood shut. Who we are
becomes visible decades away, hovering
as if by plane. From the air, she looks down
at the decadent lovely, the solitary fruit–
the solitary mouth on the fruit.

It goes beyond palliatives, such care. You won’t see them
perched on shelves at the Pic & Pac. It’s never copious at first.

For some it collects in the arteries or in the brainstem: vengeance,
obsession, or regret moves through channels, ends life

in a shudder. At its core, divorce makes everyone rotten:
even the child, daydreaming in her father’s Cutlass

Oldsmobile that Summer of Love, the sky romantic
with possibility. The child crafts a different future,

unmakes a ludicrous past. In the front seat, the father
strokes the hot-pantsed leg of his current paramour,

her hair flat-ironed, winsome. The child feels
the world’s skin: porous and tender to the aching.

Three X’s and the bones’ rubble held aloft
on earth’s marred and toxic surface. We lean in

to mark her monument–all three bracing
for different outcomes–a hex on the x,

undermined, breaking, coiled to our flaws.
I fall into lurid dreams, roam among my wrecked

metaphors: the bruised hippie at the door,
an eyesore, shoving my ancestors’ bones

back to make way for more. The past calls–
I crawl into the open maw of Marie Laveau.

Be the first to review “The Decadent Lovely” Click here to cancel reply.