The Hush Before the Animals Attack 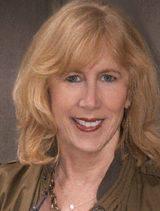 Carol Matos
Carol Matos lives in New York City, where she serves as Director of Administration at Manhattan School of Music. Formerly a professional photographer, her photographs have been exhibited in galleries in New York City and Europe. She was awarded semi-finalist status in the 2009 and 2011 “Discovery”/Boston Review Poetry Contest from the 92nd Street Y Unterberg Poetry Center.

This collection is a rare combination of intensity and intimacy, terror and lyricism. The voices that interest Matos are untamable-they contain suspense as they wrestle with sexuality, aging, and the all-too-familiar emotion of fear when tragedy looms. The centerpiece of the book is a series of elegies, which trace the unbearable grief of losing a loved one. While they don’t offer comfort, they offer companionship. Although the title poem is not an elegy, the poems admit that life is hard but the defiant keep going. You might be winded by the poems’ collusion of beauty and violence, but you will not shy away from them.

–Erica Wright, author of Instructions for Killing the Jackal

These fraught and urgent poems inhabit the anticipation implied by “before” as well as the uneasy minefield of recollection’s “after.” Narrative here fragments and reassembles as it is pressed into service to convey trauma, terrors, longing, and absence. Matos selects her details as a surgeon chooses instruments: this makes for a poetry of precision and necessity that probes with no easy consolation but with great intimacy and depth.

Carol Matos’ poetry is restless and relentless, a brave, sometimes raw, always deeply felt exploration of the physical and emotional experience of desire and longing, of sexuality, of love and of loss.

These poems hold tight to the obsessions that endure when precious life is pummeled.

I open to hear arias,
tongues spoken in trance. Shamans stun my spirit,

stirred by the labyrinth
at the basement’s knotty pine bar. I allow his hands

under my blouse, exciting
with mother’s bridge game in the house.
I whisper to his mouth, yes, I will do that.

His foreign body downs me
snake one swallow.

The words just fall out of her mouth,
so what are you going to do, hit me?
And he does,
breaking open her lip. At twelve-years-old
she hates cartoons. There’s always
a cute animal pushed off a cliff,
landing safely, only to be flattened
by a big steamroller. This is the first time
he hit her in the face. Usually it was her body.
She is reading her 6th grade yearbook
with a flashlight when her father
finds her still awake. She likes
the words printed under her photo,
“Future Goal: Lawyer,” and the page
of baby pictures-she’s in the center.
The next day is Sunday, and her uncle
is having a party for the whole family.
Her uncle is her dentist too. Sometimes she vomits
in the waiting room, right before he drills
her teeth. Her father doesn’t need Novocain
when his teeth are drilled. Driving to her uncle’s house,
her father says, tell them you walked into a door.
When they arrive, none of the relatives
ask about her red swollen lip
or why she pushes her food away.
After dinner, everyone wants to watch
home movies. Dimming the lights,
her uncle turns on the projector. In the film, she sees
her cousins running in their backyard,
chasing each other, splashing into a plastic pool.
She hears their soundless laughter and then notices
she’s in the film-hidden in the dark, behind the mesh
of the screen door, holding a glowing match.

At dawn his burning body brings me
back to night. We approach each other

sublime. No longer young I feel my way,
listening to crickets rub forewings in

the wind. Reeds brush my cheeks, geese
rush from me. Poised over our ending, I

bits of butterfly. We put this and that together.
I recall red ants carry unreasonable packages.

The director asked if we wanted to look at her one more time. I can’t remember if I did. I picture her lying in her blue chiffon dress. The dress I picked out of her closet the day before. My sister argued for a shroud. Dust to dust, leave the way you came, and all that god. My ex-husband spoke the only audible “yes.” My sister and I glanced at each other in recognition of his immediate response. Mother would have joined us in this mutual glance, but she was in the coffin. Five year’s ago I had given her a ring for her birthday, the amethyst heart-shaped ring she had wanted. I hated going to Florida. On our last flight down, when the pilot announced final landing she needed to go the bathroom. I insisted no. The plane touched down with my mother locked in the toilet. I had arranged for a Puerto Rican woman to care for her during the two winter months she lived in Florida. Mother had liked her immediately–she looked Jewish with her hairdo and Florida clothes. My boyfriend of many years placed the amethyst heart-shaped ring on my mother’s finger. I overheard the director say, Don’t use jewelry you might want later.

If you would like to read more of The Hush Before the Animals Attack by Carol Matos, order your copy today.

Be the first to review “The Hush Before the Animals Attack” Click here to cancel reply.