In 1962, a bigamist professional wrestler struggles to jump-start his flagging career. In Oklahoma City, he’s The Masked Demon and married to moody Darlene (formerly the “lady wrestler” Darla The Goddess of Sweet Sin). In Dallas, he’s Bible Bob and lives with sweet-natured Candy, a former Sears Roebuck sales girl fascinated with President Kennedy and Marilyn Monroe. In Houston, he’s Samson The Strong Man, a former World Champion in the Southwestern United States, and married seventeen years to prim Rachel Marie, the daughter of a fire-and-brimstone preacher. Against all obstacles, Daryl Lee (his real name) is determined to protect and care for the women and children he loves even as his personal life spirals into a dark and comic absurdity akin to a Texas Cage Death Match. 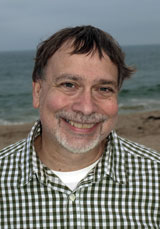 Mark Spencer is the author of seven books, including the novels The Weary Motel and Love and Reruns in Adams Countyand the nonfiction novel A Haunted Love Story. His work has received the Faulkner Society Faulkner Award for the Short Novel, the Omaha Prize for the Novel, the Cairns Short Story Award, the Patrick T. Bradshaw Book Award, and four Special Mentions in Pushcart Prize: Best of the Small Presses. His short stories have appeared in such journals as Chariton Review, Florida Review, South Dakota Review, Laurel Review, Beloit Fiction Journal, Natural Bridge, Amarillo Bay,Clapboard House, and elsewhere. He lives in Monticello, Arkansas, with his wife and children in the famously haunted Allen House.

As rich as Updike’s Rabbit Angstrom but darkly ribald, Spencer’s Samson grapples for salvation in the fixed-fight world of professional wrestling.

–Scott Kauffman,
author of In Deepest Consequences,
recipient of the 2010 Hackney Literary Award

Here is Willie Loman reborn as Samson the Strong Man, a bigamist and former brief king of the World Wrestling Association reduced to playing the (losing) villain The Masked Demon. By turns this novel is hilariously, grandly funny and then tragic in a way that turns classic tragedy into farce. It is also a tragi-comic love story in which love is also reduced to the absurd. One of Samson’s wives defines love as, “You know somebody really loves you when they shoot you,” and another of his wives defines love as, “when you’ll kill another man over a girl.” But like Lear and his three daughters, Samson is cast out by two of his wives, and it is the third who carries the weight of tragic love; at the center is the poor soul Samson, fat and clueless, trying like Willie Loman to get respect in a world that has passed him by. Arthur Miller and Shakespeare would love this novel; so do I.

–Red Hawk,
author of Self Observation: the Awakening of Conscience (Hohm Press, 2010),
winner of the 2009 Bright Hill Press Poetry Prize for Raven’s Paradise

Samson is lying on his back in the sun like a white whale beached on the patch of grass beside his and Darlene’s trailer home, trying not to think about the fight he and Darlene had before he came outside to sun bathe, trying instead to imagine being a movie actor.

“The gods are pleased, Hercules,” he says aloud to the white sky, trying to sound like Sir Lawrence Olivier.

Buddy Hoffman, the chief promoter of The World Wrestling Association since Stan Edwards died last year, has Hollywood connections. Jake The Snake (the son of bitch), Boyd “Bad Boy” Watkins, and Hammer Hamilton all got bit parts in the latest Hercules flick because of Hoffman, who left Samson a message yesterday at the arena in Muskogee, saying he wanted a private meeting with him in Dallas, and Samson figures–he hopes–it has something to do with him being in a movie.

But he’s worried, too, because other private meetings with Hoffman have been bad. In the past year, Hoffman has made Samson do a new act in most of the cities on his circuit, be somebody else completely–The Masked Demon.

Samson’s hope is based largely on the rumor he heard in San Angelo from The Grim Reaper that Hoffman is interviewing wrestlers he can lend to a Three Stooges movie in need of a lot of bodybuilders and strong men, a movie about The Stooges traveling back to the time of the Greek gods. If he has any lines to speak in the film, Samson wants to be impressive: “The gods are pleased, Larry, Curly, and Moe.”

“Oh, shut up!” Darlene says from inside the trailer.

Then he hears the screen door squeak, opens his eyes, and is blinded by the fierce Oklahoma sun. He lifts his head and distressfully notes (not for the first time) that he can’t see his feet for his belly; he remembers vividly when he looked like Mr. America. He suddenly doubts that Hoffman wants to help him get into a movie about Greeks and their gods. It’s more likely that he’d play a blobby monster.

A shadow falls over him. He begins to turn his head, and this is when it suddenly rains two gallons of Dr Pepper that Darlene has poured from bottles into a tin bucket she usually fills with hot water and Spic ‘n Span.

“Oh, honey. I deserve it. I know I do.” The screen door slams. The lock clicks. Samson gets up and wipes his face with the red beach towel he was lying on. “Now, honey, let me in there. I gotta wash this stuff off. Good lord, sugar,” and he laughs, “the fire ants will probably attack me and eat me alive.”

For a minute, the space behind the screen door is gray like a gloomy morning but then fills with the colors of Darlene. She is six feet three inches tall and weighs a hundred and eighty-seven pounds, a great big pink beautiful woman with orange hair and green eyes in lime green shorts and a red and white striped blouse about to burst with her breasts. Samson has heard that Hollywood actresses wear steel-reinforced bras to make their boobs look like torpedoes or the pointed protrusions on the front bumper of a ’58 Cadillac. Darlene needs no steel reinforcements. She is a miracle of nature.

“I hope them ants start with your pecker.”

“Now, honey, watch what you say. The neighbors will hear you. And Tina Lee, too. Where is Tina Lee? Did she hear you say that word?”

“She’s sleepin’. She can’t hear, and she’s too little to understand anyway. Peckerpeckerpecker.”

“I hope them fire ants chew up your balls and spit ’em out.”

“Honey.” Samson winces and squeezes his knees together. He looks around at the mobile homes nearby. In the one next to his and Darlene’s, an old rusty beige one with no shutters or skirt around the bottom to hide the weeds and concrete blocks, lives the nosiest and ugliest woman Samson has ever known–uglier than even poor Jean Anne, his twin sister, who lives with their mama still and will never get married, no way.

The neighbor is a pile of lumps: two lumps for calves, two for thighs, a huge undulating one for a butt, another lump for a torso, and disproportionately small ones for breasts and a head. Every time he steps outside, Samson sees her gray face pressed at one of her window screens, her stringy, mousy hair done up in two pigtails like a young girl’s, although she must be at least as old as he is, forty-three.

He fears that this hideous woman, who surely has never had a man, must be craving him, and when he has this thought, blurry images appear in his mind, and he shudders the way he does when The Harvard Horror (a guy who wrestles wearing a prep-school uniform and thick black-rimmed glasses) puts a Boston Crab Leg hold on him and Samson is supposed to experience pain no one in the arena or watching at home can imagine.

Darlene says, “I still don’t know why you have to leave tonight.”

Samson lets his eyes wander over their mobile home, one of the nicest in the park (Darlene should be more grateful, he thinks)–nice fake shutters on the windows, a fake chimney on the roof, and a really pretty fake fireplace inside, beautiful simulated walnut particle-board paneling in their bedroom. “I told you, honey, I’m sorry, but I got to be in Dallas in the mornin’ to see that promoter Hoffman.” The lie comes out smooth, slippery as a greased pig. He doesn’t see Hoffman until tomorrow afternoon. “It’s real important. Don’t you want me to be a movie star?”

“Can’t you change the time? See him later in the day so you can be with your family for a change?”

“Darlene, you’re bein’ unreasonable now. I’m tryin’ to make a livin’. This is the way you was with Tina Lee, too.” He looks at the section of the door behind which Darlene’s belly is hidden, where a new baby is growing. He has noticed that her belly already gently swells out from her ribs.

Just yesterday they found out for sure. Samson sat in the waiting room of the OB’s office, nervous as he was when he first started performing with The Baldwin Circus and Carnival back in 1936. Across from him at a desk was a cute little nurse, nut brown from the sun, who kept smiling at him because she had a good idea he was going to be a daddy again–everybody likes soon-to-be daddies, as if they must be naturally nice people if God would give them a little baby. Or maybe she was smiling because she got turned on looking at a man so big and powerful, a TV celebrity in the flesh, a former world-champion athlete–well, professional wrestler.

When the nurse got up from her desk and turned her back to slip a file into a cabinet, Samson studied her, tried to picture her wearing a two-piece bathing suit and working on that tan, tried to imagine the exciting contrast between her tanned parts and the parts that never saw the sun.

But, God, she was young enough to be his daughter. Just flirting would be a sin, especially under the circumstances, his big beautiful wife he loved so much getting checked to see whether her being sick and bitchy was because she was pregnant.

Still, Samson admired the nurse’s tan, kept thinking about pale flesh that never saw the sun, and realized how much the little woman, only about five feet tall with dark hair long down her back, looked like Candy, the reason he’s leaving for Dallas tonight instead of in the morning.

Flies are gathering on his head and shoulders. Slapping at them, he walks up the three wooden steps and stands with his nose pressed into the screen. “Please, honey.”

Be the first to review “The Masked Demon” Click here to cancel reply.