The Restaurant at the End of the World /Kenneth Womack

It is the morning of September 11th, 2001. Michael Jordan’s possible return to the NBA dominates the news, New York City’s mayoral primary is in full swing, and high atop the North Tower of the World Trade Center, the staff of Windows on the World prepares for the chaos of their daily routine at the nation’s most lucrative restaurant.

From cooks and housekeepers to food runners and managers, they share a myriad of stories about their challenges and frustrations, their hopes and dreams. While a hostess finds herself in the midst of a desperate search for a mysterious guest, a banquet captain confronts his memories about a colleague who died in the 1993 World Trade Center bombing. Meanwhile, a waiter tries to divert himself from his lingering regrets about having left his wife in bed on what would have been his day off. All the while, the assistant general manager finds herself at the mercy of flood and fire, not to mention a host of kitchen pranks and office high jinks.

An extensively researched book based upon the actual people who worked at Windows on the World, The Restaurant at the End of the World will appeal to anyone who has suffered the sudden throes of human tragedy–the loss of a loved one, who, seemingly moments before, was vividly living out their aspirations. 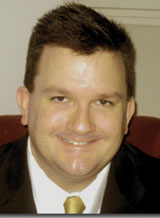 Kenneth Womack is Professor of English and Integrative Arts at Penn State University’s Altoona College, where he also serves as Associate Dean for Academic Affairs. He is the author of numerous works of nonfiction, including Long and Winding Roads: The Evolving Artistry of the Beatles. His first novel, John Doe No. 2 and the Dreamland Motel, won the Bronze Award in ForeWord Reviews’ annual Book of the Year competition for literary fiction and was a semifinalist for the James Branch Cabell First Novelist Award.

Flannery O’Connor once claimed that “extreme situations best reveal what we are essentially,” and further, that it is violence that “prepares [people] to accept their moment of grace.” As Kenneth Womack weaves us through the tragic lives of his 28 real-life characters who worked in the Windows on the World restaurant at the top of the World Trade Center, the reader is forced to take stock, again and again, of the meaning of his or her own existence—it’s as if we are all poised in Windows on the World. Womack’s words manage to affirm and redeem the legacy of these people’s lives—and perhaps our own as well—in a world in which we cannot be sure of even the next moment. The Restaurant at the End of the World is beautifully written.

—L.E. Kimball,
author of A Good High Place
The characters are doomed. We all know how the story ends. Or do we? In The Restaurant at the End of the World, Kenneth Womack dissects the narrative of 9/11 with a compound eye. Sees the known. Sees the unknown. Sees the unknowable. And that is the novelist’s charge.

Get on the elevator. Let Womack take you for a ride.

—Steven Sherrill,
author of The Locktender’s House
and The Minotaur Takes a Cigarette Break

Imagine that I am stepping off of the front stoop of my old apartment building. That I am strolling along the Upper West Side, like always. Just like any other morning.

It is a splendid, sunlit day, and I am wearing my brand-new Gucci pumps. Walking across 110th Street, I take the rustic, parkside staircase into the tiled recesses of the Cathedral Parkway station. It may have originally opened in 1904, but for my money it doesn’t look a day over 60.

I wonder, sometimes, what it must have been like to be alive back then, when all of this was different. Before the city had made, erased, and remade itself fifty times over. In my fantasy world, everything must have been slower–easier, even. I like to think that if we could somehow slow down the passage of time, if we could eke just a little bit more out of each minute, then we could get more depth out of life. That things might taste a bit richer, more diffuse. That we could experience the fullness of sound. That we could feel things more deeply–and longer.

Standing on the platform, I steal a glance at my new Gucci’s. They are polished, sleek, and fierce. If I have to live in the twenty-first century, I might as well enjoy its most expensive, elite footwear.

“You are practical in all things except shoes,” my friend Melissa reminded me as we patrolled the aisles of Verve last weekend.

You got that right, Melissa.

On the subway car, the 1 line streaks along Central Park, through Columbus Circle and 50th Street, alighting at Times Square and cutting a southerly swathe through the 30s and 20s before taking dead aim at the Financial District by way of the four brothers–Christopher, Houston, Canal, and Franklin streets. As the train makes its trek along Manhattan’s underbelly, I feel like people are staring at me. That they’re giving me the once-over.

It’s gotta be the shoes.

Flipping my MetroCard over and over in my hands, I prepare to disembark at the Chambers Street station. Just like every morning.

And then it happens. Calamity.

The car’s automatic doors slide open, and the inevitable forward momentum takes over. Despite the relative slightness of its heel, my right shoe lodges in the rubber-grooved runner that graces the exit. With the rush-hour pedestrian traffic pushing ever forward, my entire leg wrenches inside the Gucci before the force of the other passengers plunges me out of the car, landing me face-to-face with one of the stone mosaics pocking the walls of the station.

Placid and unmoving, the massive eyeball stares at me-without judgment, without emotion. What could it possibly be seeing?

As I catch my breath on the platform, I lift up my pump for closer inspection. My calf may be throbbing like nobody’s business, but there’s not a scratch on my Gucci. These must be really good shoes.

As the subway car pulls out of the station, I realize what a close call that was. Even several minutes later, I can still feel the adrenaline rush. For a moment there, in the midst of all that panic and uncertainty, it felt like I was on the precipice of experiencing the end.

Caught up in the sway of passengers disembarking the 1–not to mention the deluge of New Jersey riders emerging from the bowels of the PATH tunnels–I make my way through the concourse. Past Banana Republic and the Gap, past Papyrus and the Ann Taylor Loft, discount prices and all. Just ahead, the massive bank of escalators beckons upward.

WORLD TRADE CENTER, announces the marquee above the moving stairs.
Having averted disaster back on the Chambers Street platform, I join the ascending throng.

It is scarcely half past seven, and the towering, multi-story lobby already teems with commuters. Encased within the building’s marbled walls and golden trim, we comprise the perfect picture of the workaday world. We are bathed in the warm glow of a new day as the morning sunlight pours in through the lobby’s massive windows. Just above our collective heads, a phalanx of pedestrian traffic marches along the mezzanine that lines the building’s perimeter.

It is a magnificent sight to behold. For a moment, I am able to forget about the incredible pain that courses through my bruised ankle. Even after lo these many years, I still can’t believe that I work here–that I wake up every day and get to ensconce myself in this dazzling metropolitan palace.
You’d have to be pretty jaded not to be impressed by this place. It’s like the Pyramids–and I’m only half kidding. You can tell the regulars from the short-timers fairly easily. The regulars know the stats, the history of the Trade Center. And I’m no short-timer. I’m about as regular as they come.

It took four years and thousands of laborers just to construct the building itself, not to mention a six-year design phase. Each floor is over 200 feet wide, with a full acre of usable space. An acre.

And then there’s the height–110 stories at 1,350 feet. You can see nearly 50 miles in every direction. On a clear day, you can even glimpse the pristine shores of Connecticut. That’s right--Connecticut!

The building’s vast bank of elevators waits at the core of the lobby. The express is out of service, so I take one of the regular elevators–up up up!–to the Sky Lobby on 78 before transferring to another car for my final trek to the 107th floor, where the workday is only just getting started. An ear-popping minute ago I was waiting in the lobby of 1 World Trade Center. Now I’m standing at the entrance to lower Manhattan’s most breathtaking eatery.

WINDOWS ON THE WORLD, reads the placard in our lobby in the sky.

And you are with me.

If you would like to read more of The Restaurant at the End of the World by Kenneth Womack, order your copy today.

Be the first to review “The Restaurant at the End of the World /Kenneth Womack” Click here to cancel reply.